Sania Mirza is the single most influential sportsperson in women’s tennis in India. The girl from Hyderabad has got many laurels for India with her brilliant display of tennis. Along with Mahesh Bhupathi and Leander Paes, Sania has made her mark on the international circuit as one of India’s most grand slam-winning tennis players.

Sania Mirza played her first international tournament in 1999 when she represented India at the World Junior Championship in Jakarta. Her big break came in 2002 when Leander Paes decided to take her as his mixed doubles partner at the Asian Games.

The duo went on to claim the bronze medal. The rise has been steady since then. In 2003, Sania who was 16 years then, made India proud by becoming the youngest and first-ever Indian to feature in the main draw of the girls’ doubles junior Wimbledon tennis championship and winning the Grand Slam title.

Sania Mirza partnered with 13-year-old Russian Alisa Kleybanova and defeated Katerina Bohmova of the Czech Republic and Michaela Krajicek of the Netherlands 3-6, 6-2, 6-3. This victory came after a long haul of 51 years that an Indian girl figured again in the final of a Grand Slam. The last girl to do so was Rita Dabur, who had finished runner-up in the singles event in 1952.

“For a girl to pick up a tennis racquet and to want to be a professional—it was unheard of. People thought it was a joke.”- Sania Mirza

India is a cricket-loving nation, always has been. But for a brief moment in recent history, everyone spoke about tennis. Indian sportsmen, critics, journalists, schoolchildren, and even religious leaders expressed their opinion about tennis. All thanks to one woman – Sania Mirza.

Sania Mirza was born in Mumbai to a Sunni Muslim family. Her parents moved to Hyderabad when she was an infant. She started playing tennis at the age of 6 at Hyderabad’s Nizam Club. But soon the family could not afford the expense of the required equipment and travel. So, her father began coaching her himself.

Mirza has voiced her opinion against domestic violence, sexual assaults, female foeticide, and unequal pay on several occasions. In 2005, a group of Islamic clerics issued a fatwa against her, calling her skirts and t-shirts “un-Islamic” and “corrupting.”  This did not dishearten her, she continued to fight for what she believed in, and her fan base kept growing.

She received an honorary degree of Doctor of Letters from the MGR Educational and Research Institute University, Chennai in 2008.

Sania Mirza found love across the border in Pakistan. But love knows no boundaries and doesn’t understand religion. She was 23 at the time of her marriage to cricketer Shoaib Malik.

Sania feels that it was destiny that had a significant role to play in their union. Speaking to India Today, Sania revealed that the two met in Hobart for the first time but it was Shoaib who had planned the meeting all along. In her autobiography, Ace Against Odds, Sania mentioned that Shoaib came into her life when she was going through a bad professional phase. The ace player also said that Shoaib only wanted to see her happy.

But there have been claims in recent days that Sania and Shoaib are getting divorced after 12 years of marriage. As per the close friends of the couple, they have been living separately, and only the paperwork is to be done. The rumors about the two getting separated have circulated for quite some time.

Sania gave birth to a baby boy on October 30th, 2018, and named him Izhaan Mirza Malik.

Sania Mirza and her husband Shoaib Malik announced this on their social media pages.

“Excited to announce: It’s a boy, and my girl is doing great and keeping strong as usual #Alhumdulilah. Thank you for the wishes and Duas, we are humbled. #BabyMirzaMalik,” said Malik in his tweet. 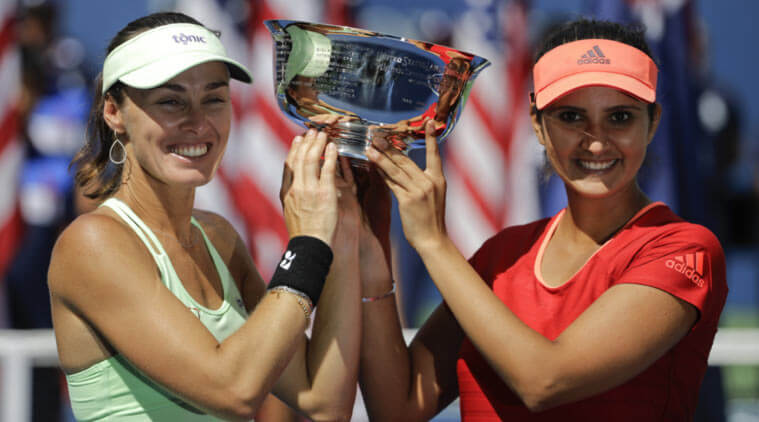 Thank you @cnnnews18 for the honor for ‘Outstanding achievement Indian of the Year’ ..
Thank you to @official.anuragthakur sir for the very kind words.. it was a pleasure and honor to be part of this amazing evening amongst the best in their fields 💜 pic.twitter.com/hZ4DuFwbb3

Nobody is getting over this 💔 🥺 https://t.co/GkWm9jV7rB