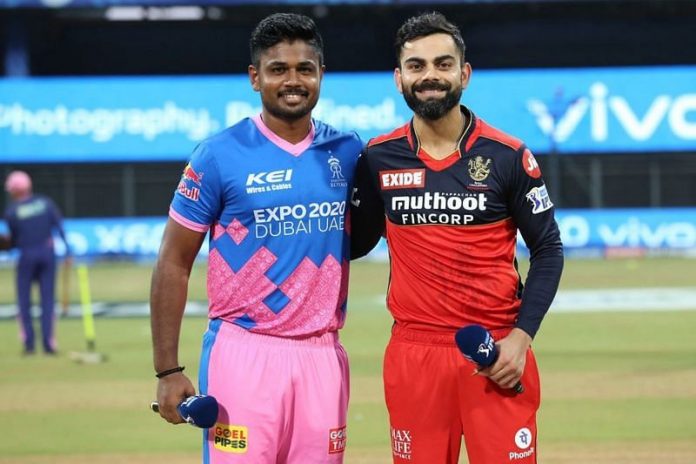 RR vs RCB Dream11 Prediction: It is time for the royal battle once again, and will we see the same thrill we witnessed last time? The two captains and their teams certainly look in the shape to give it their all and win over everything that comes in their way. Rajasthan has some winning to do to qualify for the playoffs, and even though Bangalore is in a much better position, they have to work to qualify as well.

Royal Challengers Bangalore is still in the third position in the points table because of a win against Mumbai Indians in their last match. They are getting better as a team, but they still have a lot of work to do. There is a scope of improvement in all the departments, and they have a good leader who can guide his team to exactly where it needs to be.

Rajasthan Royals have to keep continuing their hustle. They have given some decent performances but still, need to do a lot better. Only Sanju Samson has given some good performance. Apart from him, nobody has taken full charge to win the team some matches. They will want to give it their all and try and make it to the playoffs.

Sanju Samson – Captain Sanju Samson is leading from the front, and he is the only player who is giving RR fans some ray of hope. He will have to keep on producing good innings and hope that he gets some support from his teammates.

AB de Villiers- AB de is yet to give a good score in the second half of the season. We all know what he is capable of and how he has played in the past. If he gets going, Royal Challengers Bangalore will have nothing to worry about.

Virat Kohli – Kohli has regained his form in the last two matches, and he is looking as determined as always to win RCB their first title. He will have to keep this going to set a good foundation at the top.

Devdutt Padikkal – Along with Virat at the top, Padikkal has given some memorable performances, including, his maiden century against Rajasthan Royals in the first leg. These two will have to produce a similar masterclass this time too.

Mahipal Lamror- Not much was expected out of him this season, but he has given some powerful performances. He has the talent to strike the ball, which is proving to be very handy for Rajasthan Royals.

Glenn Maxwell- RCB’s most expensive buy this season has lived up to his expectations. He has won them a few matches and is looking in good touch. Maxwell has done his job with the bat and the ball as well. He should be able to continue this in the next match.

Dan Christian- Christian has been a part of many teams across the world that have won their t20 leagues. He would want to keep this going with RCB as well.

Harshal Patel- Patel has been very impressive this season, and he has done the job of bowling in the middle overs and the death well. He currently holds the purple cap and looks like he might win it comfortably.

Mustafizur Rahman- Mustafizur Rahman has been lethal since the home matches for Bangladesh against Australia and New Zealand. He can extract wickets from any conditions. He has to continue doing that here as well.

Yuzvendra Chahal – Chahal has done nothing wrong in the second leg. After a poor first half, he has now been economical and has also taken wickets. This is the match-winner Yuzvendra Chahal we all know and wish to see a lot more of him.

Chetan Sakariya – Sakariya has also been very consistent. He is taking some wickets in every match and maintaining his lines and lengths. He will have to be even more effective to get his team better results.

Royal Challengers Bangalore have won 6 matches in the ongoing Vivo IPL’s 14th season. The team is expected to win this match as well.

KreedOn Network
We are a team of sports writers who research about sports in India day in day out. Please reach out to us in case of any specific requirement of digital services on contact@kreedon.com .
Previous articleKreedOn Sports Buzz: Do you know Esports is all set to be part of Asian Games 2022? All the Latest news in Indian sports
Next articleKreedOn Sports Buzz: Know the Inspiring comeback by Taranjeet Kaur at U23 National Athletics championship – Today’s Trending Sports News