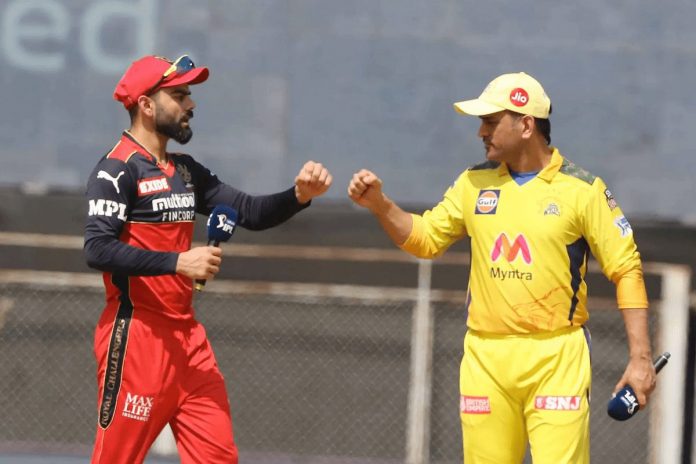 RCB Vs CSK Dream11 Prediction: Another marquee game is in the pipes. Chennai Super Kings will face Royal Challengers Bangalore in what is expected to be a huge run-affair. In the middle stage of the tournament, both teams would look to win as many games as possible to finish in the top two going into the playoffs.

Chennai Super Kings in their last game, came out of a tight situation to win the match. With some good batting performances, they reached a defendable total. Later on, CSK produced a tremendous bowling effort. They managed to defend a moderate total against a very good team. Time and again, CSK has shown that they are a strong unit, and in the next match, they can give RCB a tough competition.

Royal Challengers Bangalore would absolutely want to forget their last match. They faced bartering collapse, and the bowlers were left with nothing to defend. In this match, they will have to regroup and concentrate on what has been going well for them this season. They have the players who are the best in the best in the world and can make a comeback.

AB de Villiers- Apart from one or two games, AB de has consistently scored runs this season. He too did not do well in the last match but can make a comeback in the next innings to redeem himself.

Faf du Plessis- Du Plessis recovered from his injury and was included in the playing XI, but he did not start well. Otherwise, he is their best striker and was in a good form recently. He should be able to do better in the next match.

Ruturaj Gaikwad – In the last match, Gaikwad saved CSK’s entire batting single-handedly. He scored over 80 runs when nobody was able to score even a few runs. If he continues his form in the next match, CSK will be in a good position right at the start.

Devdutt Padikkal – Padikkal is a good find for RCB in the last two seasons. Along with Kohli at the top, he is giving them good starts and would want to carry that form in the upcoming matches.

Virat Kohli – Virat Kohli will be disappointed with his recent run, first in international cricket and now in the IPL. He is mentally very strong and would want to figure out what is going wrong with him and work on it.

Glenn Maxwell- Maxwell looked in a little hurry to score runs in the last match. The next time he is on the field, he will have to take a little time to settle and then carry on playing his natural attacking game.

Moeen Ali- Ali at number three, proved to be very useful, but the last match did not go his way. He will have to do what he did in the first phase for CSK to be in an even better position.

Dwayne Bravo- With the ball, Bravo had a good season in the CPL. He was able to get that form in the IPL as well. He also gave some handy runs at the end of the last match, which proved to be very crucial.

Deepak Chahar – Chahar, with his swing ability, is very important at the start of the bowling innings. He can generate swing in any conditions, and take wickets which in turn puts a lot of pressure on the opponents at the start.

Yuzvendra Chahal – Chahal has always been RCB’s go-to bowler to take wickets, but this season he has not picked many. He is a smart player and should be able to get some wickets from now on.

Mohammad Siraj – Since the Australian tour, Siraj has become a very mature player. He has not taken many wickets this season but has put a lot of pressure on the batsmen. He will have to continue doing that, and try to take wickets at the same time.

Kyle Jamieson- Jamieson will have to deliver what is expected out of him, especially, because of the price tag on him. He has given some glimpses but nothing significant. How conducts himself in the rest of the tournament will be interesting to see.

Seeing the past form & stats of batsmen & bowlers, CSK is predicted to win the match.

KreedOn Network
We are a team of sports writers who research about sports in India day in day out. Please reach out to us in case of any specific requirement of digital services on contact@kreedon.com .
Previous articleKKR vs MI Post-match Analysis IPL 2021 | Key Moments | Hits & Flops
Next articleAll the latest news in Indian Sports: T20 WC Anthem to India at Archery WC – Know here