Remember being fifteen? With the board exams just over, most of us stood at crossroads. Some probably knew their exact life plans, while others were just figuring out them. However, there is one champion, who represented the country in the World Cup at that age!. This is the story of Indian hockey team captain – Rani Rampal

Mind you, she isn’t any ordinary soul. Rising through ranks and breaking shackles of poverty, she soared higher and higher and still continues to chase her dream.

The best hockey player in the country and the able leader of our National Team, Rani Rampal’s journey is truly an inspiration for all men and women out there. 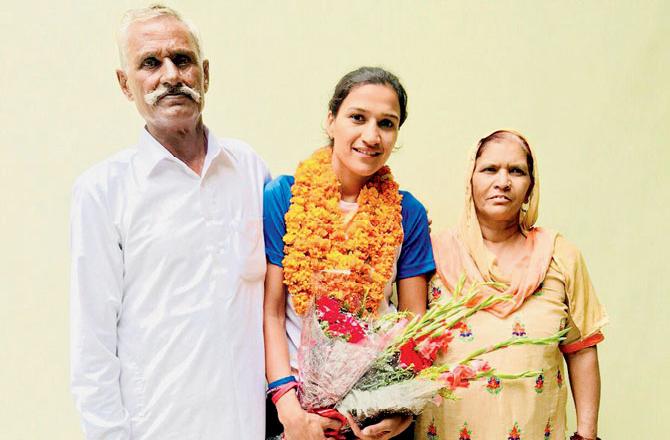 Born and brought up in the Kurukshetra district of Haryana, Rani comes from a financially weak family background. Rani’s father used to work as a cart worker with a meager income of Rs. 100 per day. Her entire family- parents, two brothers, their wives, and Rani- used to live in a shanty. Ever since she was a little girl, Rani had just one wish, of uplifting the situation of her family.

The Struggle of Rani Rampal

Coming from a state where girls are killed even before they are born, pursuing a career in sports is all the more difficult. On top of that, Rani’s town, Shahabad Markanda, was comparatively more conservative. For three years, Rani relentlessly tried to convince her parents. They were worried that Rani will end up bringing a bad name to the family. She will have to wear short skirts while playing hockey. Fortunately, her parents let go off societal pressure and allowed their daughter to chase her dream.

#WomenInHockey
Hailing from a small village in Haryana, Rani faced a plethora of challenges ranging from financial crisis to social stigma. But she defied all the odds and went on to lead the Indian Women's Hockey Team. She is a role model to many aspiring players.#IndiaKaGame pic.twitter.com/f8GgcYHCc2

Rani Rampal joined the town’s hockey team at the age of six. In 2003, she started training at the Shahbad Hockey Academy. Here, she met the man, who changed her life. Dronacharya award-winner coach, Baldev Singh, supported Rani and is equal to God for her.

“I always thought about quitting hockey because of the poverty but Baldev Sir helped me a lot. He’s very proud now. Whatever I am today is because of him. He worked so hard for me. He knows everything about me, where I come from, and he helped me off the pitch as well. So whenever I talk about him, I feel like: ‘Oh my god.’ He’s like a god for me. Now I’m getting emotional,” Rani told The Guardian in an interview.

However, he was extremely strict when required. Rani has time and again shared an instance where she was just 2 minutes late for practice and Singh asked her to pay a fine of 200 rupees.

It was a huge amount for Rani then, as her father used to just earn 100 rupees per day. Rani gave those 100 rupees to Singh and apologized. Singh returned the money at the end of the day with an extra 100 rupees, and Rani was so touched that she was never late for any practice session again.

Times were so difficult for the family then that they didn’t even own a proper watch. Rani’s mother used to wake up very early so that Rani could reach her practice session at 5 am.

Rani got an opportunity to win a clock as a prize in a handwriting competition at her school. Unfortunately, her handwriting wasn’t good, but she continued practicing and won the clock for her mother. Her mother’s peaceful sleep was worth all the effort!

A Happy Women's Day to all the lovely women out there. Keep inspiring! #HappyWomensDay2019 pic.twitter.com/7Z1hzSXpod 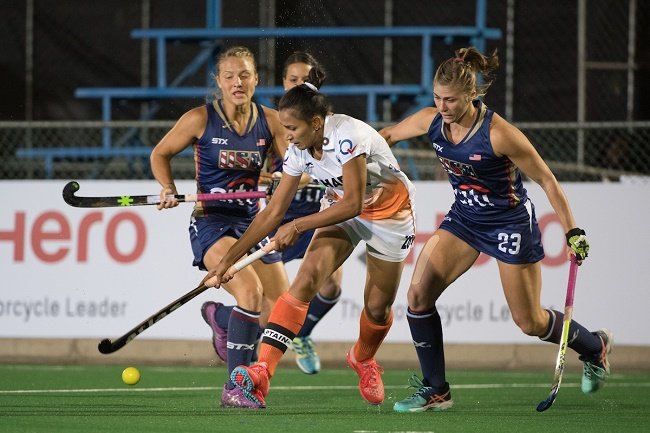 In the year 2009, Rani took part in the Champion’s Challenge Tournament in Russia. She was the top scorer, as well as the Young Player of the Tournament award winner. She was instrumental in the team’s victory and scored 4 goals. The silver medal at the 2009 Asia Cup was another exciting milestone for her.

In 2017, the team once again won the Asian Cup held in Kakamigahara, Japan. The year 2018, was truly special for Rani as the team won silver at the Asian Games.

Rani Rampal is undoubtedly the best female hockey player in the country and one of the bests in the world. Right from the start of her national career, she has consistently performed well and brought laurels to the country. She plays as a striker and is known for her electric speed and stellar stick work.

A lot of positive changes are seen in the team. Rani and her girls underwent a training session in Bengaluru at the Sports Authority of India Campus under Glenn Turner. His guidance has helped the team tremendously. Hockey India and the Sports Authority of India are ensuring multiple opportunities for players to get exposure. Special attention is given to their nutrition and training schedules as well.

“We have had some good results in recent times. We are confident and motivated. Self-belief has been the biggest gain after coach Harendra [Singh] took over. Winning habits and mental toughness have also changed the way we approach the game now. The coach tells us we can beat any team and we believe him,” said Rani told The Hindu in an interview.

After Harendra Singh’s stint as the Chief Coach from September 2017 – May 2018, Netherlands’ Sjoerd Marijne took over the job in May 2018. His able guidance led them to a Silver Medal finish at the Asian Games 2018, along with a Quarter-Finals finish in the FIH Women’s World Cup London 2018. 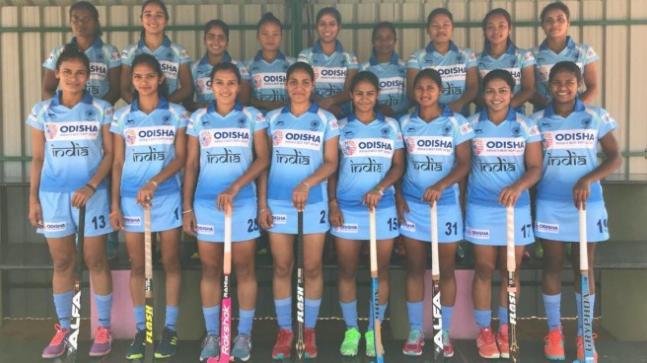 Rani and the team are heralding a new, exciting era in Indian hockey. In the last few years, the team has made a mark at all prestigious competitions. The team won the silver medal at the Jakarta Palembang Asian Games in 2018.

Indian Women’s Hockey Team Captain, @imranirampal believes her team are infused with self-belief as they prepare for new challenges in 2019.#IndiaKaGame pic.twitter.com/vtXAa2w7rB

The World Cup was also a success for the team as they finished at the quarterfinals. The feat is all the more special as a quarterfinal finish came after decades for an Indian team. The team also finished fourth at the Commonwealth Games. In an interview with the Times of India, Rani summarized how 2018 was a special year for her and the team.

“Beating England 2-1 at the Commonwealth Games, a 1-1 draw against them at their home turf during the Women’s World Cup in London and a 0-1 loss to Australia in the semi-final at Gold Coast has given the team tremendous confidence and self-belief. We can give top teams a run for their money in big-ticket tournaments. We are no longer considered an underdog team by our opponents and that’s our biggest takeaway from 2018.”

.@imranirampal, Captain of the Indian Women's Hockey Team, shares tips on how to lead a team in order to bring out the best in each player.#IndiaKaGame pic.twitter.com/I6yI4Y3Dka

Today, Rani is very happy with the way things have worked out for her. She is living her dream and working hard to fulfil all her ambitions. From living in a shanty to building her dream house for her family, Rani Rampal has surely come along a long way. She converted every obstacle in her journey into a stepping stone and is truly an inspiration for young girls with dreams in their eyes.

She told YourStory in an interview, [Tweet ““Last year, I bought them a house and whenever I go there, I am so happy. They will watch the World Cup on television but they don’t know how to use smartphones so I can’t call them on WhatsApp. I have to call someone else if I want to speak to them. They worked so hard for me, and now it’s my duty to do well for them so they can enjoy the rest of their lives.””] 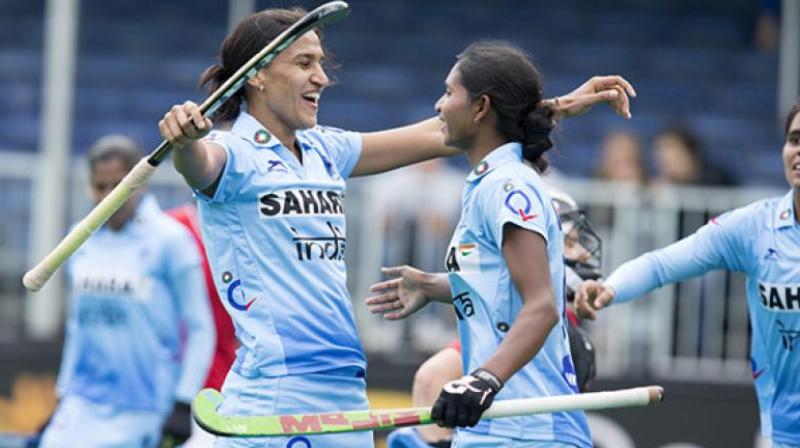 #BalanceforBetter is not a conversation limited to a day. It is a commitment each one of us must make to create a better world. This #WomensDay2019, we salute our women ambassadors who truly walk the talk and do our country proud. #BeUnlimited #IWD2019 pic.twitter.com/Fs9msIuhqd

Who saw your struggle, they only know your worth 💎otherwise for others u just only lucky 👍🏑 pic.twitter.com/rIKVjVGbBg

Mamta Thatte
A passionate foodie, a versatile writer, and now a sports enthusiast, Mamta is always open to exploring new avenues. She has a vast experience in Web Content Writing, Editing, and Social Media Management. A self-confessed coffee and dark chocolate addict, she believes in following her heart and giving her 100% into everything she does.
Previous article
Syed Mushtaq Ali Trophy Karnataka vs Delhi: Koushik Helps Thrash Delhi
Next article
Kavinder Singh Bisht Wins Gold At GeeBee Boxing Tournament in Finland

Pronay Halder: The Combative And Tactical Midfielder in Indian Football