The RR- Rajasthan Royals team from Jaipur always embodied resilience, commitment, and a never-say-die attitude. Their name displayed the elegance, velour, and class of Rajasthan.

They debuted as Champions in the league and set high standards. Unfortunately, they got embroiled in a match-fixing scandal but bounced back stronger. From churning out cricketing stars to the scandals, we trace the journey of this unassuming and super-talented team.

When the Indian Premier League started, nobody really expected the Rajasthan Royals to lift the cup. They didn’t have the flamboyance of Royal Challenger Bangalore, the star-power of Kolkata Knight Riders, or the money of the Mumbai Indians. A fairly low-profile team and the least expensive out of the original eight, RR managed to debut in style.

Under the leadership of then captain Shane Warne they became the first champions of IPL. They continued their stellar run and were the runners-up at the Champions League 2013 as well. Yusuf Pathan’s performance in the inaugural edition was appreciated by everyone and Shane Watson won the Man of the Tournament award. He scored 472 runs and took 17 wickets.

Three members of the Rajasthan Royals team- Sreesanth, Ajit Chandila, and Ankeet Chavan were arrested by Delhi Police for spot-fixing. There were reports that the players confessed about their role. The players were immediately suspended by Rajasthan Royals.

Former co-owner of Rajasthan Royals, Raj Kundra was also suspended and his shares were bought back by other owners. Subsequently, both teams- Rajasthan and Chennai Super Kings were suspended for two years.

In the year 2018, the team was back in the IPL and ready to start afresh.

"Delighted to be back. We would like to thank the BCCI, the IPL, our supporters and most importantly, our fans." – Manoj Badale, Owner, RR. pic.twitter.com/zY5gIoF7E5

While most teams in the Indian Premier League spend crores to sign on the top names, Rajasthan Royals IPL team management has preferred discovering and supporting upcoming talent. The team has signed on relatively unknown names for frugal prices and turned them into cricketing stars. Most of these players have become permanent fixtures in their respective national teams and big names now.

Take the example of Australian cricketing sensation Shane Watson or Steve Smith. Closer home, Ajinkya Rahane, Dhawal Kulkarni, Sanju Samson, and many others have come into the spotlight after their sensational performances in the IPL.

“Halla Bol” is the war-cry of the team. It has become their anthem as well. The phrase embodies their spirit, aggression, and courage in the face of adversity.

Mooch Singh, a lion, is the team’s mascot of the Rajasthan Royals team.

RR Captains Through the Editions

Mr. Manoj Badale, the Lead Owner of the Rajasthan Royals, talks about the importance of Pink to our fans and us.

Manoj Badale, the co-founder of Blenheim Chalcot, is the lead owner of the Rajasthan Royals Team. He is also the Chairman of The British Asian Trust. Ranjit Barthukar is the Executive Chairman of the team. He has tremendous experience in managing and leading companies from a diverse range of industries. Other investors in the team include Lachlan Murdoch, Aditya S Chellaram, and Suresh Chelaram. The group bought the franchise for $67 million. 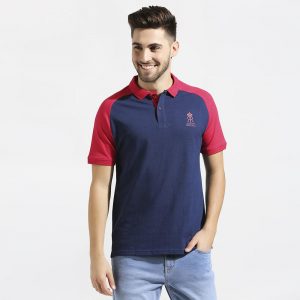 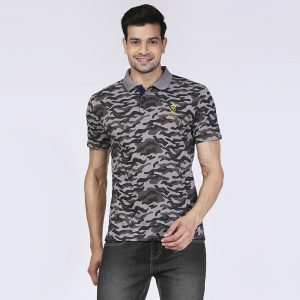 For all the latest actions on Indian Sports, stay tuned with KreedOn.

Williamson or Bhuvneshwar: Who Will be the SRH captain in IPL...