Rapid Chess Tournament: Indian Grandmaster R Praggnanandhaa picked up a big win and made headlines after he stunned Magnus Carlsen from Norway in the eighth round of the Airthings Masters, an online rapid chess tournament. R Praggnanandhaa who was against black pieces completed the win in 39 moves.

With this win, he became the fifth-youngest person ever to attain the title of Grandmaster. This isn’t the first achievement for the youngster. Earlier in 2016, he became the youngest international master in history. (at the age of 10 years, 10 months, and 19 days). He also won the World Youth Chess Championships U-8 title in 2013. This victory seized him the title of FIDE Master at the age of 7.

Love for this sport

R Praggnanandhaa had earlier confessed that he got his love for chess from his sister who is also an international master. It is also learned that his mother carries an induction-coil stove, rice, and masalas to tours and cooks everything from sambhar rice to thair sadaam (curd rice) for him. 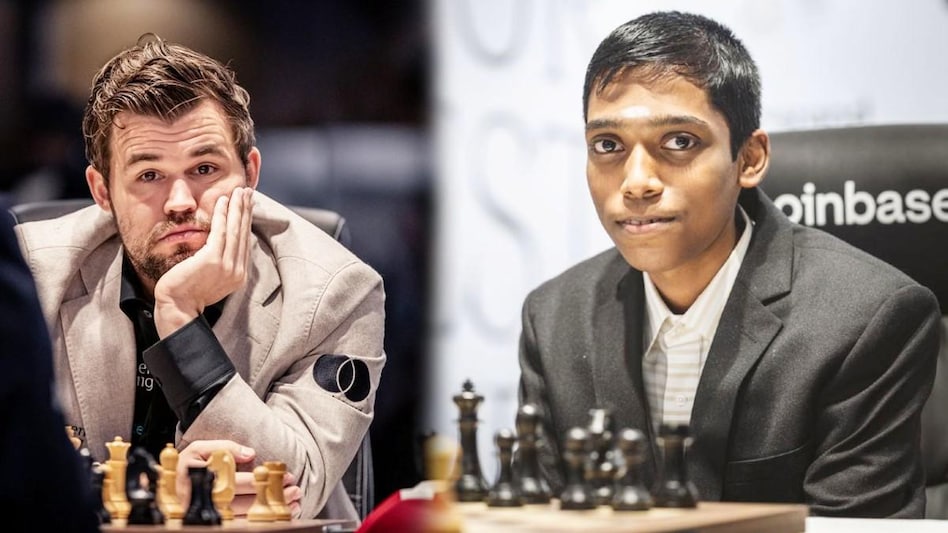 Praggnanandhaa beats Magnus and ends Magnus’s recond of three consecutive victories. Back in January 2022, the young gun won games against Andrey Esipenko, Vidit Gujrathi, and Nils Grandelious. With this win, he concluded in 12th position. And a final score of 5.5 points in the Master’s section of the TATA Steel chess tournament.

As far as the current standings are concerned, Russia’s Ian Nepomniachtchi is leading with 19 points. Followed by Ding Liren and Hansen, both of who are on 15 points. In the 16-player online rapid tournament, players get 3 points for a win and 1 for a draw in the preliminary rounds.

How to win Chess in 3 moves? Explained in Simple Steps- kreedOn