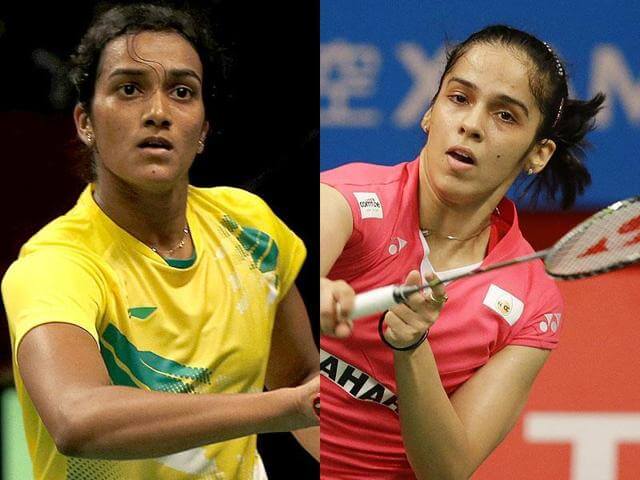 Saina Nehwal and PV Sindhu are all set to give a tough fight at the Denmark Open Badminton Tournament 2018 held in Odense, Denmark which starts from Tuesday.

Saina and Sindhu have time and again proven themselves at International tournaments. Saina being the more experienced one has shown some killer comebacks during her matches while Sindhu being the sparkling star she is, has shown her skills and sportsmanship everytime given the chance.

In the opening round of Women’s singles,  Sindhu will be facing USA’S, Beiwen Zhang. Beiwan has gone against Sindhu in the BWF tour at the India Open this year, where Sindhu had to face defeat and hence lost the title. It will be interesting to see how Sindhu has prepared considering the recent history hasn’t been on her side.

On the other hand, Saina ranked World No. 11 will be seen playing against Cheung Ngan Yi of Hong Kong. We hope to see a thrilling match between these two.

In Men’s Singles competition, Kidambi Srikanth currently ranked 7th in the tournament will be going up against Hans-Kristian Solberg Vittinghus of Denmark in the opening round.

Another player, B.Sai Praneeth will be facing Huang Yuxiang of China.

Nonetheless, we expect some good surprises from these two.

In men’s doubles, the duo, Manu Attri and B. Sumeeth Reddy will be going up against the locals, Kim Astrup, and Anders Skaarup Rasmussen in the opening round.

In women’s doubles, Ashwini Ponnappa and N.Sikki Reddy will be seen playing against Ariel Lee and Sydney Lee of America.

In mixed doubles, doubles specialist Ponnappa and Satwiksairaj Rankireddy will face Seo Seung Jae and Chae Yujung of Korea in the opening round.

We wish our players all the best and hope to see some nailbiting thrillers.

Amrita pandey
Amrita is a content writer/editor and social media manager at KreedOn. Amrita looks after the content creation and marketing of the website. Her love for sports made her join this organization where her intention is to help every athlete get the recognition they deserve through her profession. Amrita started writing when only sketching cartoons at the back of her notebook seemed a little too vague for a school pass out.
Previous articleChina vs India- Gurpreet Singh Sandhu and The Crossbar
Next articleYOG 2018: A Silvery Day For India at the Youth Olympic Games

Prannoy and Saina to lead India’s charge at the 2018 Thomas...