Pusarla Venkata Sindhu is India’s very own badminton superstar. In 2016, she realised the dreams of millions of Indians by becoming the first Indian woman to win an Olympic silver medal, and the only second Indian badminton player to ever win an Olympic medal. Saina Nehwal is the other player. Sindhu then went on to win silver in Women’s singles at Commonwealth Games 2018. In addition to that, she also won a silver medal at the BWF World Championships in 2017 and 2018. In 2019, the shuttler became the first player from the country to be crowned as the BWF World Champion. Let us a bit dig deeper into the incredible life of PV Sindhu.

She used to travel 56 km every day for her training at the All England Open Badminton Champion’s Academy. Her hard work bore fruit and she made her mark at the 5th Servo All-India ranking championship.

From here on, she raised her gaming standards higher and higher. She caught the attention of the entire nation by becoming the first woman silver medalist at the Rio Olympics in 2016.

She also achieved a feat of three consecutive silver medals in official tournaments and matched the record of Lee Chong Wei.

From a small girl who started playing badminton just as a pastime, to India’s first woman silver medalist at the Olympics, it has been quite an incredible journey for Pusarla Venkata Sindhu. There have been some downs, but mostly lots of ups for Sindhu. She has continuously proven her mettle as a world-class badminton player at every stage. Currently, she is ranked at number 2 by the Badminton World Federation.

Sindhu was so inspired by All England Open Badminton Champion Pullela Gopichand that it was due to him she decided to play badminton professionally.

However, she was guided by the simple and humble badminton wizard Mir Mahboob Ali, when she took her baby steps into the big world of badminton. He taught her everything and played a huge role in shaping her illustrious career.

She used to attend his training at the Indian Railway Institute of Signal Engineering and Telecommunications in Secunderabad. Sadly, the selfless guru passed away in 2011.

After Mahboob Ali helped Sindhu ace her basics, it was Gopichand who helped her master the game. The badminton champion has trained numerous stars, including Saina Nehwal.

P.V. Sindhu was so dedicated to the training that she used to travel 56 km every day. This hard work and persistence have helped her gain success. No wonder, that her coach is also proud of her.

“As a coach, I treat both Saina Nehwal and PV Sindhu as precious diamonds. Winning or losing happens every day at the Academy in Hyderabad. Win or defeat in game encourages the winner and loser to raise the bar and reach higher,” Gopichand told the Indian Express.

It was Sindhu’s debut appearance at the games and she had to settle for a bronze medal. She lost to Michelle Li of Canada in semifinals by 22-20, 22-20.

She did get a podium finish though by defeating Jing Yi Tee from Malaysia 23-21, 21-9 and winning the bronze.

Sindhu did get a podium finish and brought home the bronze medal.

When she was fighting it out in the finals against the Spaniard Carolina Marin, the whole country held its breath.

She did come home with a sparkling silver medal and made the country proud.

The Gold Coast games were very special for the Indian badminton team. The team won a gold medal in the mixed event and Sindhu won the silver in the singles event.

It was a proud moment for Indians, as both the finalists were Indians – Saina Nehwal and P.V. Sindhu.

Once again Sindhu showed remarkable class to win a silver medal. This turned out to be her third consecutive silver in major events.

There have been many assumptions in the media about Sindhu losing out in the finals due to some mental block. Some reports suggest that she has cold feet when it comes to finals. It is ridiculous that instead of appreciating her achievements the media is overanalyzing her defeats. Defeats are a part and parcel of a sportsman’s life. Instead of letting them be anchors, they should be used as stepping stones.

Stellar badminton player Prakash Padukone showed a lot of support for Sindhu by saying, “We should not put too much pressure on her when she is doing well. She is world number three. The focus should be on how we can make her win rather than why she is losing the final again and again. If we keep doing that, she would only feel more pressure.”

PV Sindhu was entering the BWF World Championships 2019 at the back of four unsuccessful attempts at gold. Nonetheless, she didn’t carry the load of the past disappointments in the contest, as was evident in her confident play.

The shuttler swiftly made her way to the semi-finals, where she would face the competition’s most challenging task with the opponent being her dreaded foe Chen Yu Fei.

Like a tigress, she put up a pitch-perfect performance to outclass China’s World No.3 in straight sets of 21-7, 21-14 in a one-sided semifinal that lasted 40-minute.

The Olympian was in total control for the entire game, winning the contest by a comfortable 21-7, 21-7. The game lasted just 38 minutes.

Life came full circle for Sindhu, who two years ago, was denied gold at the same platform by the same opponent at Glasgow. However, the only difference was that back then, the game was much more competitive, a fact reflected in the game time of an epic 110-minute. Nonetheless, the Indian evolved from the heart-rending loss with an emphatic win.

“A big thanks to my coach Kim and Gopi sir and my supporting staff and I dedicate this win to my mom, it’s her birthday today,” she added.

The phrase “third time lucky” indeed turned out to be true for PV Sindhu.

T 3269 – PV Sindhu .. !! Champion of the World , Badminton .. such an incredibly proud moment for INDIA .. just so honoured to have spent sometime with you at KBC ..
YOU PERSEVERED AND NEVER GAVE UP ! THAT IS THE SPIRIT OF INDIA AND OF CHAMPIONS SUCH AS YOURSELF
🇮🇳🇮🇳🇮🇳🇮🇳🇮🇳🇮🇳 pic.twitter.com/qIUYxmjDmM 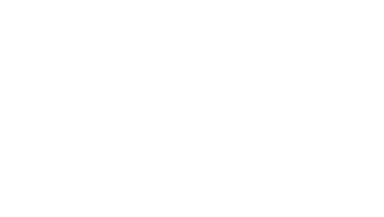 PV Sindhu Biography: P.V. Sindhu with her parentsSport is literally in the DNA of this badminton star. Sindhu’s parents P.V. Ramana and P. Vijaya are both national-level volleyball players. They encouraged her to pursue a career in sports ever since she was a little girl.

She started playing badminton at the tender age of six! It is very commendable, considering most of us are busy with cartoons and crayons at that age.

She has an elder sister named Divya. Divya is a doctor but has played handball on the national level. Later, she got married to US-based software engineer Anurag Kumar. A family of sportspersons indeed!

According to Forbes Magazine, PV Sindhu (₹57.25 crore) was the highest money gainer in 2017 (in %). Her total earnings skyrocketed by nearly 17 times that year. This epic rise was propelled by several brand endorsements after the Rio Olympics.

She’s also featured in another of Forbes List. Sindhu was ranked among the top ten best paid female athletes in the world, earlier in August. According to the magazine, she earned at least $8.5 million (or roughly ₹62 Crores) between June 2017 and June 2018.

She was also named in this ‘Tycoons of Tomorrow‘ list this year.

Sindhu reportedly charges anywhere between ₹1 to ₹1.5 crore a day for brand endorsements. Although that hasn’t discouraged brands from lining up, with MNCs like Reckitt Benckiser (for Moov), online fashion store Myntra, foods maker Apis and state-run lender Bank of Baroda all featuring on her portfolio.

Last year, PV Sindhu also overtook MS Dhoni (and many other fellow cricketers), making more cash per day of endorsing brands. Ruling the roost in a traditionally male-dominated category rightly justifies her brand image as one of India’s most bankable sports personality.

Did you know? PV Sindhu is the only Indian in the list of 15 highest-paid female athletes of 2019.

Mamta Thatte
A passionate foodie, a versatile writer, and now a sports enthusiast, Mamta is always open to exploring new avenues. She has a vast experience in Web Content Writing, Editing, and Social Media Management. A self-confessed coffee and dark chocolate addict, she believes in following her heart and giving her 100% into everything she does.
Previous article2018 Asian Games India up for rain of medals – What chances we stand
Next articleSathish Sivalingam – The 77kg Weightlifting giant of India

There is something about PV Sindhu, something that started a billion conversations, generate millions of dollars, and completely revolutionize Indian sports.
Read more
News

In solidarity of those impacted by the 21-day lockdown due to the COVID-19 pandemic, BCCI president Sourav Ganguly has pledged to donate rice worth...
Read more
Badminton

Ace Indian shuttler Saina Nehwal, on Wednesday, joined the ruling Bharatiya Janata Party (BJP). She is most likely to campaign for the party ahead...
Read more
Badminton

Ace Indian shuttler Saina Nehwal eased her way into the quarterfinals of the ongoing French Open in Paris on Thursday with a dominating 21-10,...
Read more