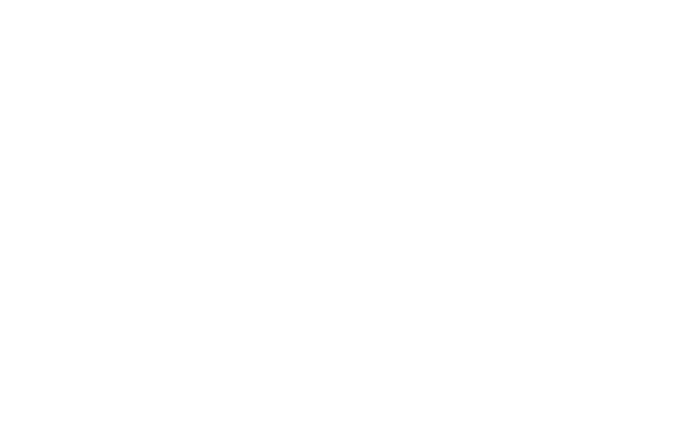 P.T. Usha, at 54, is still one of the most talked about track and field athlete of India of all time. This legendary athlete has been a constant in our G.K books for years. Not only she is a treasure, us Indians will always be proud of but now as a coach, she is helping other aspiring athletes to take on her legacy and shine bright like she did and still does. In fact, Jisna Mathew, a trainee at Usha’s Athletics School, has been clinching medals, she recently won a Gold at the Asian Junior Athletics Championship.

With over 100 medals to showcase, she is the queen of track and field. Remember while growing up how we referred fast runners by her name P.T Usha (1982 Asian games gold medalist). She is one of India’s best-known women athletes with a 2-decade long career and people call her with love “Payyoli express“.

Usha’s struggle and achievements are unparalleled. She was born in a poor family in Meladi-Payyoli, Kerala. Despite the poverty and lack of nourishment, Usha showed early aptitude in sports. Realizing her talent, the Kerala Government awarded her a scholarship of Rs. 250.

She had to go to a special sports school at Kannur for education and training. The turning point in Usha’s life was when O. M. Nambiar, her coach throughout, spotted her in 1976 at the National School Games. He realized Usha’s great potential and trained her to be the Indian legend she is today.

“At this age, she has exhibited great courage and confidence. I didn’t see any sign of nervousness during the event. The ability to push hard in the closing stages of the race gives her an edge,”

P.T Usha started her international career in 1980 at the Moscow, Olympics. But disappointment stuck as she lost bronze by 0.01 second. She proved her real mettle when she won silver medals in 100m and 200m event at the 9th Asian Games in 1982 in New Delhi.

India at 1984 Olympics competed but couldn’t manage to win a medal. However, there’s a lot that happened. Shiny Abraham, an Indian athlete reached the semi-finals of 800m and became the first Indian to reach the semi-finals of an Olympic event. She didn’t make it to the finals but what an achievement to have, given that she was the National champion in 800m for 14 years! P.T Usha had both the best and a little tough time during the 1984 Olympics. She came 4th after losing the bronze to Cristieana Cojocaru by 1/100th of a second in Women’s 400 m hurdles.

P.T Usha on Hima Das and Other Athletes

In an interview with Hindustan times when asked about Hima‘s performance, Usha says,

“At this age, she has exhibited great courage and confidence. I didn’t see any sign of nervousness during the event. The ability to push hard in the closing stages of the race gives her an edge,” she further adds “She doesn’t get overawed by the performance of others, and remains focused. It will certainly help at the Asian Games.”

She is always seen supporting athletes and has openly spoken about the issues faced by Indian Athletes on an international Level. The amount of responsibility she feels for Indian Sports system is both important and commendable. She is always seen encouraging Indian athletes on Social platforms like Twitter and Facebook.

Cannot get over the stunning performance!! Hima das has given India a GOLD medal at the IAAF World Juniors. #ourfirstworldgoldmedal #himadas #indiaproud
You've made a whole nation proud ✨🇮🇳✨KEEP GOING STRONGER. 🎊🎊 pic.twitter.com/ojyPWHcDs2

Great to see @Pvsindhu1 and @NSaina play so boldly at the @asiangames2018
An individual medal in badminton has been long due..🇮🇳🏸
Good luck and hope you both reach the finals.#IndianFinal #IndiaAtAsianGames2018

@manikabatra_TT and #SharathKamal
That was incredible!!! So proud!! Very well done. Thanks for bringin us our first ever mixed doubles #asiangames medal. ✨🙌🏼🙌🏼

P.T Usha after retiring from her career,  started an athletics school in 2002 at Koyilandi, Kerala to impart training to girls from all over the country. This school recruits children in the 10-12 age group. She started this school with an aim to get an Olympic medal for the Country. Usha believes that India is lacking behind not in terms of talent but basic facilities.

Her school provides free training to the athletes. They also have free facilities for food and shelter. Usha school is an organization that is dedicated to supporting young talents who have bigger goals but lack the facilities to reach their dreams.

However, this school completely depends on one’s donations to fulfill the basic needs of the young athletes. So, if you want to support this organization, here’s how you can help.

The simple yet determined

Usha settled down and married V. Srinivasa, an inspector with Central Industry Security Force in 1991. She was blessed with a boy, Ujjwal. In fact, at one point in time, she returned back to the track after a gap of 4 years and won a silver medal at the Hiroshima Asiad!

The illustrious career of P.T Usha speaks for itself. She has been the finest women athlete India has ever produced. We don’t normally meet people who have done so much in their lives and who could inspire you to become something and push you continuously.

Recently, Usha has joined in with the Swachh Bharat Mission, initiated by our P.M, Narendra Modi.

When PT Usha Ji extends support to the movement to Clean India, it means we will surely fulfil Bapu's dream at a faster pace 🙂 @PTUshaOfficial https://t.co/BRvRrfkY26

She also took the initiation to support the flood-affected state- Kerala.

The situation of our homeland is critical. Our people need us. Please let's come forward and do whatever we can. I have…

P.T Usha has shown us to never stop even after reaching the top. This legend will surely stay our nation’s pride forever. We hope to see more talented athletes like Jisna coming from Usha’s Athletics school in the coming future.

KreedOn Network
We are a team of sports writers who research about sports in India day in day out. Please reach out to us in case of any specific requirement of digital services on [email protected] .
Previous articleRehan Poncha Olympian Indian Swimmer Profile, Information
Next articleMeet Jwala Gutta: India’s Finest Doubles Badminton Player

Why the achievements of our Indian athletes, still covered as rare, often termed as ‘special’ and is not a consistent, significant practice? Since childhood, I...
Read more
Asian Games 2018

The 2010 Guangzhou Games was India’s best performance until now. The medal tally dropped in the 2014 Incheon Games, but the 2018 Jakarta Palembang...
Read more
Inspiring Stories

Virdhawal Khade, a name in Indian swimming you may not have heard much but he is the best in the business currently in the...
Read more
Asian Games 2018

Highlights Mohammed Anas is sprinting from one successful tournament to another in the last couple of years. The youngster holds the national record in...
Read more
Athletes

Actions speak louder than words and Tejaswin Shankar is a testament to the saying. The lanky high jumper from New Delhi, in just a...
Read more

Mohammed Anas Yahiya : The man who missed the medal but...