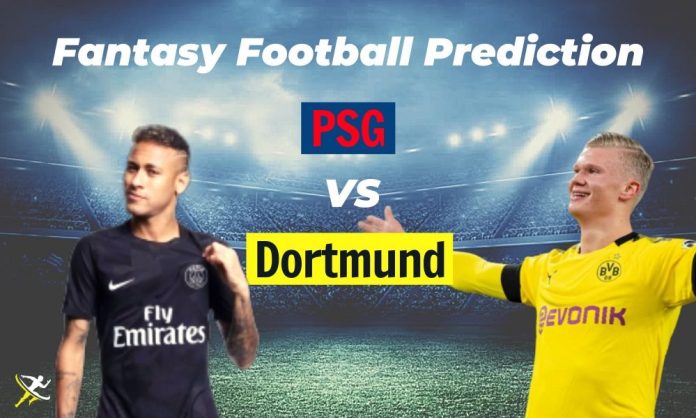 The second leg of the Champions League round of 16 fixture features PSG who will be hosting Borussia Dortmund at the Parc des Princes. Trailing 2-1, PSG stare at yet another early exit in their eternal dream for a Champions League trophy. They will, however, miss the crowd support with the game to be played behind closed doors as a precaution amid the Coronavirus outbreak.

Since their 2-1 loss to Dortmund, PSG have scored 13 goals in 3 games and conceded only 4 goals since then. Their previous game against Strasbourg was postponed due to coronavirus outbreak in France.

The 2nd leg will be a delicious fixture for PSG especially who have never defeated Dortmund in an European competition. Another stat that’s against PSG is that they have never progressed to the next round after going down in the first leg. Looking to change their fortunes, Neymar, Mbappe and co will have to put in a strong display against Dortmund in front of no fans.

Dortmund have always progressed to the next round after winning their first game. They are on a 5 game winning streak and will look to maintain the odds in the 2nd leg. Borussia will however be without Reus in the 2nd leg and players like Axel Witsel, Thorgan Hazard, Jadon Sancho and Erling Haaland will look to finish the job in Paris.

It was a tough call to choose between Keylor Navas and Roman Burki. We however feel that since the game will be played in Paris, there is a higher chance Navas would pull in some match-winning saves. He has conceded 5 goals fewer than Burki and has made 17 saves, 14 claims, 3punches and has a 77% passing accuracy.

KreedOn Network
We are a team of sports writers who research about sports in India day in day out. Please reach out to us in case of any specific requirement of digital services on contact@kreedon.com .
Previous articleIND vs SA 1st ODI Dream11 Prediction | India vs South Africa | Ballebaazi
Next articleLIV vs ATL Dream11 Prediction 2020 | Liverpool vs Atletico Madrid CL R16 Leg 2