Be it Shiva Keshavan at the Luge event of winter Olympics or our contingent at an international Sepak Takraw event; there is no denying that Indian sports is entering new avenues and more often than not, our athletes  put up a decent show. Yes, we are usually unable to win medals, but they make their presence felt. One such man is a promising young rower named Siddharth Sunil, who represents India at various international rowing competitions.

SON OF A CRICKETER , BUTA ROWER HIMSELF

National champion, Siddhartha grew up in a cricket frenzy family, and yet, he didn’t quite follow the footsteps of his father.  His father, Sunil Subramaniam, played for Tamil Nadu and South Zone left-arm spinner.  Even though Siddharth loved cricket, he found his passion for the sport after joining the Madras boat club. The story behind him joining the boat club is, indeed, an interesting one. Siddharth was terribly overweight in school. Most of his friends and classmates mocked him f 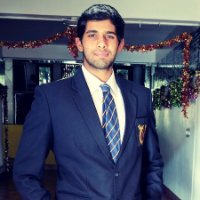 or being fat, and that resulted in gradual depletion of his self-esteem. In a desperate attempt to shed a few kilos, he joined the Madras boat club, and only made progress since then.  His liking towards rowing soon turned into an obsession and so much so that he decided to pursue a career in it. He is among the most promising rowers in the country and is slowly climbing the rungs. “While I did play cricket in school, rowing was something I got hooked too. I enjoyed rowing immensely, and my parents backed me,” says the 22-year-old. “I was fat during school and rowing was a strenuous sport which helped me shed those extra kilos, “said Siddharth.

Since Sunil Subramaniam was a sportsman himself, he  realized the importance of passion towards a particular sport. Hence, from the very first day, he has supported his son in pursuing a career in rowing. “ I couldn’t be happier. This is a country obsessed with cricket, so it is nice to see my son trying something different,” said Subramaniam.

In the past few years, Siddharth has become increasingly fit. In 2014, he along with his partner, Ram Saravana Raja, won silver in double sculls for Tamil Nadu in the Open Challenger sprint National championship in Kolkata.

Earlier this year in January, representing Madras Boat Club, he won gold medals in the Maclin sculls event at the ARAE-FEARA regatta in Chennai.

Siddharth Sunil has embarked upon a journey that only a handful people would have ever dreamt of. He is fortunate enough to have his family’s backing for his passion, and he sure hasn’t let them down. He already a few laurels to his name, including ‘Sportsman of the year, 2015′. We can only hope that there is an exponential rise in the recognition he is getting and that one day, he brings home an Olympic medal. Well, don’t we all?

Shivansh Gupta
Sports journalist working towards bringing unsung heroes of Indian sports into the limelight and helping them grab the attention and respect they deserve. A foodie and a sports fanatic since childhood, Shivansh would prefer watching an old match (from any sport) over a hit movie or series. Shivansh has spent his formative years in Tanzania before shifting to Pune for college
Previous articleBest Victories For Indian Sports since 2016
Next articleSita Sahu: Biography and Profile of India’s Special Olympic Medalist