The popularity of women’s cricket in India is on the rise. There are more and more news, blogs, interviews and other tidbits available in the media that have or are covering women’s cricket. Like the male counterparts, women cricketer’s too deserve their time in the sun. India’s brilliant display in the 50 over World Cup of 2017 was the ice breaker in boosting interest and generating following.

Believe it or not, the outlook for women’s cricket in India is changing and rising. Many girls are taking this sport not just as leisure but as a passion. Here is one such girl we are talking about. Her name is Priya Punia and keep in mind that she is just 22. Check out the Priya Punia Biography

Priya Punia was born to Rajasthan’s middle class family on August 6, 1996. Her father Surender Punia was working as head clerk in the Indian Survey Department in Jaipur, Rajasthan. Her mother is housewife. Priya also has younger brother named Rahul Punia. She has completed her education from Jesus and Mary College of Delhi.  Priya used to play badminton in her childhood but later developed an interest in cricket. At the age of nine she enrolled in Surana Academy of Cricket in Rajasthan.

Priya took the cricket coaching from Rajkumar Sharma for seven years in Delhi. Rajkumar is also known as trainer of Indian captain of Virat Kohli also. Priya made her first domestic appearance with T20 against Hyderabad for Delhi women’s team in the year 2016 at Bengaluru.  She also made into Delhi’s senior side at One Day Championship which was organized at Bengaluru. The young gun managed to score 407 runs in just eight matches at an average of 50. Priya also represented the North Zone in 2015, where she scored few big knocks and impressed the selectors. With her astounding play in domestic unit, she received a call to don the national jersey.

Last year, the Indian women’s cricket team received a new swashbuckling batsman in its rank. She made a debut against Australia in Mumbai. In December, 22-year-old Priya Punia, was called up to the Indian women’s T-20 squad touring New Zealand. Those who follow women’s cricket in India have been aware of her ability since that New Zealand game but she failed to capitalise on the head start.  She played three innings and only made nine runs in total with strike rate of 52.9.

Priya was so gritty to make it on her own that she even refused an opportunity from an assistant of a highly ranked BCCI official who said he could help her find a place in the team. Priya’s father Surendra was told that a word from top official would ensure Priya’s place in the Indian team. This was noticed by Priya and she opted out. She quoted, “There is no satisfaction in getting into the team on a recommendation.”

Priya’s struggles weren’t merely limited to practice facilities or selection in Jaipur. On arriving in Jaipur from Delhi, she was struck by jaundice and only three months later, she suffered a fractured thumb. When her faith began to waiver, Surendra stepped up as both mentor and coach.

Surendra, who, according to the report, had an ambition of playing for India, coaches and mentors his daughter.  Priya’s father Surendra Punia saw a dream with her and played a big role in making her what she is right now. Surendra sold his property, acquired loans and bought a 1.5-bigha plot of land worth Rs 22 lakh in the outskirts of Jaipur. Reason: To build a proper practicing net and pitch for his daughter.

A decision to construct a special pitch and nets for his daughter came after a bitter experience. Surendra was transferred from Delhi to Jaipur as an employee of Survey of India in 2016. When Priya sought to register at a cricket academy in Jaipur, the coach there mocked her for being a girl and harbouring dreams of making it in cricket. Hurt by such, Priya refused to join the academy.

Responding to his daughter’s love for sport, Surendra first approached a groundsman to set up a pitch but he demanded Rs one lakh. So, he decided to set up the pitch himself and today spends Rs. 15,000 on it. 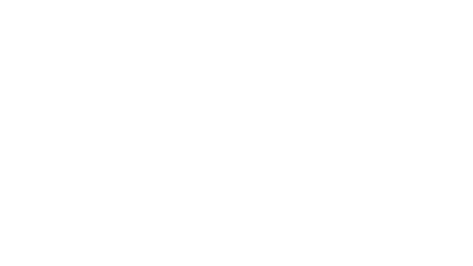 She has garnered more than 30k fans on Instagram

Just like Abhinav Bindra’s father, who built a shooting range for his son to practice, Priya’s father sets an example with his immense commitment and keen support for his daughter. Although 22 is not exactly the breakthrough age in women’s cricket. It’s not the right time to judge the wonderkid. We cannot conclude or make any remark on her. The young girl has hoarded great confidence before getting in here. Long way to go Priya!

Dreams do come true if you keep believing in yourself. Anything is possible. I'm thankful to everyone who always supported me, specially my father, who is always there for me no matter what. And I dedicate this inning to my grandfather, who passed away on 10th oct 2008, this is for you dada ji? #dreamdebut #Godiskind #Blessed

Some are lost in the fire, and some are built from it.

Growth means choosing happiness over history, and never looking back.

Akshay Badwe
The God taught me to love everybody but the most ones I learned to love are the athletes. Desire, determination and discipline takes me to a great deal of love towards sports. One can call me an avid sport maniac because I love to pen down some glorious content on sports. Being from journalism background with experience in media from couple of years I would like to keep this legacy going and now joining Kreedon gives me one more platform to explore the new world. I am always up to have a word on sports with a coffee.
Previous articleIndian women’s ‘A’ team to tour Australia in December for a historic series
Next articleComplete guide on how to play Basketball for beginners

Here is a list of the top ten Batsmen to score the fastest 100's in ODI With the introduction of the T20 format, the game...
Read more

Top 9 Fastest Stumping Moments in the History of Cricket Eever