On the 16 of November 2013, the God of Cricket Sachin Tendulkar played his 200th test match and retired from all forms of cricket. Three days later, a young 14-year-old boy scored 546 runs for Rizvi Springfield against St Francis D’Assisi Borivali in the Harris Shield trophy. It was the same Harris Shield Trophy where the Master Blaster had first announced himself with a record-breaking partnership with Vinod Kambli. Unsurprisingly, the next day, media outlets around the country reported this 14-year-old named Prithvi Shaw with the tag of ‘Sachin Tendulkar’s successor’.

But is the youngster living out to the legendary batsman’s tag? Let’s find out…

Prithvi Pankaj Shaw was born to Pankaj Gupta on the 9th of November 1999 in Gaya, Bihar. Shaw’s home was located in the Manpur block, known for power loom industry. Pankaj ran a small cloth shop by the name of Balaji Cut Piece in Shivcharan lane.

However, frustrated with business in Manpur, Pankaj searched and found a job in Mumbai. Soon he shifted his family into the City of Dreams under the family name of Shaw. At the age of 4, Prithvi’s mother passed away, after which his father played a vital role in his development.

Prithvi showed keen interest in the game and soon started to pursue it. His father enrolled him into a cricket academy in Virar, a suburb of Mumbai. Soon he started playing for the Middle Income Group (MIG) Cricket Club in Bandra.

Shaw used to wake up at 4.30 am; with his kit and school bag he used to catch travel over 60 km via the 6:07 train to Bandra for practice. After a 90 minute journey and practice, Shaw used to head to his school- Rizvi Springfield, for whom he later broke many records.

Through the ranks of Indian and English Cricket 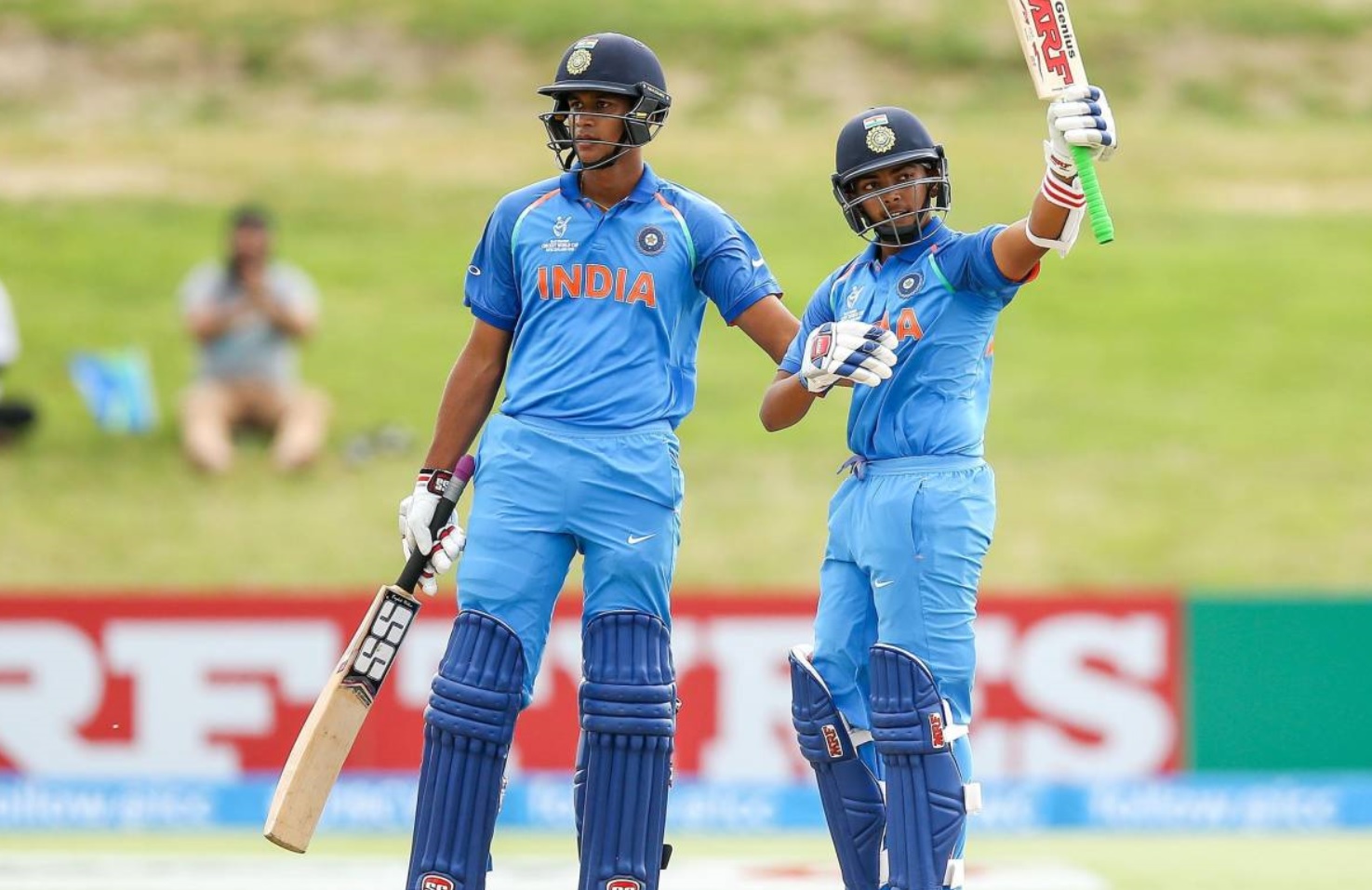 Playing for MIG against JW Cricket Academy in 2010, Shaw scored 73, impressing founder of the English academy and former County player Julian Wood. Seeing the enormous talent in the 11-year-old boy, Wood went up to his father and offered him to play in England.

“Five years ago, we were playing a match at the MIG. They put him to bat, and he scored 73 against us, and I said this is a very, very special boy. I met his father, and I told him I will sponsor him. You don’t see talent like that every day at such a young age. I told him he should come to England one day,” Wood said in an interview to the TOI in 2013.

However, it was not until 2012, two years later, that Shaw got an opportunity to play in England. Playing for Cheadle Hulme School, Cheshire near Manchester in 2012, Shaw raked up a staggering 1,446 runs during this 4-month stay. With his bowling, Shaw raked up 68 wickets.

In May 2013, he went on to play for the Gloustershire second team. In his 3-month stay there, Shaw started studying at the Bradfield College in Reading. To cope up academically, Shaw also attended private tuitions.

Shaw was playing for MIG and leading his school- Rizvi Springfield by the end of the year. It was at this point where he played the innings of 546. Shaw led Rizvi Springfield for two consecutive Harris Shield seasons- 2012 and 2013.

Prithvi Shaw was drafted into the Mumbai domestic side in 2016-17. He made his debut directly in the semi-finals against Tamil Nadu at Rajkot, scoring a century! Shaw scored 120 runs in 175 balls to power Mumbai into the finals. He scored 13 fours and 1 six.

In the finals at Indore, Shaw scored 71 in the first innings, before he was run out by Juneja. He followed it up by scoring 44 in the second innings. However, his debut was overshadowed by another opener- Parthiv Patel’s brilliant knock of 90 and 143 as Gujrat ran away with their first title.

The following season, Shaw continued good outings and showed that he is no one-season wonder. Shaw scored his first first-class century against Tamil Nadu on 24 October 2017.

He followed it up with a 105 against Odisha on 1 November 2017. Shaw scored another century in the match against Andhra at Ongole on 17 November.

He finished as Mumbai’s second-highest run-getter with 537 runs in 6 matches. In September 2017, Shaw played for India Red, and scored a century in the final against India Blue; and thus extending the comparisons between him and Sachin. Shaw followed Tendulkar in scoring centuries on his Ranji Trophy and Duleep Trophy debut.

Despite his stellar rise to glory, Prithvi Shaw’s career has been marred with injuries of late. His injury problems began with an ankle injury while fielding in a tour match in Australia; ruling him out from the historic series. These were followed with reports of behavioural issues during his time with the Delhi Capitals in IPL 2019.

Shaw was then ruled out from the ICC Cricket World Cup 2019 due to a hip injury.  His hip injury returned post World Cup ruling him out of the tour to West Indies.

The BCCI then gave him another setback after handing him a backdated ban for a doping violation. The opener had “inadvertently ingested a prohibited substance, which can be commonly found in cough syrups.”

According to reports, his urine sample was collected on 22nd February 2019, during a Syed Mushtaq Ali Trophy match in Indore.

The sample contained Terbutaline-a specified substance banned both In and out of Competition in the WADA Prohibited List of Substances. Shaw’s backdated ban ended in November, and he returned with a fine inning of 63 against Assam in the Syed Mushtaq Ali. In the following Ranji matches, he scored 30, 64, 30 and 53.

Welcome back! He is making a comeback today and @PrithviShaw makes it a memorable one with a fine-half century for Mumbai against Assam in @Paytm #MushtaqAliT20. pic.twitter.com/hiBfiElhed

Prithvi opened the next season with a double century against Barodra. However, his excellent domestic performance came to halt by another injury. This time he suffered a Shoulder injury against Karnataka in January.

However, Shaw returned strongly with a 150 for India A against New Zealand and found himself replacing Dhawan for the ODI series. He celebrated his ODI call-up by scoring 48 in the second unofficial ODI.

Prithvi Shaw made it to the Indian U 19 squad in 2018. He was selected to lead the Boys in Blue in the ICC U 19 Cricket World Cup 2018, New Zealand. Captaining a team with a massive talent of Shubhman Gill, Riyan Parag, AS Roy, KL Nagorkoti with the help of Rahul Dravid, Shaw led the Indian U19 side to glory.

Shaw finished the tournament as India’s second-highest scorer with 261 runs in 5 innings at an average of 65.25 & a strike rate of 94.56. Opening the innings with Shubman Gill, Shaw scored 2 half-centuries, including his high score of 94 against Australia U 19.

The following year, he was slated to lead the Indian U19 team in the U 19 Asian Cup, but his suspension from doping ban prevented him for participating in the tournament.

Indian Premier League side Delhi Daredevils purchased a 17-year-old Shaw for a whopping ₹ 1.2 crores. Although, Shaw had shown promise until then, the fact that all his performances had come in the test format and not T20s raised a lot of eyebrows. However, DD were able to cash in the rewards as Shaw went on to live by his promise.

Prithvi Shaw made his IPL debut in the match 22 of IPL 11 at the age of 18 and 165 days. Opening the innings with Gautam Gambir, Shaw impressed by scoring 22 runs in 10 balls. Shaw became the IPL’s youngest ever opener, jumping past his teammate Rishabh Pant (18 years and 212 days).

Prithvi Shaw was one of the standout stars in a dismissive Delhi team. He finished the IPL 11 with 245 runs in 9 matches, averaging at 27.22. He had an explosive strike rate of 153.12. Shaw was retained for the following season for ₹1.2 crores as DD revamped into the Delhi Capitals.

He became an integral part of a young team under the leadership of Shreyas Iyer. Shaw built on his performances the next season. Opening the innings with Dhawan, Shaw scored 598 runs in 25 matches with an average of 22.06 and strike rate of 133.71. He scored two half-centuries, including his IPL high score of 99 against the Kolkata Knight Riders.

Prithvi Shaw travelled with the Indian team to England in 2018. However, selectors refrained from fielding a youngster in front of a highly experienced English bowling attack.  After the humiliation, India badly needed a reshuffle in their batting order.

The opening partnership between Dhawan and Sharma failed. India’s overdependence on Kohli also was a topic of intense debate. Moreover, India needed a new face, a unique talent in the opening order. As a result of their poor showing, Sharma and Dhawan were rested for the two-match test series against West Indies.

Instead, the selectors chose Prithvi Shaw and Mayank Agarwal. Shaw later opened the innings for India, scoring 134 runs off 154 balls. By doing so, Shaw became the sole player to have scored a century in his Ranji Trophy, Deodhar Trophy and Test debuts.

On my way to New Zealand. Really excited to join my teammates. One of my favourite places where we won the ICC U19 World Cup in 2018. pic.twitter.com/TU3svQgcCQ

My favourite sound. The sound when the ball hits the middle of my bat. Superb net sessions going on.

Wind beneath my wings ??Jai Hind

A very Happy Birthday to Rahul sir, wishing you many many happy returns of the day. Been a pleasure learning from a legend like you, thank-you! 🙂 ❤ pic.twitter.com/z6KuvFZx1n

ONE OF THE BEST PARTNERSHIPS OF MY LIFE❤ @pankajshaw1160 #Dad#godfather❤️? 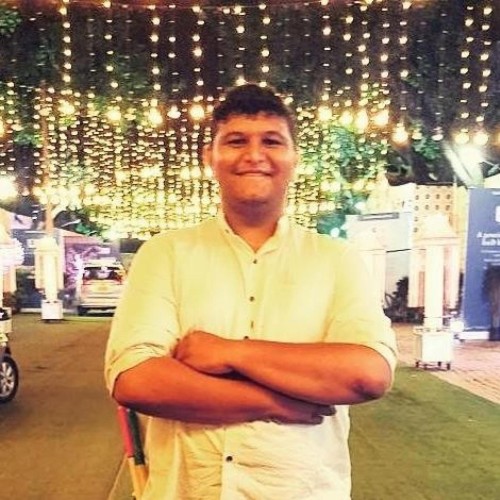 Manan Dharamshi
I usually describe myself with three 'F's, i.e, Food, Football and Films. Born and Brought up in Bangalore since the mid-1990s, I have always had a huge interest in playing football, cricket and watching other sports. People who know me always tell I bleed football. Sports, and Football, in particular, has helped me through hard times and helped me to shape my view on the world. And that is one of the reasons why I want to serve as a Sports Journalist.
Previous article
IPL: Quinton De Kock Becomes The First Transfer in IPL History
Next article
Top Ten Best Raiders in PKL Season VI