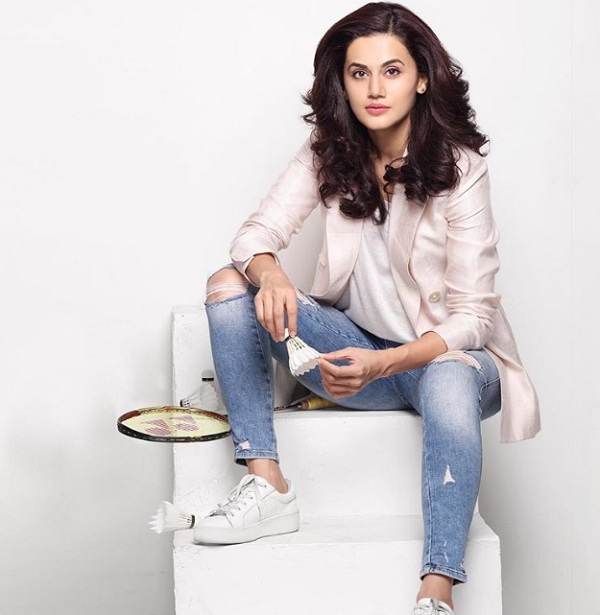 Premier Badminton League will again witness another historic moment in its short history of three seasons. The league, in association with Badminton Association of India (BAI), will launch a new team in its 4th edition.

The franchise will represent Pune, taking the total teams participating in the competition to 9. It thus signifies the increasing popularity that the league is garnering.

Christening the newly formed side will be the popular Bollywood actress, Taapsee Pannu. Pannu has acted in some highly acclaimed films such as Pink, Naam Shabana, and Mulk.

The Pune team will be known by the name Seven Aces. They will battle it out against eight existing teams to win the highest prize money the competition has ever witnessed.

Premier Badminton League: How the league rose to prominence

The Premier Badminton League has come a long way after its modest start to a world-class league actively followed by scores of fans. It also signifies the rise in popularity of the sport among the Indian population, especially the youths.

Reflecting these facts, Dr. Himanta Biswa Sarma, President of BAI, said that the number of people following Badminton had witnessed a steep rise in recent years and that PBL had a significant role to play in the same. He also expressed his confidence about the bright future of both PBL and Badminton on the whole. Likewise, the addition of a new franchise is in line with Sarma’s vision to further broaden the sport’s reach in India as well as abroad.

According to Star Sports, the official broadcaster of PBL, the league had over 40 million viewers as television audience, clearly demonstrating the ardent following the league enjoys. Besides, there are further followers on Hotstar, Star Sports’ digital media handle.

Speaking of her endeavor in the sports business, an elated Taapsee Pannu said, “I have played quite a bit of badminton in my early days and have a special liking for the game. I always wanted to associate myself with the game in a big way and I have found the perfect avenue to express my passion through the League. I am confident that Pune Seven Aces will be a team to reckon with”

This year, Pannu was also seen in a sports movie, Soorma. The movie is a biopic on Indian Hockey player Sandeep Singh.

PBL in its fourth season

The fourth season of Premier Badminton League will commence from December 22 to January 13. Ahmedabad, Mumbai, Pune, Hyderabad, and Bengaluru. Mumbai will host the opening ceremony of the fourth edition.

The induction of the Pune franchise will follow a player auction event scheduled on 8 October.

Atul Pandey, Executive Director of SportzLive, said the tournament will witness some of the biggest names in the badminton world battling against each other ‘in a mix of doubleheaders and single clashes’. He also added that PBL will prove to be an ideal platform for India’s upcoming youth talent. Those include players such as Lakshya Sen, who is the current Junior World Champion.

Pune’s connection with Badminton is older than you think. The modern version of the sports evolved in Poonah of British India. Most of the drafting of new rules happened in Pune.

In fact, the sport itself was known as Poonah or Poona. It was especially popular among the British officers who would play the sport in their free time.

Monish Gadiya
Monish Gadiya is the Head of Content at KreedOn. He is a thorough tech-enthusiast and believes that innovation is the answer to all the problems prevalent in the society. Monish graduated from University of Pune with a degree in Civil Engineering before pursuing a post-graduate diploma course in intellectual property rights. A die-hard football fan, he has represented his college at various football competitions.
Previous articleAjay Jayaram Out of Chinese Taipei Quarters; Saurabh Verma Knocked Out
Next articleSwapna Barman: “Life has changed but I am the same”