A cheerful and petite bowler walks into the stadium and radiates an aura of humility and friendliness. She is none other than the super talented leg-spinner Poonam Yadav. This cricketer has shaped many victories for the Indian team with her economical bowling and wickets. Her loopy bowling style has baffled numerous batters. Definitely, one of the strongest weapons in the Indian side, Poonam is currently slaying it in the Caribbean land at the Women’s World T20 as well.

Let us not get into how obsessed our country is with cricket. But, the Indian Women’s Cricket, which till recent had not got its equal share of attention, is now garnering popularity – and all well-deserved. With their exceedingly well performances and stunning victories, the Indian women cricketers are capturing the imagination of the nation. And one distinct name that shines among these cricketers is Poonam Yadav. And believe us, the petite bowler knows exactly how to baffle her opponents.

Did you know? The cricketing world would never have known this star, if it had not been for her coach, Hemlata. Her father was adamant that Poonam should not play cricket. It was only after Hemlata convinced him of Poonam’s talent that he relented. Today we are going to explore such known and unknown facts about the leg-spinner Poonam Yadav.

Poonam Yadav with her parents

Poonam’s father, Raghubir Singh Yadav, is a retired army officer and her mother, Munni Devi, is a homemaker. Her father always knew that Poonam wasn’t like ordinary girls. Injuries, scars, or marks never really mattered to her. Her inclination towards sports was obvious to everyone. However, her height restricted the options available to her for a career in sports. This shortcoming turned into her biggest strength when she started playing cricket. Her height proved to be a boon as she bowls high and the trajectory proves fatal for batsmen.

Though Poonam’s father had reservations initially. In fact, he was strictly against Poonam pursuing a career in sports. However, her coach, Hemlata, convinced how talented and special Poonam is and he readily agreed. Once he did, he gave his daughter his full-fledged support.

Even though her family was on her side, Poonam had to face sexism from all quarters. ‘Cricket is a gentleman’s game’ and ‘girls should not play cricket’ is what they told her. In an exclusive interview with Femina, Poonam shared her experiences.

“When I was younger, I was the only girl who used to play cricket with boys. All my guy friends would tease me and ask why I insisted on playing with them. In fact, some of them would even come to my house and tell my mother not to send me to play. They would say things like cricket is not a girl’s game, and it would just push me to play better. I challenged myself to show them that I could play cricket as well as any boy, and I think I’ve won that challenge today. Financially, all of us required support, but our seniors helped us a lot. For almost a year, our seniors helped us with the gear, so we didn’t have to buy anything. I feel grateful to everyone who has supported me in my journey”, told Poonam in an interview.

Poonam started her cricketing by playing for the Central Zone, Uttar Pradesh and the Railways in domestic cricket.

She made her international debut in 2013 against Bangladesh in the Women’s Tewnty20 International tournament.

Poonam has been a part of just a single test match. That was on 16th Nov 2014 against South Africa.

She is a part of the Indian team for the 2018 ICC Women’s World Twenty20 tournament. Her spectacular form makes her one of the players to watch!

“Poonam has become a favourite adjective in the skippers’ dictionary. Whenever a match is in a fix, skippers call Poonam to address it. And, she has always used her weapons with sheer flair and twisted games in her favour. Poonam certainly completed the women’s bowling line-up,” former leg-spinner Reema Malhotra told the Times of India.

Poonam Yadav's fantastic bowling can be lethal for even the best batsmen. Best wishes!

Poonam is known for her loopy slow deliveries that bamboozle the batters. Also, her release point is low due to her height, but the delivery is usually above the batters’ eye level. Her height helps her keep the batters on their toes as they can rarely predict the exact delivery. This style of bowling has helped Poonam secure her place in the playing eleven. She keeps on updating her style and can bowl faster googlies very well now.

Poonam in an interview with CricZone, “I had been trying to develop the googly for a long time. I used it for the first time in the 2017 World Cup, against Sri Lanka, and with the first one, I got (Chamari) Athapaththu out. The plan was to bowl a googly from outside leg stump and beat her. First, it (the googly) used to be slow, but now I get it to go because I’ve increased my arm speed. Even the leg spin, with the quick arm rotation, it kicks a bit.”

The guidance of head coach, Ramesh Powar, a spinner himself, has tremendously helped Poonam. She is trying out different techniques which are helping to expand her repertoire. 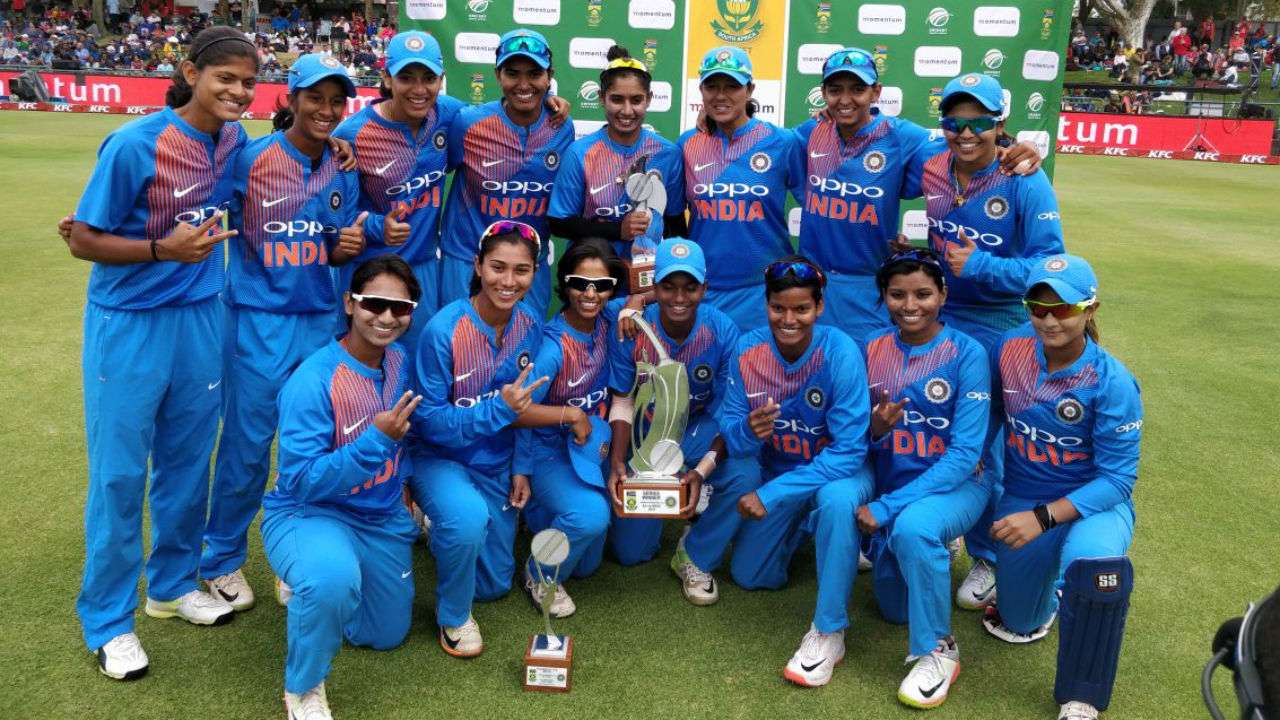 Poonam is the only front-line bowler to feature in every T20 match for India this year. This fact goes on to prove how crucial she is to the team. Her consistently good performance has enabled her to have a phenomenal strike-rate of 15.5 in T20 this year. She is one of the most valuable players in the ongoing Women’s World T20 World Cup. The Caribbean pitches are expected to be on a slower side and Poonam’s bowling style will perfectly complement these.

The journey has not been smooth-sailing, but when is it so. It is about how you handle each and every obstacle that comes up your way, isn’t it? Poonam’s life story emphasizes finding strength in your drawbacks and consistently working hard. She convinced her father to let her play with the help of her coach, she made her petite frame her biggest strength, she shut all naysayers with excellent performances, and she continues working hard to fulfill her dream. Truly inspiring!

Here’s wishing India ?? and the rest of the world #HappyDiwali from us at #TeamIndia in Guyana! pic.twitter.com/vm2f0ZZBrT

The team that celebrates together, stays together! Poonam celebrating Diwali with her teammates in Guyana.

The ladies in blue!

Truly a rising star of Indian cricket! Poonam is flaunting her trophy here.

Mom’s the world! Poonam with her mother, Munni Devi.

Poonam Yadav having a good time with her friends.

We are sure that Poonam will shine even brighter at the World Cup and continue taking women’s cricket to newer heights!

For more stories on Indian sports and athletes, stay tuned on KreedOn.

Mamta Thatte
A passionate foodie, a versatile writer, and now a sports enthusiast, Mamta is always open to exploring new avenues. She has a vast experience in Web Content Writing, Editing, and Social Media Management. A self-confessed coffee and dark chocolate addict, she believes in following her heart and giving her 100% into everything she does.
Previous articleHockey India Get its 18-Member Squad for the Men’s Hockey World Cup 2018; Manpreet Singh to Lead the Team
Next articleArundhati Reddy Biography, Cricket, Career, Bowling, Age, Height

Mithali Raj Ready for a Fresh Start in 2019 for Indian...