One of the most celebrated sports family of India, the Phogat sisters, which includes Geeta, Babita, Sangeeta and Ritu have been dropped from the Asian Games National Camp being held in Lucknow.

The Problem with Phogat Sisters

Axed from the national camp for “serious indiscipline”, the celebrated Phogat sisters will have to explain their absence for any chance of a comeback, the Wrestling Federation of India (WFI) said after one of them, Babita, claimed to be injured.

Geeta and Babita Phogat, both Commonwealth Games medallists who became household names after their life story was brought alive on the silver screen in blockbuster ‘Dangal’, along with their younger siblings Ritu and Sangeeta were ousted from the ongoing national camp in Lucknow.

The Wrestling Federation of India (WFI) cited their unexplained absence from the camp as reason.

“The wrestlers selected for the national camp are expected to physically report to the camp within 3 days. If they have any problems or issues the should go there and report it to the coaches and find a solution,” WFI President Brij Bhushan Sharan Singh told news agency PTI.

“But Geeta, Babita and others (in all 13) did not do that. They were incommunicado. This is serious indiscipline on their part and the WFI felt it’s time to pull the plug. So we have told them to sit at home and enjoy,” he said.

Singh, however, hinted that the wrestlers could be given a lifeline if they can come up with a satisfactory explanation for their actions.

“Let them first come to us and explain the reasons behind their actions. For now they are out of the national camp,” he said.

The men’s and women’s national are being simultaneously conducted in Sonepat and Lucknow from May 10 to 25.

Another big name to have been barred from the national camp is Satyawart Kadian, husband of Rio Olympics bronze-medallist wrestler Sakshi Malik.

Phogat Sisters – Babita comes up with a reason 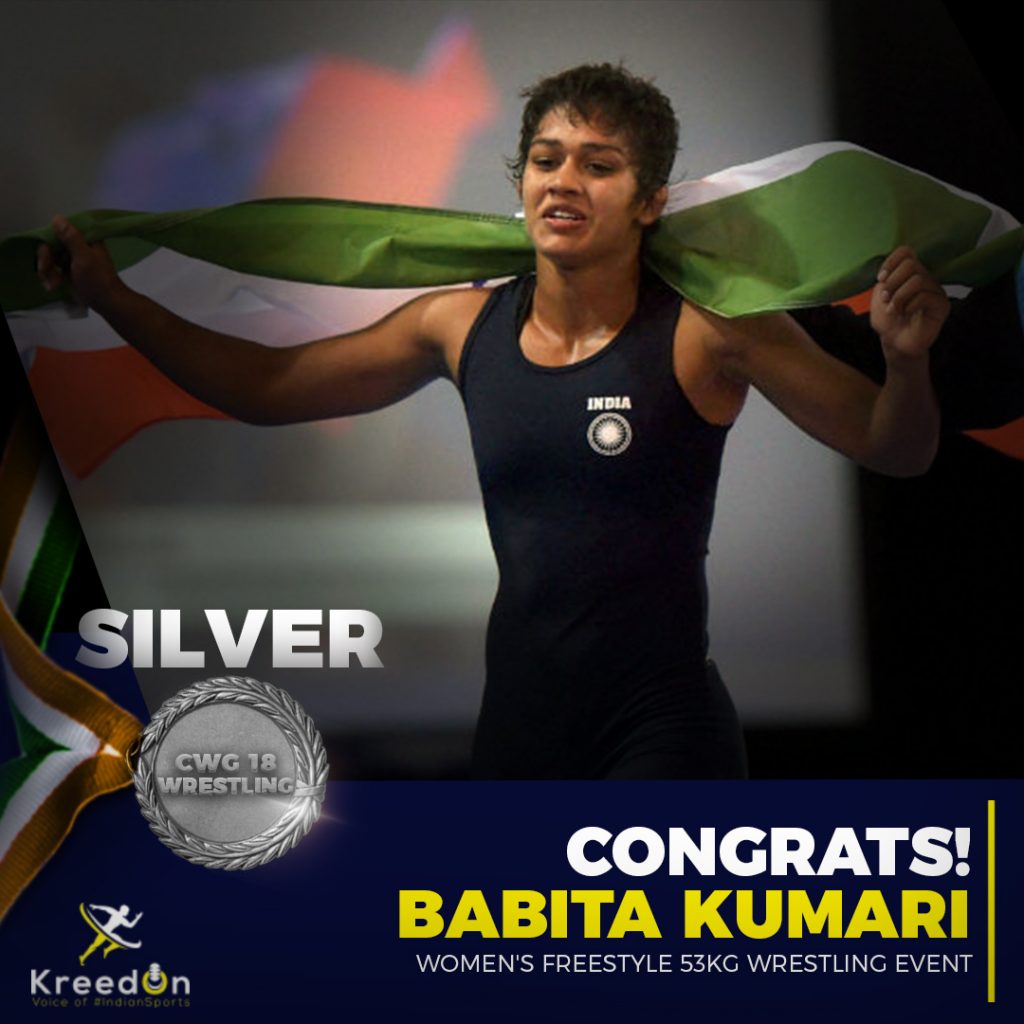 When contacted, Babita said she is yet to receive any show-cause notice from the WFI and cited injury as reason for her absence.

“I didn’t receive anything from the federation. Yes, I haven’t joined that camp yet as I am recovering from injuries to both my knees,” Babita told PTI.

“I admit I haven’t informed the federation yet but I will send an application to them today itself.”

As for the other Phogat sisters, Babita said that Ritu and Sangeeta were waiting for their visas to take part in a training camp in Russia, which was known to WFI, a claim which the federation outrightly rejected.

Babita also said that Geeta was in Bangalore training at a private facility and she has no knowledge why her sister hasn’t joined the camp yet.

“Geeta is in Bangalore. I thought she has joined the camp. I am also going to Bangalore for my rehab at the JSW facilities,” she said.

Babita hoped the WFI would be lenient enough to let her take part in the Asian Games trials.

Geeta Phogat won a stunning gold in 2010 Commonwealth Games. Besides, she was also the first Indian woman wrestler to qualify for Olympics in 2012.

Like her sister, Babita also clinched a gold medal in the 2014 Glasgow CWG and claimed a silver at last month’s Gold Coast edition of the Games.

Vardan Pandhare
Vardhan is an author who loves creativity. He enjoys experimenting in various fields. After completing his graduation, he was sure about one thing! His love for sports. He is now living his dream of being creative with words in the field of sports. He has since then always brought the latest news and updates for all the sports fans.
Previous article
Bajrang Punia – The Bahubali of Indian Wrestling
Next article
Even the Chinese are observing how Manika Batra plays – Coach Costantini

Top 13 Indian Wrestlers in WWE Who Made it BIG! -KreedOn