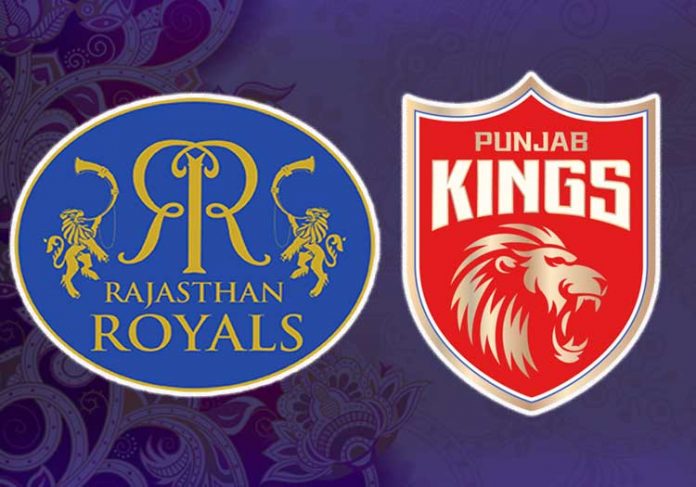 PBKS vs RR Dream11 Prediction: The last time these two teams encountered each other in the IPL, many players gave some brilliant performances. KL Rahul, Chris Gayle, and Deepak Hooda did well to get Punjab over 200 in the first innings; and Chetan Sakariya, on his debut, picked up three wickets. Sanju Samson, the newly appointed captain stood alone in the chase. He scored a brilliant century and almost got to the target. They lost the match by just 4 runs.

Rajasthan Royals has not given many significant performances this season, but they are a team of talented young players who have match-winning capability. They will miss some of their foreign players who are not a part of phase 2 for various reasons. How well Sanju Samson and the team cope up with this will be interesting to watch.

Punjab Kings played some good cricket in the first half, and a few of their players were very consistent. Unfortunately, they were not able to win many matches. They are in the 6th position in the points table. KL Rahul and the team will have to pick up from where they left off and try to win matches along with performing well.

KL Rahul- KL Rahul had to miss out on the last match of phase 1, and the rescheduling of the tournament will be a blessing in disguise for him. He had a good series in England and will want to adapt to white-ball format as quickly as possible.

Sanju Samson- Sanju Samson had a good start to IPL 2021, but his performances were on and off throughout the first half. Now he will have to be more consistent with his batting to help Rajasthan make it to the playoffs.

Nicholas Pooran- Nicholas Pooran had a disappointing run in the IPL this season, but after that, he did well for West Indies in the international games, and also the CPL. If he continues his form in the IPL, Punjab will benefit a lot from that.

Evin Lewis- Lewis is in as a substitute for Jos Buttler. He had a decent season in the CPL and will want to do well here too. Jos Buttler’s shoes are big to fill as he is match-winner for any team he plays for.

Chris Gayle- Chris Gayle is now completely settled in his new role at number 3 and will continue to bat at that position. He looked good in the first half and should be able to go well this time too.

Mayank Agarwal- He has become a very important player at the top for Punjab Kings. Along with KL Rahul, he will have a major role to give them a good start, to release the pressure from the middle-order batsmen.

Chris Morris- Morris was the highest sold player this season and had a big responsibility at the start of the tournament. He lived up to that in some ways, but he has a long way to go in the second half.

Tabraiz Shamsi- Shamsi is coming in as a replacement for Andrew Tye. He is the number one spinner in the T20 world. The conditions of the UAE will suit him well, and Rajasthan will look to use him in their team.

Mohammad Shami- Shami is Punjab’s leading bowler and he needs to deliver consistently for their chances of qualifying for the playoffs.

Mustafizur Rahaman- In the absence of Jofra Archer, Rahman has become Rajasthan’s leading bowler, and he has delivered accordingly. He had a good international leg recently and will look to do that here as well.

Chetan Sakariya- He made his IPL debut this year, and since then, he got the opportunity to play for India. He has been impressive with his bowling, and his fielding skills are an added advantage.

Punjab Kings won the last match against RR. Seeing the performance & form of PBKS batsmen & bowlers it is expected that PBKS will win this match too.

PBKS vs RR Must Picks for Dream11 Fantasy Cricket

KreedOn Network
We are a team of sports writers who research about sports in India day in day out. Please reach out to us in case of any specific requirement of digital services on contact@kreedon.com .
Previous articleTop 10 Fastest Century of IPL History | Meet the Super Stars of IPL
Next articleTop 10 Best IPL Bowlers of All Time | Meet The Masters of Bowling