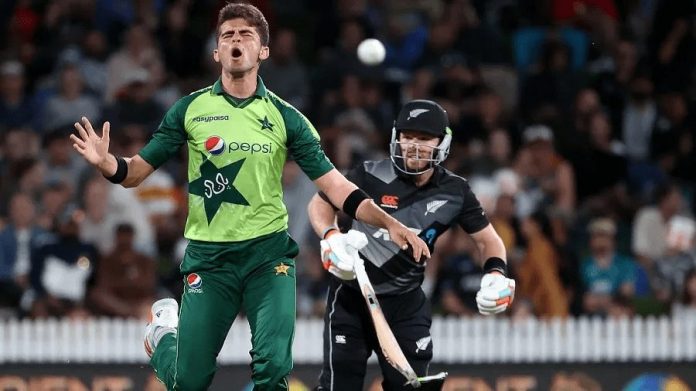 Pak vs NZ Dream11 Prediction: After the last moment cancellation of the bilateral series between Pakistan and New Zealand, the two teams are coming head to head for the first time. Pakistan has already played a match and won it in style. New Zealand is yet to play their first match, and they too would want to get the results in their court.

Pakistan, in their first game, broke the five-match losing streak against India in the T20 World Cup. They will be very high on confidence and will look to dominate in the next match as they did in the first match. All their players look in good touch and will want to make sure they win this match against New Zealand to be in a good position at the start of the tournament.

New Zealand players have played some cricket recently, but not together. In their recent International matches, none of the players from this squad was available. They have only had a couple of practice matches which they lost. Beating the in form Pakistan will be very difficult for them, but they have the talent to do that. It all depends on how they execute their plans for this match.

Mohammad Rizwan- The year 2021 has been entirely his year. Starting from PSL, he has been in a brilliant form. He did well in the first match against India to help Pakistan win their first-ever win against them in the World Cup.

Devon Conway- Devon Conway is only a few matches old in International cricket, but he always plays a smart game. This will be his first-ever appearance in the World Cup, and he would like to win the first match for his team.

Babar Azam- Along with Rizwan, Babar Azam has been at the top of his game this entire year. At the top, he is playing the role of an anchor, which is allowing his partner to take the ariel route.

Asif Ali- Ali bats in the middle-order, and he might at times have to play the role of the finisher. He is a powerful player and can easily fulfill this requirement for Pakistan in this tournament.

Fakhar Zaman- Fakhar Zaman bats at number three, and that position can be tricky at times. You might need to accelerate at times, and other times just rotate the strike. He did not get a chance to bat the last time, but he will have to be ready to handle any situation in the coming matches.

Kane Williamson- Williamson did not have a good season in the IPL with Sunrisers Hyderabad, but he had some good personal performances in the middle. He will look forward to have a better run with the International team, where the steaks are much higher.

Martin Guptil- Guptil has not played a lot of cricket recently, but he is one of the best in the world. He only needs one good game to get in form. If he gets going, New Zealand will largely benefit from it.

Shadab Khan- Shadab Khan had a good game with the ball last time, and was good in the field too. He will have to continue his form and try to contribute as the finisher with the bat if the need arises.

Shaheen Shah Afridi- Afridi has gained a lot of value for Pakistan in very little time, and deservingly so. He has been at the best of his game for a while and is looking to improve every time. Last time, he was the reason Pakistan got in the game early on.

Ish Sodhi- Sodhi has not played a lot of games recently, but will surely be in the playing XI this time. These conditions in Sharjah will suit him well, and he should be able to some results for New Zealand.

Trent Boult- Boult has played a lot of games in the UAE with Mumbai Indians in the IPL since the last season. He knows these conditions well and should be able to get some good results for his team.

Seeing the current form of the team & player, team Pakistan is expected to win this match.

For the latest updates on Indian sports, stay tuned with KreedOn.

KreedOn Network
We are a team of sports writers who research about sports in India day in day out. Please reach out to us in case of any specific requirement of digital services on contact@kreedon.com .
Previous articleRiyan Parag Biography | Age | Achievements | Batting | Stats
Next articleAhmedabad & Lucknow gets new IPL Teams as RPSG & CVC bid $1.6 Billion

A Boon for BGMI Players: Pubg Players to Compete in Asian Games 2022