It’s a moment of pride for Pankaj Advani who has won numerous world titles in snooker for India and former Indian cricket team captain MS Dhoni at the Padma Awards 2018. Both the legends were conferred with the third highest civilian award of our country, Padma Bhushan, on India’s 69th republic day.

Getting or winning awards is nothing new for the calculated and calm Mahendra Singh Dhoni. Before this, he has been the recipient of many awards, including the ICC ODI Player of the Year award in 2008 and 2009. MS Dhoni was the first player to win the award twice. The wicket-keeper batsman was also given the prestigious Khel Ratna award in 2007 and the Padma Shri, India’s fourth highest civilian honour in 2009.

Considered as India’s most successful cricket captain, Dhoni led India to two World Cup triumphs. Under his leadership, India won the inaugural ICC World Twenty20 held in South Africa in September 2007 and the 2011 ICC ODI World Cup in Mumbai. India also won the 2013 ICC Champions Trophy under him. It was also under MSD’s captaincy that India climbed to No. 1 in the ICC Test Rankings in December 2009 for the first time ever.

Similar to Dhoni, cueist Pankaj Advani also has a decorated sports career. He has a hat-trick of hat-tricks in English billiards, along with holding the World, Asian, and Indian National Championship titles simultaneously. He achieved this feat in three different years: 2005, 2008 and 2012 and recently in 2017.

Pankaj Advani became a snooker professional only in 2012, and his first season on the main tour was the 2012/2013 season. On his debut, Pankaj won the 2014 IBSF World 6-Red Snooker Championship. He is the only player ever to win world titles in both, the long and short formats of snooker (15-red standard and 6-red) and both formats of English billiards (time and point).

Murlikant Petkar was the first Indian ever, to win gold in disabled sports. An unsung hero, he won an individual gold medal in the 1972 Paralympics, in Heidelberg, Germany. He remained one among the finalists in all the three events he participated in 1972 Paralympics. He also set a world record in the 50m freestyle swimming event, at 37.33 seconds, winning Gold medal to India for the first time.

Till now, Petkar’s achievement in the year 1972 is regarded as India’s best in Paralympics events for disabled persons. From an EME Jawan of the Indian National Army to a boxer to a Paralympic winner, this living legend is a great inspiration to all those people who are willing to fight their disabilities, either physical or mental.

He set a world record in the 50 m freestyle swimming event, at 37.33 seconds. At the same event, he also participated in javelin, precision javelin throw and slalom. Petkar was a finalist in all three events. 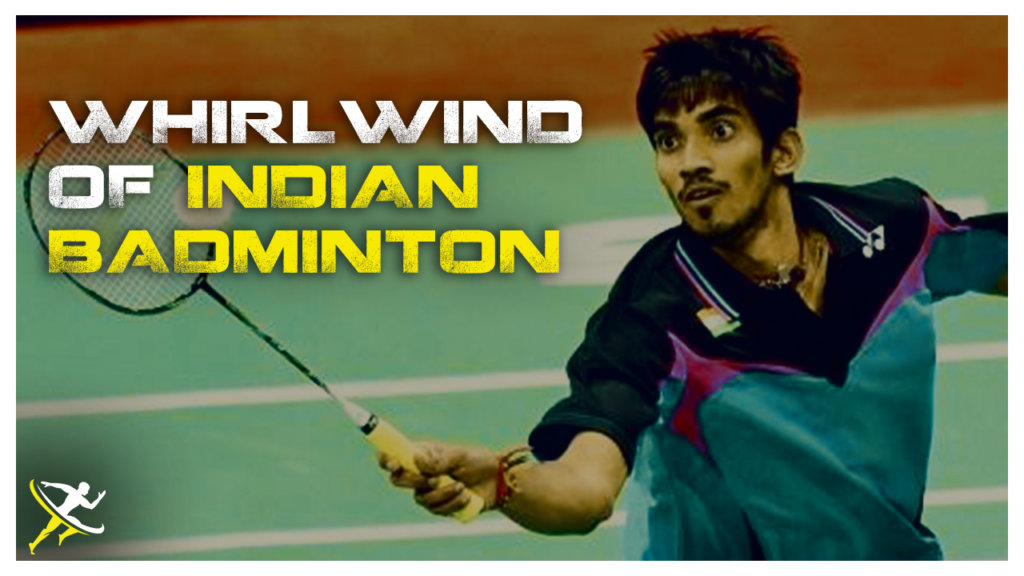 India’s number one shuttler and current world number three on the BWF rankings, Kidambi Srikanth is looked upon as a future Olympic champion shuttler. The 24-year-old badminton player’s real rise came in 2017 season, where he won as many as six titles including four Super Series titles.

Manipuri weightlifter Saikhom Mirabai Chanu shot to fame when she won the silver medal in the women’s 48 kg weight class at the 2014 Commonwealth Games. But her real claim to fame came in 2017, when she lifted a world record of 194 kg in total (85 kg snatch and 109 kg clean & jerk) to win the gold at the 2017 World Weightlifting Championships held at Anaheim, CA, United States. Alongside her, Gold medallist at the Asian and Commonwealth men’s single Tennis event, Somdev Devvarman was conferred with the Padma Shri 2018.

From all of us at KreedOn we wish all the Indian sports fans and Athletes a very Happy Republic Day. May you keep bringing sporting laurels to our country. Jai Hind!!

Vardan Pandhare
Vardhan is an author who loves creativity. He enjoys experimenting in various fields. After completing his graduation, he was sure about one thing! His love for sports. He is now living his dream of being creative with words in the field of sports. He has since then always brought the latest news and updates for all the sports fans.
Previous article
Yogeshwar Dutt Biography: The Wrestler with a Heart of Gold
Next article
Women Wrestlers fight it out on Varanasi Ghats