On this day: Sourav Ganguly reached this memorable milestone 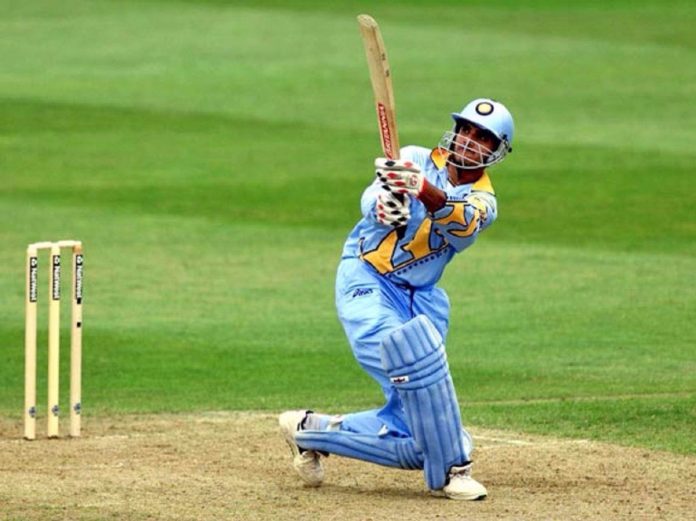 BCCI President and former India National Cricket Team skipper Sourav Ganguly, on this day in 2003 scored India’s first century in a World Cup knock-out match. The ton came in 2003 World Cup semi-final match against Kenya, as India set up 270 runs on the board for Kenya to chase.

When the skipper led from the front

There are only 2 players in India’s World Cup history to have scored a century in the qualifiers. Rohit Sharma is the only other player to have hit a ton. He scored 137 runs against Bangladesh in the quarter-finals of the 2015 World Cup.

Sourav Ganguly scored 111 runs in that match which included 5 fours and 5 sixes as India batted first setting up 270 runs for Kenya to chase. Tendulkar was Sourav’s partner in crime in the evening as the Master Blaster added 83 runs to the total score.

India did well to bowl out the Kenyans for 179 and set up a meeting in the finals with Australia. India, unfortunately, did lose the final by 125 runs. Australia batted first, setting up 359 runs. Virender Sehwag scored 82 runs in the finals, which was not enough as the Aussies bowled out India for 234.

Sourav Ganguly went on to become one of India’s most respected captains and was known to give the right players a chance in the team. These players picked by Ganguly went on to do wonders for India for the next decade and eventually lifted the World Cup trophies in 2007 and 2011.

Certainly, there was something right that Ganguly did in his time, that almost 2 decades later he now the president of the Indian cricketing regulatory body, the BCCI.

Sourav Ganguly has taken the right measures to ensure the sport is booming in India under his presidency. One of the toughest decisions he had to take this time was to postpone the IPL due to the COVID-19 outbreak. He upset some popular faces as he took swift decisions to ensure the safety of the players and those with interest in the sport.

Since the virus’ outbreak, countries are urging citizens to remain indoors and avoid social contact so as to contain the spread of the virus. On Thursday night, the Prime Minister of India announced a nationwide Janata Curfew or a self-imposed a curfew to stay at home and appreciate those who are helping fight the disease.

To this decision, many cricketers backed the PM and voiced their opinion on twitter.

Be alert, attentive and aware to combat the threat posed by the Covid 19. We, as responsible citizens, need to adhere to the norms put in place for our safety as announced by our Honourable Prime Minister Shri @NarendraModi ji. #IndiaFightsCorona

Our respected PM @narendramodi Ji has requested all to adhere to the Janta Curfew on 22nd March by staying home. Stay safe you all and take care ?@PMOIndia #JantaCurfew #IndiaFightsCorona

Let’s join hands with our PM @narendramodi and observe #JantaCurfew on March 22 from 7 am to 9 pm IST. We need to exhibit utmost restraint as a nation #IndiaFightsCorona @PMOIndia pic.twitter.com/81ZhyOFZng

These are testing times for all and I salute the work being done by our doctors, nurses and medical staff across the country. I urge everyone as responsible citizens to follow the measures put in place by the government. Be safe and alert. #IndiaFightsCorona

The Prime Minister has requested all to remain indoors from 7 am to 9 pm on Sunday, 22nd March 2020. He also announced that all people must, at 5 pm come out in their balconies and show their support by clapping in honour of those fighting towards the containment of the disease.

Please stay indoors as advised by the government and take all measures to fight this disease, as India moves into the crucial period of containment of the virus.

Warad Bhat
Warad is passionate about brands, football, films and food. He enjoys reading about latest gadgets and technologies and spends his time either watching movies or cooking something new. Warad is a spiritual person who believes that to change the world you must change yourself from within.
Previous articleFootball Fraternity pays emotional tribute to India’s footballing legend
Next articleSports fraternity bats for precautions against Coronavirus