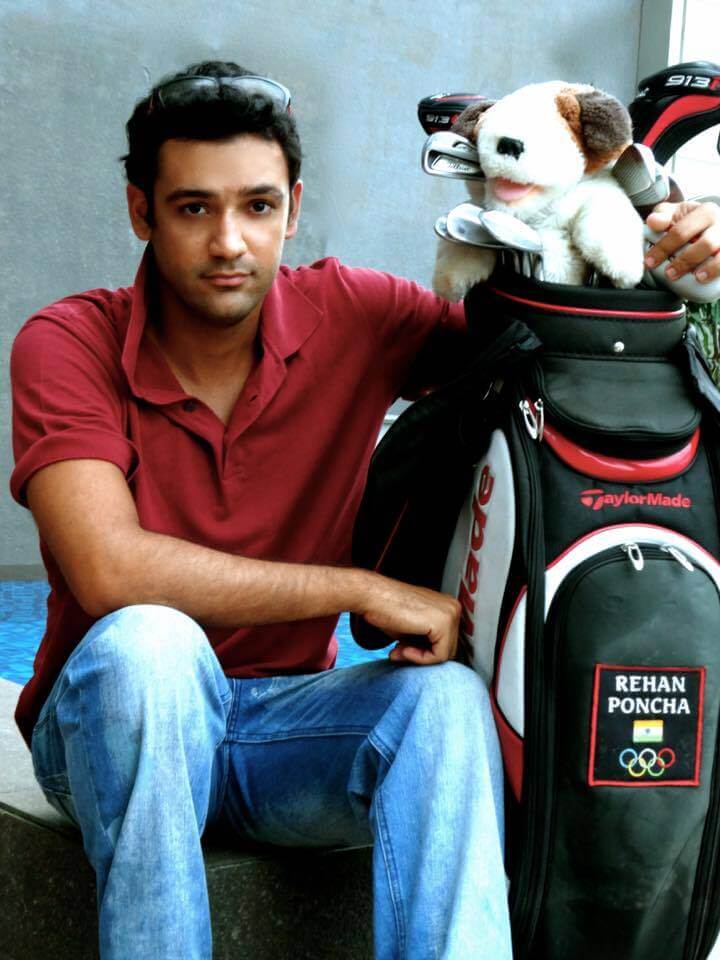 Rehan Poncha is the poster boy of Indian swimming. Have you ever heard of an athlete representing India in Olympics for two different sports. Well, we might witness that in 2020 Tokyo Olympics. Meet Rehan Poncha, an Olympic Indian Swimmer and Arjuna Awardee.

Asian Games and Commonwealth Games. Rehan currently holds 3 national records. Rehan became an Indian swimming icon by competing in the most prestigious championships. These include Beijing Olympics, Commonwealth Games, Asian Games and the Asian Indoor Games. He has a long list of wins to his name internationally. He won Gold Medals at the Malaysian Open, Singapore Open, Hong Kong Open and Asian Indoor Games and a Silver Medal at the Asian Swimming Championships. In 2010, Rehan received the very prestigious Arjuna Award for his outstanding contribution to sport from President Pratibha Patil. Karnataka Olympic Association honored him with the Eklavya Award. Rehan is the only swimmer ever to have won 2 best overall athlete trophies at the National Games, 3 Senior National Championships and an Arjuna Award.

Concerns for sports in India

Rehan, who happens to be nephew of actor Boman Irani, is very passionate about sports and having experienced the frustration most athletes face in India,in 2014 he wrote a letter to Narendra Modi imploring the prime minister to put the athletes first and prevent officials from using sports associations for their personal benefit.

He wrote “Competitive sport is gruelling, Sir, and requires all manner of sacrifices from an athlete, his coach and family. After 20 years of hard work in the pool, I qualified to race at the Beijing Olympics. My parents were in China to watch me race, a reward for their years of hard work, but the sad part was they had no tickets to watch my event. For two days at Beijing, my parents and coach did nothing but run from pillar to post trying to get their hands on the tickets, just to be able to watch their son race. The irony was that officials who had come along for their trip had entire families with them staying at the official hotel with tickets to multiple venues. It was disgusting to see that so many people not even connected with sport were on this free ride , and even more disgusting to see the attitude with which they walked around while my parents struggled to get tickets to the swimming races!”.

He also said “I don’t idolise Michael Phelps, why should I give him demi-God status? Our country can produce champions too, it’s sad there are no means or opportunities. I’m lucky to be able to afford the sport.”

Rehan Poncha and his love for Golf

Rehan Poncha is now pursuing Golf, with a dream of making it to Tokyo in this new sport for the 2020 Olympics. He said “It was a movie — The Greatest Game Ever Played — that motivated me to take up golf.” One year into the game, Rehan is already beginning to win at club events. He is looking at Amateur Qualifiers next year, and hopefully going pro in a couple of years. His philosophy: “I love being in the spotlight and when I started winning, it really gave my confidence level a boost. For me, it always had — and it still has — to be something competitive.” Losing is not an option for Rehan in whatever he does. He has set his goals with due determination. “ I am definitely going to be good enough to play my first round of amateur qualifiers in golf and will try to finish in the top 30 in the country.” And being “the best golfer India has ever seen, limitless success and living life on my terms” are other points on his bucket list.

Rehan wants to give back to the sport which gave him so much. He offers a short format skill sharpening “SwimSmart with Rehan Poncha” clinic using his own experience of racing and training. It help swimmers in competitive programmes become better. The demand for this workshop in India’s best country clubs and swim teams is growing by the day. Rehan has also delivered various Ted talks and has done motivational speaking at schools, colleges and corporate events. We hope he will bring us laurels in the 2020 Olympics and we wish him all the best.

For more such sports stories in your inbox, please don’t forget to subscribe  🙂

KreedOn Network
We are a team of sports writers who research about sports in India day in day out. Please reach out to us in case of any specific requirement of digital services on [email protected] .
Previous article
The brave-heart Indian boxer – Manoj Kumar
Next article
PT Usha Biography: The Story of Sprint Queen of India

How can sports transform Uttarakhand’s economy ? – A Detailed Case Analysis

Satnam Singh: The One in a Billion Basketball Player from India