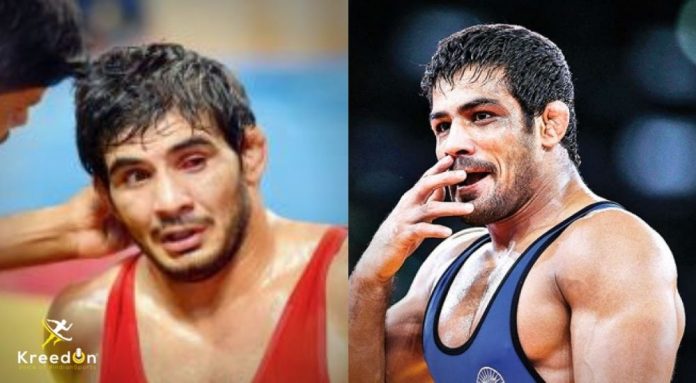 Grappler Jitender Kumar won the 74 kg trials on Friday and by doing so he has slimmed Sushil Kumar’s hopes to qualify for the Ranking series, Rome (25 to 28 January) as well as the Asian Championships, New Delhi (18 to 25 February).

However, Jitender will need to impress the Wrestling Federation of India (WFI) in both the events to compete in the Tokyo Olympic Qualification competition in China. Sumit Malik (125kg) and Satyawart Kadian (97kg) also made it to the Indian contingent with victories over their opponents.

Jitender won 5-2 against Amit Dhankar after Sushil Kumar had withdrawn due to his shoulder injury. The two-time Olympic medallist requested the WFI to postpone the trials, but the association did not budge.

Winners of the trials hold significance as the winners are selected in the wrestling team for three crucial tournaments: Ranking series, Asian Championships and the Olympic Qualification tournament.

However, WFI president  Brij Bhushan Sharan Singh said the association may hold new trials ahead of the Xian event. “If we find that the performance of our wrestlers is not satisfying at the first two events, we can have fresh trials to select wrestlers for the Asian Olympic qualifier,” Sharan told PTI.

“We want to send our best wrestlers so that India can have the maximum number of quotas for the Olympics,” he added. Sushil had beaten Jitender before the World Championships in September last year. However, WFI issued a clarification that Sushil Kumar will not be considered if Jitender performs well in Rome and Delhi.

“If we are happy with the performance of our wrestlers in Olympic categories, where we have not got the quota, we will not have trials. As for Sushil, no one will be allowed to go for Olympic qualifiers, without having to compete in trials. He said he is injured, so we have to believe in him,” he added.

Manan Dharamshi
I usually describe myself with three 'F's, i.e, Food, Football and Films. Born and Brought up in Bangalore since the mid-1990s, I have always had a huge interest in playing football, cricket and watching other sports. People who know me always tell I bleed football. Sports, and Football, in particular, has helped me through hard times and helped me to shape my view on the world. And that is one of the reasons why I want to serve as a Sports Journalist.
Previous articleATK vs MCFC Dream11 Prediction 2020 | ATK vs Mumbai City FC
Next article“Cricket will miss you” Twitter pays emotional tribute as Irfan Pathan retires