Northeast Sportspersons over the years have developed a habit making it big at national and international sports events. A positive sports culture in the region has yielded numerous medal winners and world champions who have stamped their authority on the global stage. As a sports promoter, we can proudly say that it is the un-official sports capital of India that is helping many youngsters and their families to come out of poverty through sports.

Population wise Northeast India constitutes only about 3.7% of the total Indian population. The youth out there are well-known for their inclination towards various sports, especially Manipur.

To give a fact, out of the entire 2016 Rio Olympics contingent, around 7%, were northeast sportspersons.

Why are Northeast sportspersons at the forefront of Indian Sports? Let’s crunch some numbers!

When it comes to generating funds and using them for sporting activities, the Northeastern states stand apart. Around 9% of the National demand for funds to develop sports infrastructure and conduct sports competitions under the new central scheme ‘Khelo India’ came from the North-Eastern states.

The Khelo India program provides funds for conducting sports events in two age groups of under 14 and under 17. This is to encourage mass participation of both boys and girls in sports and creation of sports infrastructure facilities.

Even before the Khelo India program, out of the Rs. 191.25 crore spent from 2014- 2016, under the Rajiv Gandhi Khel Abhiyan (RGKA) and the Urban Sports Infrastructure Scheme (USIS), 17.2% of the national demand came from the Northeast.

The state of Assam’s expenditure on Education and Sports at 35% is much higher than the national average of 16%.

Here are some of the renowned northeast sportspersons who made India proud at national and international sports events.

In Sikkim he is hero worshiped and thousands of young boys look upon him as a role model. He is famously known as the “Sikkimese Sniper” due to his efficient football shooting skills.

Bhutia has played for teams like the British Club, the JCT Mill club, Mohun Bagan Club etc. In the 2009 Nehru cup series he received his 100th international cap. He also won the SAFF Championship and the AFC Challenge Cup. In 2010 Baichung Bhutia founded the series of football schools known as Baichung Bhutia Football Schools in partnership with Nike. He recently retired after playing his last match in January 2012.

Mary Kom was decided to become a boxer by witnessing the success of Dingko Singh in 2000.

Due to her talent, Mary Kom went on to become best female boxer India has ever produced. She is a 5 time world champion in Amateur Boxing championships and has won medals in all the 6 world championships. Fondly called “Magnificent Mary”, till date she remains the only woman who not just qualified for the 2012 Olympics, but gave India its first ever medal in her category.

Mary Kom bore the Queen’s Baton in 2010 during the 2010 commonwealth games in New Delhi. In October 2014, this shining light of  northeast sportspersons won the first Gold Medal of her career at the Asian Games in South Korea.

One of the best stars in the International archery circuit; Jayanta Talukdar has brought Assam international acclaim in the archery circuit. He was a part of the Indian Archery squad in 2004 Olympics. His best performance was winning the gold medal in FITA Meteskan in the 2006 World Cup.

Jayanta Talukdar is bestowed with ‘Pratham Bharatiya TIRANDAJ’ award for his contribution to the sport. In the year 2006 Jayanta Talukdar won the gold medal at the Asian chapter of South Asian games before going on to win the bronze medal in the 2006 Asian Games.

Jayanta won the Gold Medal in the Archery World Cup in Porec Croatia.  He went through a losing streak in 2009 but still retained number 1 seed status in the Copenhagen World Cup. On 2010 Jayanta won the bronze medal in the individual episode in CWG in New Delhi and then qualified for the 2012 London Olympics in 2012. On 21st June in 2012 Jayanta Talukdar won a place in the Indian men’s recurve archery team in 2012 London Olympics Team.

Shiva Thapa is a resident of Guwahati, Assam. He is supported by Anglian Medal Hunting Company who belongs from Guwahati. Shiva Thapa was a part of the Indian contingent that participated in the 2012 Olympics. At that time he became the  youngest boxer to appear and win a position in the Olympics. Shiva, one of the talented northeast sportspersons was ranked 3rd in the Bantamweight Category according to the AIBA World Ranking. Shiva became only the third Indian who has won the gold medal in the Asian Games boxing. He is also the youngest Indian to win the Gold medal at any international competition.

Shiva who was born as the youngest of 6 kids in an economically modest family was inspired by his brother Gobind Thapa, who was a state level boxer. In 2016, the non profit organization Olympic Gold Quest took Shiva on board and supported him in the various tournaments. 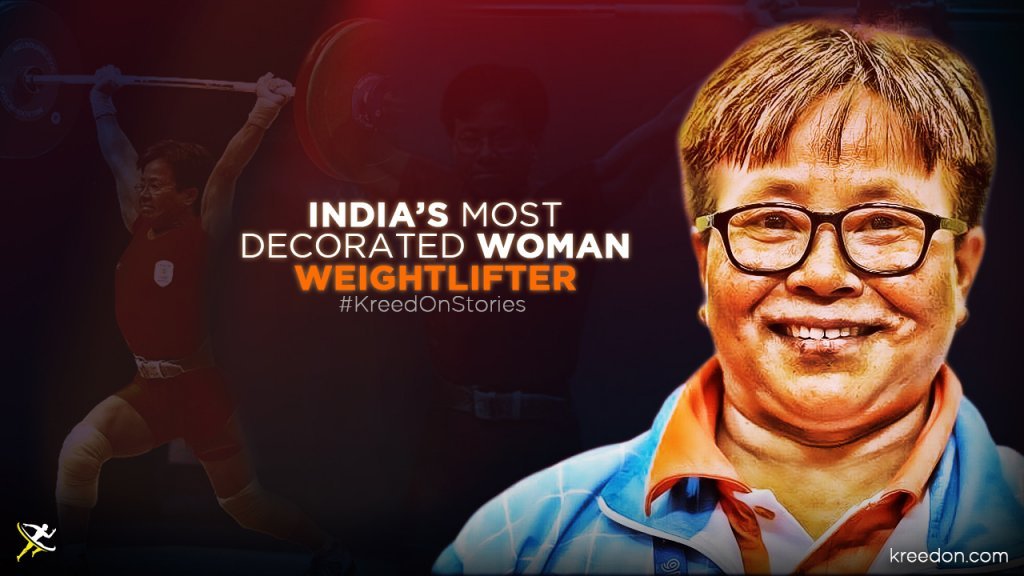 Kunjarani Devi is one of the greatest women weightlifters, not just in India but the world. By sheer hard work and determination she has broken all records, winning a staggering 50 plus international and national medals.

To give you a count,  Kunjarani has won 3 gold, 31 silver and 12 bronze medals in international competitions. She has been rated by the International Weightlifting Federation as one of the top 100 greats of all time.

In the Indian National Championship she has won 23 gold, 2 silver and 2 bronze medals. In the 1990 Asian Games, Kunjarani won the Bronze Medal. She repeated the same feat at the same event in 1994 Asian Games. This time as well she won a bronze medal.

Her performance in the World Championship was also good. She has won 19 silver and 1 bronze in the Championship. In 1998, Kunjarani clinched the gold medal in the women’s 48-kg. Category in the weightlifting event of the 17th Commonwealth Games. 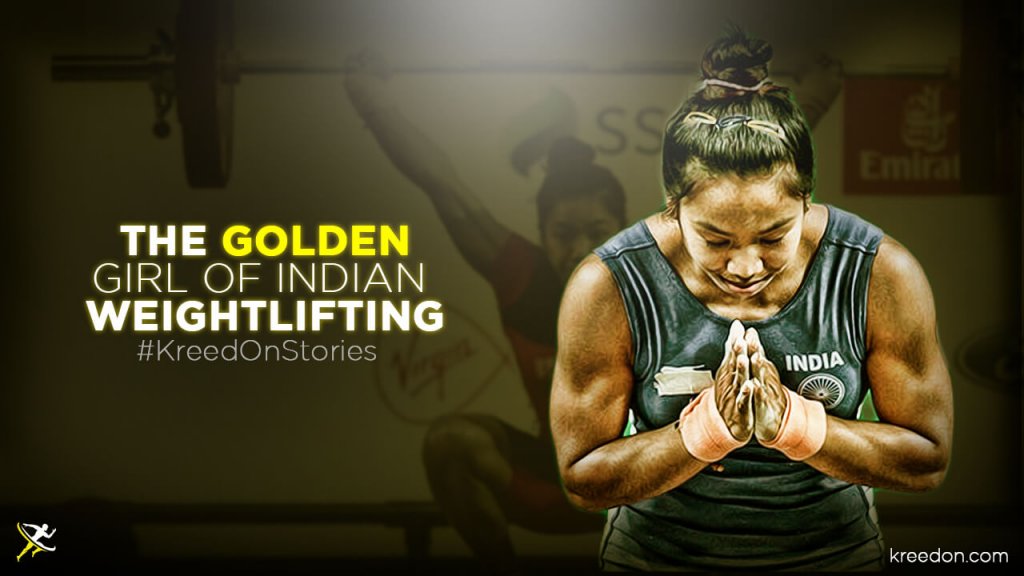 Saikhom Mirabai Chanu gave India its first gold since 1995 at the 2017 Weightlifting World Championships. Hailing from Manipur, this diminutive girl lifted a whopping 194 kg lift in the women’s 48kg, and set a new national record.

Mirabai overcame not only personal hardships, but also tackled professional disappointment. She lifted approximately four times her body-weight, to claim gold at the World Championships. Coming from a financially critical background, Chanu is employed with the Indian Railways.

Earlier, the young Manipuri tasted bitter disappointment at the 2016 Rio Olympics. Her debut appearance did not go well and she was one of two lifters who did not finish the event.

Her idol is Kunjarani Devi whose inspiring performance at the 2004 Olympics made her take up weightlifting.

Can the rest of India follow the example of the Northeast Sportspersons and their sporting culture?

Incorporating sports into a child’s education adds to his/her holistic growth and personality development. The Northeast sportspersons are very enthusiastic in demanding better sports infrastructure and facilities in their regions. More states in the country should follow the example of the Northeast. Follow them,  not just to produce better sportspersons for India, but also to help build a better society for the future generations.

Vardan Pandhare
Vardhan is an author who loves creativity. He enjoys experimenting in various fields. After completing his graduation, he was sure about one thing! His love for sports. He is now living his dream of being creative with words in the field of sports. He has since then always brought the latest news and updates for all the sports fans.
Previous article
ICC Cricket Awards – Virat Kohli gets all the Top Honours
Next article
Rajasthan Police – A Shining Light of Indian Sports

Legends of the Game December 12, 2017
Go to mobile version