India’s first even Gold medallist in Javelin Throw Neeraj Chopra and Indian cricket team captain and No 1 ODI batsman in the world Virat Kohli have been recommended for the prestigious Khel Ratna Award by their respective governing bodies.

In addition to the Khel Ratna, Chopra, 20, has also been nominated for the Arjuna Award by the federation besides javelin thrower Annu Rani and four time Commonwealth Games medalist Seema Antil Punia.

For Dhyanchand Award, the names of Bobby Aloysius, Kuldeep Singh Bhullar and Jata Shankar have been recommended to the ministry by AFI while TP Ouseph is nominated for Life Time Achievement Award.

The Commonwealth Games gold medal was only the latest of several accomplishments for Chopra in his short career so far. In 2016 he became the first Indian to win a gold medal at any world event in athletics when he claimed a gold at the World Youth Championships in Bydgoszcz, Poland.

His winning throw of 86.48m was both a national record as well as a still standing world record in the youth category. Chopra subsequently won a gold medal at the 2017 Asian Championships in Bhubaneswar. Favourite ahead of the Gold Coast games, Chopra would live up to that expectation. His throw of 86.47m would see him becoming only the fifth Indian athlete to have won a track and field gold medal at the Commonwealth Games.

An Arjuna award for discus thrower Seema would be a suitable reward for a long career at the highest level. Seema was always destined for success, winning a medal at the 2000 World Junior Championships.

Her excellent start at a junior level, however, hit the controversy immediately as she received a warning for the use of a stimulant- pseudoephedrine, a drug widely used in medications for common cold.

Nevertheless, Seema has never been suspended and subsequently won a bronze at the 2002 World Junior Championships. The athlete competed nearly unstopped for the past two decades. Starting with the 2006 edition in Melbourne, Seema has never finished out of the podium at the Commonwealth Games, winning a bronze and three silvers, the last of which came at the 2018 Games at Gold Coast.

The 34-year-old athlete from Sonipat, Haryana, has also competed in three Olympic Games. In the last Asian Games at Incheon in 2014, Seema did India proud by winning a gold medal.

Bahadur Singh, Chairman of Arjuna Award recommendation committee of AFI, said, “Seema deserves an Arjuna Award. She is one of the greatest and most consistent athlete India has produced. Her four-consecutive gold medals at Commonwealth Games proves that.” 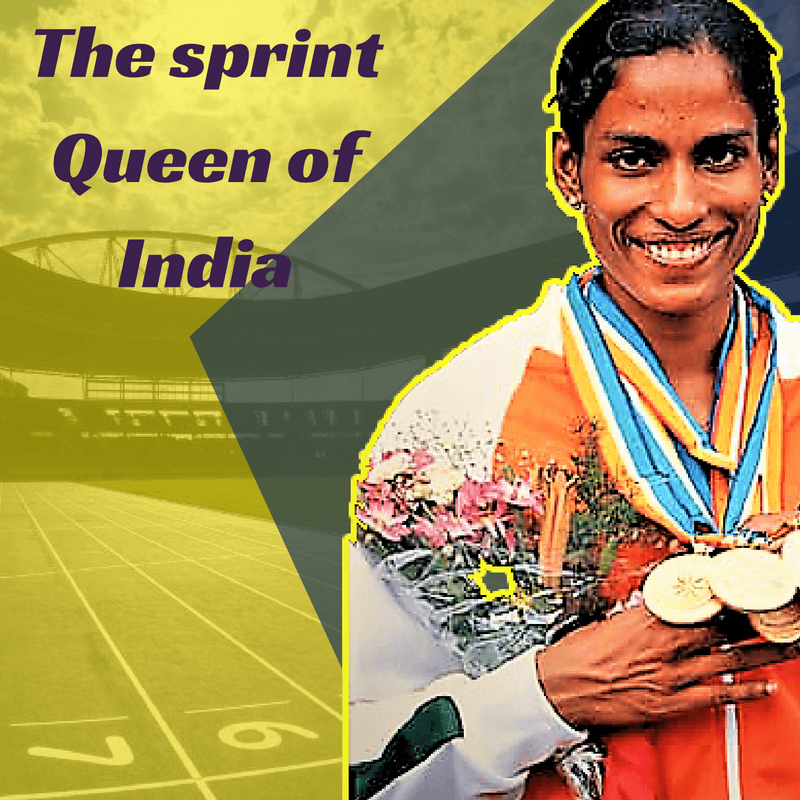 PT Usha’s Dronacharya Award nomination comes 34 years after she won both the Arjuna Award as well as the Padma Shri award for her achievement on the track – she had finished fourth at the 1984 Olympics.

Usha who remains one of India’s most accomplished athletes with 11 medals at the Asian Games, had retired in 2000 with a promise to nurture a new crop of athletes.

The Usha school of athletics, formed in 2002 has consistently managed to produce athletes for the country. It’s most successful athlete has been 800m runner Tintu Luka. Luka has won two gold medals at the Asian Championships and also a gold medal in the women’s 4x400m relay and a silver in the 800m at the 2014 Asian Games. Usha has continued producing athletes of excellence with Asian Junior champion Jisna Mathews, the latest in the production line of excellence.

25-year-old Annu Rani is also in the running for an Arjuna Award. The national record holding javelin thrower, has won bronze medals at the 2014 Asian Games in Busan as well as the 2017 Asian championships in Bhubaneshwar. Although she missed making the Indian team at the Commonwealth Games, she would certainly be bidding to make up for it at the Asian Games in Jakarta.

Former Indian cricketer Sunil Gavaskar’s name has been recommended for Dhyanchand Award, which is India’s highest award for lifetime achievement in sports and games.

The BCCI has also recommended Indian cricketers Smriti Mandhana and Shikhar Dhawan for the Arjuna Award, in recognition of the exuberant performances.

This is the second time Virat Kohli’s name has been recommended for the Khel Ratna award by the country’s cricket board.

In 2016, the BCCI had recommended Kohli’s name for the coveted award but unfortunately he did not receive the same.

If Kohli clinches the award this time, he would become the third cricketer to get the Khel Ratna after legendary cricketer Sachin Tendulkar and country’s most successful captain Mahendra Singh Dhoni.

Tendulkar received the award in 1997 while Dhoni bagged the same in 2007.

The prestigious award is given for the spectacular and most outstanding performance in the field of sports by a sportsperson over a period of four years.

Vardan Pandhare
Vardhan is an author who loves creativity. He enjoys experimenting in various fields. After completing his graduation, he was sure about one thing! His love for sports. He is now living his dream of being creative with words in the field of sports. He has since then always brought the latest news and updates for all the sports fans.
Previous articleHockey India announces Captain(s) for the upcoming Men’s and Women’s WC
Next articlePrajnesh Gunneswaran wins first ever ATP Challenger Title

How Neeraj Chopra Broke His National Record: ALL YOU NEED TO KNOW

Top 5 most talented Indian Javelin thrower of all time

Ind vs Pak head to head | India vs Pakistan Stats...

Cricket World cup 2011 Indian team: Where are the winners now?