Neeraj Chopra – Rise of a champion aiming to become a legend

The Indian sports scenario seems to be undergoing a major transformation in the last few years. Of course, we still have a long way to go, but a lot of positive developments can be seen. The real indicator of any improvement is the result. Similarly, the rise in Indian champions in various areas of sports is very heartwarming change. We, as a country, have more often than not focused only on some cliche sports. Yet, the support and encouragement seen in the media and among common viewers are what makes the most difference.

A podium finish for an Indian in athletics world championship is as rare as Kumbh mela. Only a few in the likes of Milkha Singh and PT Usha who went close to it. They say that Indians are not genetically suited for athletics to compete against the world’s best. Neeraj Chopra, an 18-year old Indian athlete, on the other hand, says “Jab hard work chalta hai na honsle ke sath, tab sabhi uske saamne pheeke pad jaata hain (When you work hard enough with willpower, the external factors fade away)“.

Who is Neeraj Chopra?

Neeraj was an ordinary young boy from a village Khandra in Panipat district, Haryana. He was playing sports for fitness but little did he know about his future when his friend introduced him to throwing events. After looking at the throws of the senior Javelin throwers, he got amused and tried his hands with the spear. The talent was evident to seniors and they encouraged Neeraj to start training and take up the sport seriously. He used to take lifts from passing vehicles to travel 16-17 km from his village to training ground due to lack of public transport connectivity. The money coming from home was also limited and not

enough to buy the diet of an athlete. 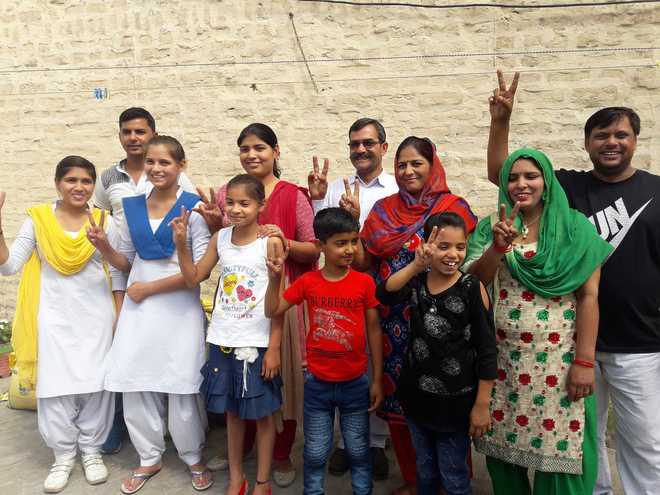 Neeraj comes from a simple agrarian family in Haryana. He lives in a big joint family. His father, Haryana. His father, Satish Kumar, is a farmer and his mother is a housewife. He also has two sisters. A career in sports was never a plan for him. He started going to the Panipat stadium simply for jogging. However, destiny had other plans and rest, as they say, is history.

“We have a joint family, and along with Neeraj, there are eight children. It was difficult to raise eight children. We have a little bit of farmland. For the last four-five years, the yield hasn’t been good. The weather gods haven’t been kind to us either. But I and my brother made sure Neeraj’s training wasn’t hampered,” his father Satish Kumar told the PressReader. 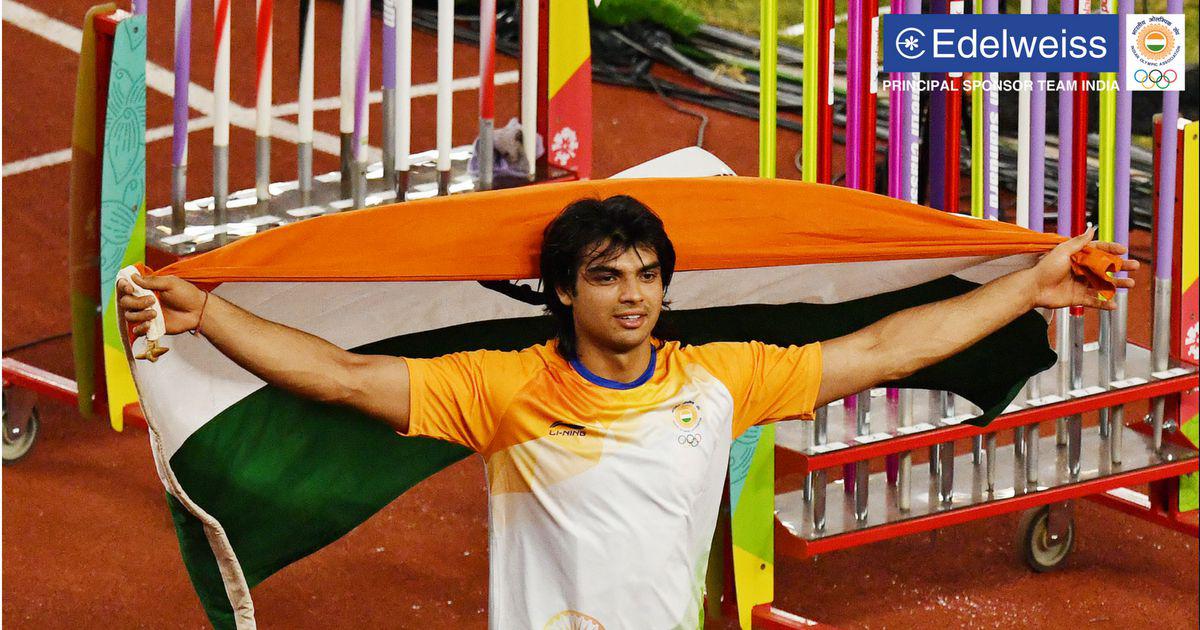 The Journey of Neeraj Chopra 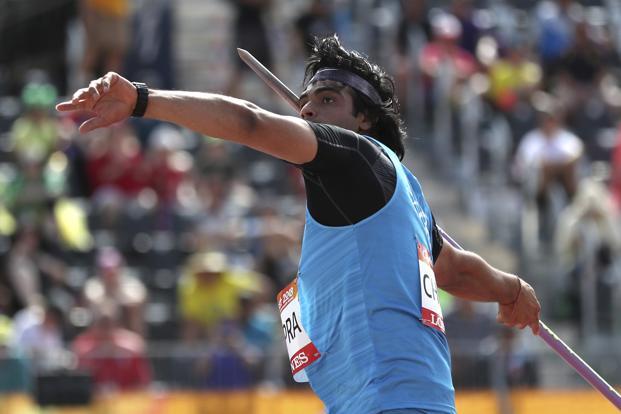 After a lot of practice and confidence boost, Neeraj participated in his first national tournament and won the gold. He advanced his training after this and joined the national camp for exposure and experience. He reportedly says he learned a lot from seniors like Rajender Singh and watching videos of foreign javelin throwers.

By 2014, Neeraj was able to buy his first Javelin worth Rs 7000/- of mediocre quality. While he availed the international level javelin worth 1 lakh in the national camp he attended. His family also had to deal with a cultural shock that Neeraj was eating meat but they understood his nutritional requirements & considered the competition at the highest level.

He broke the record of the longest Javelin throw in the history of U-20 World Championships. It was 86.48m. Long enough to push the senior world rank of a young boy to 9th position for a temporary period. Long enough to become the second Indian to win a gold medal at an IAAF world event after long jumper Anju Bobby George.

#OnThisDay in 2016, Neeraj Chopra became the first ever Indian to win a gold medal at World (U20) Athletics Championships after unleashing a massive throw of 86.48m to create a new WORLD RECORD.@afiindia pic.twitter.com/ORPdcIGGqX

And, long enough to fetch a bronze medal in RIO Olympics if he would have qualified. (85m – Bronze). He also broke the existing national senior record of 82.23m.

He was 10 days short of qualification deadline for RIO. His last attempt to qualify was in SAFF Games where he missed qualification by 77 cm. Owing to his injury limitations in SAFF Games, Neeraj decided to rest before world championships and it paid off.

Neeraj credits his Australian coach, Garry Calvert for the improvement in his technique and the subsequent results. Losing his beloved coach was a huge loss for Neeraj. Garry passed away in July 2018 due to a heart attack. Neeraj was training in Finland when he heard the news.

Garry Calvert, who was instrumental in shaping India’s brightest javelin thrower Neeraj Chopra’s career, passed away at 63 due to a heart attack

The year 2018 turned out to be a truly golden year for the champion. He became the first Indian to win a gold medal in the javelin throw. He was a favorite for the top honors after his remarkable feat at the Federation Cup. With a mark of 86.47m, he brought home the CWG gold and made history.

He trained under Werner Daniels for three months before the Commonwealth Games. Then he joined the national camp under the legendary Uwe Hohn. Being coached by such experts helped Neeraj tremendously.

“I think 2016 was good for him but he was lost in 2017, did not have core strengths and technique was not good as he had issues with coach (availability). But a few changes in his technique he should among the top in the world in the coming years,” Uwe told The Indian Express.

He repeated his feat by becoming the first Indian javelin thrower to win gold at the Asian Games. His best throw came in his third attempt. He broke his own national record with a mark of 88.06m. His first attempt was of 83.46m and the second one turned out to be a foul. Along with the historic gold, Neerah brought a lot of cheer to the entire nation.

“I was sure that I would perform well before the year started. Before the big Games, there was a lot of talk about how would this year pan out. I have won golds at Asian and Commonwealth Games this year. I’m feeling very good,” Neeraj Chopra told The Quint.

Neeraj has truly become an Indian sports icon with his consistent performance throughout the last few years. He has a long way to go. For now, his only aim is to break the 90m record and bring home an Olympic medal.

It is always a proud moment to see our country getting medals in international games. Youngsters like Neeraj Chopra are the future of sports in India. In a country obsessed with cricket, such stories will motivate youngsters to take the road less taken. Follow us to know interesting and inspiring stories in Indian Sports.

KreedOn Network
We are a team of sports writers who research about sports in India day in day out. Please reach out to us in case of any specific requirement of digital services on [email protected] .
Previous article
Mahavir Singh Phogat : The Dangal King for women wrestlers in India
Next article
Virender Singh – Goonga Pehelwan