For years, India has been recognised as a dominative batting side. However, recent times have seen the Indian bowling attack match up the batting brute force as the Men in Blue climb their way towards world dominance. And Navdeep Saini is the latest speed bowling machine on his way to join India’s elite fast bowling likes of Jasprit Bumrah, Bhuveneshwar Kumar, Ishant Sharma and co.

Saini’s journey started from a small town of Kamal in Haryana earning ₹200 to ₹400 a competition and has reached the biggest stages of International cricket. Known for his consistency to pitch balls at over 140 km/hr, Navdeep Saini is truely India’s next bowling sensation.

Navdeep Saini was born in November 1992 in Karnal, a city with 2.87 lakh population in Haryana. He hailed from a financially-weak family. “There were problems, to begin with,” Saini said in an interview to ESPN Cricinfo.

“My father works as a driver in the Haryana government and has been supportive of my cricket. But, my family couldn’t afford the fees at the academy,” rewinds back to childhood.

However, this did not stop a young and determined Saini, as he started practising with tennis balls. In fact, until 2013, Saini had never bowled with a leather ball!

A young Saini used to play in various tennis ball tournaments, earning ₹200 to ₹300 rewards at the most. He used this money to register in trials for the Karnal Premier League, conducted by Delhi pacer Sumit Narwal. Saini’s performances left quite an impression on many people, including one Sumit Narwal.

Saini would play tennis-ball tournaments and eke out INR 200-300 as cash reward at the most. He used the money to enrol himself in the try-outs of the Karnal Premier League, a tournament conducted by Delhi seamer Sumit Narwal. 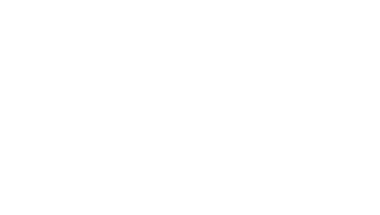 Being an outsider, Saini was overwhelmed with the pressure on him. However, the warmth from his seniors, especially Gambir, helped the 19-year-old settle his nerves.

Gambhir had several run-ins with the selectors because Navdeep came from Haryana and not Delhi and was considered an ‘outsider’. Furthermore, Navdeep had not taken part in any form of league cricket associated with the Delhi District Cricket Association. However, ultimately, he was successful in getting Saini on board.

Saini made his first-class debut for Delhi against Vidarbha in the Ranji Trophy match on 14 December 2013. While it was Ishant Sharma who made the headlines with his 6/16 in the first innings and 3/52 in the second; a young Saini held his head high with a decent debut performance of 2 wickets while conceding 18 runs.

In the only other match he played that season, Saini picked 3/88 against Punjab days later.

Being the least experienced in the Delhi circuit, Saini knew he had to work harder than everyone. Soon, Saini’s performances started to grow, and he started to become a vital cog of Delhi’s pace attack.

In the 2014/15 season, Saini picked 16 wickets in 5 matches with an average of 15.50. He also picked his first seven-wicket haul against Rajasthan

Saini had his breakthrough season in 2017/18. He finished as the first highest wicket-taker for Delhi and joint-fourth highest wicket-taker of the tournament with 34 wickets in 8 matches. His performance caught eyes, and before no time Saini was flying off to South Africa for India A, before returning to face New Zealand A at Vijaywaoopda.

“Playing for India A for the first time, there was pressure. But, then I was alright,” Saini in an interview to ESPN CricInfo.

“Before going to South Africa, Yuvraj paaji was there, so he told us about the conditions there and the lengths to hit. He asked me to practice bowling those lengths before going there because I wouldn’t get any time to adjust to it. The camp was very useful,” he added.

Saini picked seven wickets in 2 games away before returning to India and picked 1 wicket in 1 game against New Zealand A.

Navdeep Saini’s breakout performances in the domestic circuit and India A caught eyes. In the 2017 Indian Premier League auction, Saini was picked up by the Delhi Daredevils for ₹10 Lakh.

While Saini did not feature in a single game for the Delhi side, his first-class and list A performance ensured he was one of the top uncapped players in the 2018 IPL auction.

After a bidding war, the Royal Challengers Bangalore purchased the pacer for ₹3 crores. However, the Challengers did not use him throughout the season. However, Virat Kohli led RCB saw his potential. He was one among 14 players retained by the Bangalore-based franchise.

After a two-year wait, Saini finally made his debut in the IPL 2019 season against the Chennai Super Kings. He bowled 4 overs with a decent figure of conceding 24 runs. However, it was RCB’s batting that made the headlines for the wrong reason. The famed batting order had fallen for 70 runs.

Saini was an important cog of the bowling unit in the season. His performances were a ray of hope in a season where the RCB’s batting order failed consecutively, and bowlers including Chahal got hit for maximums.

Saini finished as RCB’s second top wicket-taker with 11 wickets as he clocked speeds of 150 km/hr on multiple occasions.

Navdeep Saini made his T20 debut for India against West Indies at Lauderhill on the 3 of August 2019. He had a dream debut, having picked 3 wickets in 4 overs, including those of Nicholas Pooran and Shimon Hetmyer. He was rightfully named as the Man of the Match.

During the second T20I against Sri Lanka on 7 January 2020, Saini clocked the speed of 146.5 km/hr as he clean bowled Danushka Gunathilaka. He crossed the 150 km/hr barrier many times and picked 2/18. Navdeep was named the Man of the Match again.

Saini’s performances in the domestic circuit and the IPL opened several doors for him. He was called to bowl at the India nets before the South Africa tour (2017) and the Sri Lanka series at home. Saini was also named as a standby bowler for the 2019 Cricket World Cup in England and Wales.

Post World Cup, the Board of Control for Cricket in India included Saini in the ODI and T20I squad for the West Indies tour. However, Saini spent all the time bowling in nets and on the bench. During the year-end ODI series against West Indies, Saini replaced an injured Deepak Chahar.

He finally made his debut in the series against West Indies on 22 December 2019. Saini was the best bowler among the Indian team on the day as he picked 2 wickets including the dangerous Evan Lewis and Roston Chase. A Virat Kohli brilliance won the match for India.

Navdeep Saini is amongst the fastest bowlers Indian cricket has ever produced. While he has been stunning batsmen in the domestic circles for quite a while, Saini’s stunning pace was on full display in the T20I match against Sri Lanka in Indore.

As per Star Sports’ statistics, the 27-year-old bowled the night’s quickest delivery at 151.6 kmph. Not only that he also ended up with an average speed of a massive 141 kmph.

In fact, Saini’s searing yorker to dismiss Danushka Gunathilaka was a 147.5 kmph delivery while the near-unplayable bouncer in the run-in to Oshada Fernando’s dismissal was a 144 kph effort ball. Considering his track-record, much can be expected from Navdeep.

5 Players RCB could target in the IPL Auction 2020