National Sports Day: Everything you need to know about Sports in India

That should be the first question – Why 29th August, of all days, is celebrated as the National Sports Day? Well, it is the birth anniversary of India’s one of the most celebrated sportsperson and arguably the best hockey player – Major Dhyan Chand.

Dhyan Chand, known as ‘The Wizard’ due to his exceptional ball control, was born on 29th August 1905 in Allahabad. The centre-forward played a pivotal role in India’s first three consecutive Olympic gold medals in hockey – 1928, 1932 and 1936. In fact, the legend goes that after India thrashed Germany 8-1 in the final of the 1936 Berlin Olympics, Adolf Hitler was so impressed with Dhyan Chand’s performances that he offered him to join the Nazi Germany army. Of course, the Wizard denied it.

The legendary hockey player scored 570 goals in 185 matches in his illustrious career of 23 years. The Government of India honoured Dhyan Chand’s achievements by declaring 29th August as the National Sports Day in 2012 – And rightly so!

Rajiv Gandhi Khel Ratna Award, Arjuna Award, Dronacharya Award, and Major Dhyan Chand Award are the sports-related awards given by the Government of India. And what better day than National Sports Day to felicitate the winners of this award? The President of India presents this award to the winners in a special ceremony at the Rashtrapati Bhavan on 29th August every year.

It is the highest award in the field of sports in India. The award was introduced in 1991-1992 and Chess legend, Viswanathan Anand was its first recipient. Deepa Malik will become the first female para-athlete to receive the prestigious Khel Ratna Award. Here are the winners for 2020:

Awarded for outstanding achievements in sports, the award was started in 1961. It is the second-highest award in the field of sports in India.

Awarded to coaches who have done an exceptional job in the past few years, Dronacharya Award was started in 1985. It is divided into two categories – regular and lifetime achievements.

Dhyan Chand Award is given for lifetime achievements in sports, and it was introduced in 2002.

The Union Ministry of Youth Affairs and Sports

The Union Ministry of Youth Affairs and Sports looks after the sports in India. In Prime Minister Narendra Modi’s second term, Kiren Rijiju is the current minister of Sports. The Government has undertaken several initiatives for the development of sports in the country. The Indian government has also provided jobs to several athletes to help them financially.

Amongst some of the important schemes, Target Olympic Podium Scheme was introduced in 2015 with an eye on increasing the number of medallists at the upcoming Olympics. The Government of India launched the Khelo India Youth Games in 2018. In these games, athletes from various parts of the city are provided with a platform to showcase their talent. The Games are conducted for U17, and U21 category and best 1000 students are given the sports scholarship of ₹5,00,000 per year for eight years in order to prepare them for the international stage.

India’s Achievements at the International Level

India is a country of 1.3 billion people, which is almost 17% of the world population. We are second in the list of highest population and yet we are nowhere near the powerhouse in sports. Something is definitely not clicking, is it?

But that is a topic of discussion for some other time. On the occasion of National Sports Day, let us take a look at India’s achievements in sports in the past.

India has won a total of 28 medals at the Olympics in 34 appearances – Less than a medal at each event.

Apart from the Olympics, where India has performed exceptionally below average, the nation has managed to bring home a number of World Championships.

Cricket, the most famous sport in India, has been the heart and soul of the country for years. India’s first World Cup triumph in Cricket came in 1983 as Kapil Dev led the nation to one of the impossible victories. The country had to wait another 28 years for the second World Cup. MS Dhoni-led Indian team won the 2011 World Cup and became the first team to win the Cricket WC on the home soil.

Apart from two World Cup in ODI, India has also won the inaugural T20 World Cup in 2007 and Champions Trophy in 2002 and 2013. India has won the U19 World Cup on four occasions, most by any country.

India has also won the Hockey World Cup once, in 1975 where they defeated arch-rivals Pakistan 2-1 in the final. And when it comes to Kabaddi, India is the best team and have won all three World Cups played so far.

Viswanathan Anand is, without a doubt, the best Indian Chess player. The 49-year old dominated the world of Chess for more than a decade and put India on the map. Due to his World Championship titles and fame which followed, Chess became one of the most popular sports in India.

Anand is a six-time World Champion and two times Rapid Chess Champion. He was the undisputed champion for six years, from 2007 to 2013. The legendary Vishy is considered as one of the greatest rapid players of all time.

Apart from Leander Paes’s bronze medal at the 1996 Olympics, India has done well in Grand Slams thanks to the veteran, his partners Mahesh Bhupati, Sania Mirza and Rohan Bopanna. Vijay Amritraj put India on the map in Tennis in the 1970s, but the Chennai-born failed to win any Grand Slam titles. 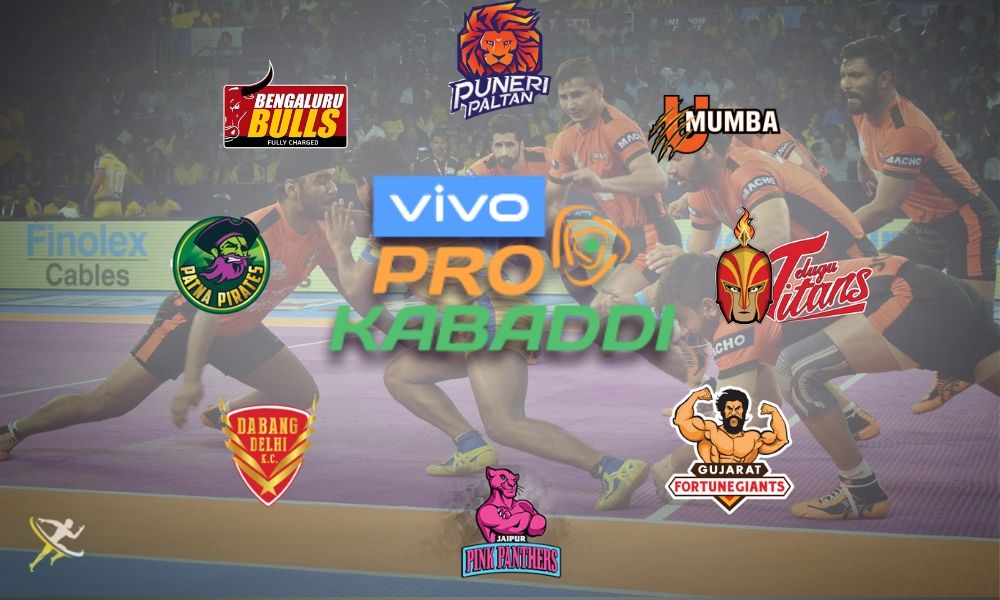 Introduction of the Indian Premier League (IPL) was well and truly the revolutionary moment for sports in India. IPL helped Cricket in India, which was already in an excellent condition but it gave an idea to other games to start the similar franchise-based leagues.

And it has worked out great for a number of sports which have started leagues based on similar themes. Kabaddi has been the biggest beneficiary of this format, as Pro Kabaddi League (PKL), now in its seventh season is the second most popular league behind IPL.

Indian Super League was introduced in 2013 for the growth football in the country. And so far, the league has done well to increase the popularity of the game. On similar themes, Premier Badminton League, UBA Pro Basketball League, Pro Wrestling League, Ultimate Table Tennis, Pro Volleyball League are some of the newly launched leagues.

With a number of leagues introduced, players have found a platform to showcase their talent while also getting rewarded for their performances. With the leagues been broadcasted on TV and a host of brand endorsing it, the money has also started flowing in the pockets of players, and they are getting the recognition they deserve.

It’s not like anyone is trying to replace Cricket from the top. Cricket is the most famous sport in India, and it will continue to be so for the foreseeable future. But with the introduction of new leagues and Government’s various schemes, people are starting to realise that there is, in fact, more to sports than just cricket. With success stories of athletes like Hima Das, PV Sindhu and many more, the young generation is starting to aspire to become the next PV Sindhu instead of just next Tendulkar or Dhoni. Parents are ready to send their kids to any sports coaching they want – And all this is a big step in the right direction!

We might not have a great population to Olympic medals ratio at the moment, but with time, we will be there. We might not have participated in any of the FIFA World Cups so far, but with the efforts that are being put to improve the Blue Tigers, it is only a matter of time before we hear ‘Jana Gana Mana’ against, say, Spain or Brazil.

Chinmay Pagar
I might be a Mechanical Engineer on the paper, but I was a Sports enthusiast since childhood, screaming at the TV watching cricket at the age of 4. Not much excites me other than sports unless it's free pizza. I can watch literally anything remotely related to sports; Cricket, Football, Tennis, F1, Hockey, Athletics, Chess, you name it! And I love to write too, so at the time I'm not watching sports, I'm writing about it. Or eating pizzas, of course.
Previous articleDream11 BEN vs TAM Pro Kabaddi League 2019 | PKL Prediction
Next articleAnup Kumar Biography | Age, height, weight, Kabaddi, achievements