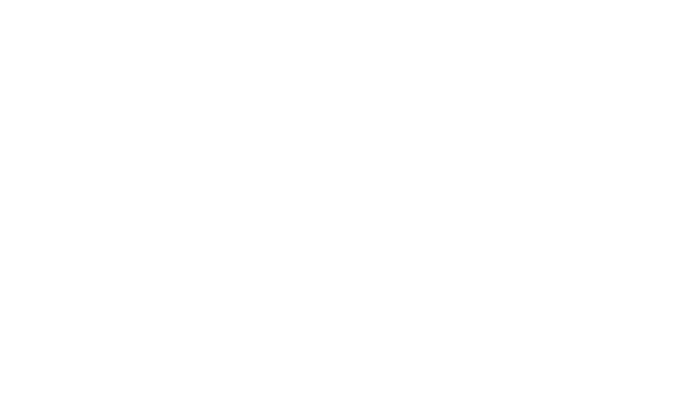 What were you doing at the age of four?

Scratch that. There is every chance you might not even remember that.

But what were you doing at the age of eight?  Failing to stay inside the borders in the colouring book or fighting for your batting in the streets?

Well, that is definitely not something an eight-year-old wonder kid from Pune is doing right now. Arafath Sheikh, a student of The Bishop School, is the youngest Indian Go-Kart driver, and he is already grabbing the headlines with age-defying performances at international circuits. Here’s the tale of the country’s youngest motor racing prodigy:

Arafath’s father, Sayeed Sheikh, was into motorsports, and naturally, the youngster grew up watching his father’s medals and trophies. “My fascination for cars and speed began after watching my father’s racing video,” says Arafath. He never liked playing with soft toys like most of the kids. Instead, what always attracted him were Hot Wheels toy cars and remote control trucks.

The car-crazy Arafath wanted to watch a live formula race at an age when most of us were stuck on cartoon network. His father took him to a go-kart track in Pune to experience the thrill of motor racing. Just four-year-old at the time, Arafath was so excited with what he saw that he didn’t want another Hot Wheels car. He wanted to get behind the real wheels! At the mere age of four. (Yes, FOUR!)

In the very first lap of his career, Arafath performed exceptionally well, never touching the tyre boundaries even once. However, since this was his first experience of driving, the youngster started crying after the lap because of the engine noise. Although he continued for a few more times on Sayeed’s insistence, it took him a while to get used to it. But after 3-4 laps, Arafath himself found driving very interesting and went on for 50 more laps. Since then, the kid has hardly looked back!

Sayeed Sheikh was a National Level Motorsports racer; he was over the moon with Arafath’s interest in motorsports. He was more than gracious to take over as his son’s very first coach during the early days. Even now, Sayeed accompanies Arafath at every race and is the biggest source of inspiration for the eight-year-old.

Arafath’s mother is currently pursuing her PhD in Computers and also loves to teach impoverished children in her free time. The entire family supports Arafath’s passion for motorsports and want to see him make the country proud one day.

The Hard Work That Goes In

It is crazy for us to even think about an eight-year-old kid following the fitness routine and diet restrictions. But motorsports demands a driver to be perfectly fit. And Arafath puts in hours every day in his private gym and off-track practice sessions for the same. He also loves playing football in his free time, and Zlatan Ibrahimović is his favourite player – Warriors love warriors!

It all starts after his 7 to 2:30 school, a little rest, and homework. His daily fitness activities include a full-fledged exercise session at his indoor gym followed with a proper nutritious diet in the form of home-cooked Indian food, salad and sprouts. Arafath had to give up his favourite pulav rice due to diet restrictions. Due to frequent travelling, his sleep schedule also keeps on changing constantly. But that is all secondary for Arafath given his love for speed.

He studies circuit layouts and designs on a daily basis, takes a track walk, draws apex lines to find perfect racing lines, braking and overtaking on the track. Arafath also analyses his performances on the Go Pro (video training)  before the race weekend and tries to correct those mistakes on the track – basically everything you would expect from an experienced professional. Don’t be fooled by his age, Arafath is every bit a driver as others in the world of motor racing.

Arafath’s first coach, Sayeed and team coach Anjum Shaikh have taught Arafath all the skills required for motor racing. These include strategies, a cool head in pressure situations, focus on driving techniques, competitiveness but respect for the opponents at the same time. Off the field, a rivalry is not a thing for Arafath because in his words, “Off-field Stands for what is right and true.”

Looking at Arafath’s training schedule and hard work, it should come as no surprise that he is already making waves in the motorsports field. His very first payoff for all the hard work came during his first-ever international tournament – RAK track (U.A.E), IMAE X 30 UAE championship 2018-19. Arafath finished 2nd in a race that had 12 more-experienced drivers.

Some of his major achievements include:

Quite an achievement for an eight-year-old. It is hard to believe that he has barely only started his career! (When I was eight, even a third prize in a class drawing competition was enough to make me proud!)

Being the youngest motor racing prodigy has its own share of advantages. For example, he will eventually land up with more racing time than the fellow driver further in his career. But there is a downside as well- he will always have experienced drivers to compete against.

Drivers like Lennnard Titica (Bulgaria), Shonal Kunimal (Oman) in Bambino Category and National Cadet Driver Ishan Madesh, who is four years elder to him, are some of the biggest and seasoned competitors Arafath has faced so far.

Nonetheless, the youngster eagerly learns from these more experienced drivers by watching them closely during races.

Moreover, his father, coach, family and school continue to support and motivate Arafath to keep going on. He has already won a lot of medals at international events and has featured in international and Indian media for his exceptional talent. But there is still a mountain to climb. And like his idol, 5-time Formula 1 champion Lewis Hamilton, Arafath wants to make a name for himself.

For now, Arafath wants to focus on winning the IAME X30 UAE Bambino Championship 19-20 starting in September 2019 till April 2020. Moreover, the young racer is buckling his seat belts for another world-famous go-karting series, the Dubai-O-Plate Championship 2020, that will be held on January 2020.

The amount of hard work that the eight-year-old puts in, the support from his family, and his sheer passion for motor racing, we have no doubt he will stand on the top of the podium very soon.

Team KreedOn will continue to cheer and support Arafath Sheikh every time he enters the race track!

This was the story of Arafath Sheikh, India’s fastest kid. Want to know about another talented racer?

Well, here’s the story of Gowdham Murugan: An Engineer Who Found His True Calling in Racing?

KreedOn Network
We are a team of sports writers who research about sports in India day in day out. Please reach out to us in case of any specific requirement of digital services on contact@kreedon.com .
Previous articleSandesh Jhingan has his say on coach Stimach’s new approach
Next articleTeachers Day 2019: 5 best teachers of Indian Sports