7 most iconic cricket world cup final moments of all time 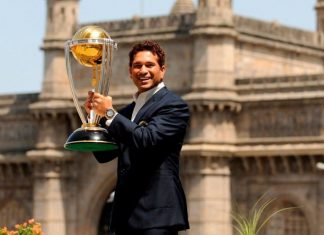 An all-cheering, all-dancing cast of cricket lovers representing all competing 10 nations are in England for ongoing ICC World Cup. 10 nations are battling against each other in the world’s most prestigious cricket tournament. The 2019 edition of the World Cup final will be played at the home of cricket, the Lord’s . But before that happens, let us take a trip back to witness some of the most iconic cricket world cup final moments of all time.

Low-scoring thrillers, big scores and compelling comebacks – the 11 editions of the World Cup have had them all. There are even some thrilling cricket world cup final, cricket fans have witnessed. Take trip down to catch some of the best ones.

In 1979, one of the supreme team of the world which had spectacular group of players won the world cup. Clive Lloyd and co lifted the World Cup trophy and proved that West Indies though is small in population but is big when it comes to cricket. West Indies established the top position in the world. Courtesy: Sir Vivian Richards.

A majestic 138 not out from Richards against England in the final is still moment to cherish for some audience. The West Indies were four down at 99, Richards came to the crease and ended up helping them to 286. With the lower order collapsing, Richards on other hand finished the innings with a bang. It proved a big target for England and sealed their second World Cup win.

India gave a meager target of 184 for Caribbean Kings. West Indies were on the course to lift third World Cup win until Viv Richards got himself out. Vivian Richards’ was already the man in form for West Indies. He completely dominated the bowlers of India but hooked one off Madan Lal, only to mistime it.

The ball pushed away towards the mid-wicket fence. Indian captain Kapil Dev, was already deployed at short mid-wicket, he ran backwards. A run of a few yards and Kapil bagged it over his shoulder. Kapil made it look simple. What followed was distrust at first and then it was mayhem. The King was back in the pavilion. Indian team left the big sigh of relief.

English fans are still waiting for their side to win the first ever World Cup win. This might not be the case if it were not for Mike Gatting’s dismissal in 1987! The world cup final of 1987 took place at Kolkata’s Eden Gardens against Australia.

England held their Ashes rivals to 253. They looked to be on course for victory. Chasing Australia’s target, Mike Gatting and Bill Athey were cruising to a win at 135-2. It was Aussie captain decided to bowl his left-arm off-spin. Facing the first delivery, Gatting opted to go for daring reverse sweep. He made contact with the ball but only managed to deflect it via his own shoulder, letting Australia wicketkeeper Greg Dyer to take it.  Gatting’s wicket proved costly, England lost their wickets consecutively and  felt seven runs short of their target.

Wasim Akram, fondly known as ‘Swing of Sultan’ was the mastermind behind Pakistan’s victory in 1992 world cup final against England. Akram was a bowler equipped with skills to beat the batsmen both in the air and off the wicket. He showed his class in this final not only with the bowl but with the bat too. Akram hit a quick 33 and gave England to chase 241 at the MCG, Australia.

In the reply, England slipped to 69-4 but thanks to Allan Lamb and Neil Fairbrother who fixed the early damage a stand of 72 for fifth wicket. However, Akram on other side put paid to any shine of hope England to conquer the trophy. The left-arm seamer dismissed Lamb and new batsman Chris Lewis in two successive deliveries. This was the most iconic moment for the Green Army. Pakistan went on to win the match by 22 runs, permitting captain Imran Khan to lift the trophy.

‘March 17, 1996’, this date will be carved on Sri Lankan cricket fans’ hearts. It was the world cup final between Australia and Sri Lanka. This was the day when Sri Lanka team led by Arjuna Ranatunga shocked not only Australia but the entire world to lift the world cup.  Coming to the big final after defeating India and England, Sri Lanka looked in formidable shape.

In the final against Australia, Sri Lankan bowlers restricted Kangaroos at 241. Aravinda de Silva, claimed three wickets in nine overs. In a return, Sri Lanka lost two wickets at just 23 runs. Cometh the hour, cometh the man, Aravinda de Silva, who impressed first with the ball stood strong in front of Aussies.  He scored the most crucial ton of his career. His knock of 107 took helped Lankan lions to win the world cup. Aravinda was awarded with Man of the Match.

Australia’s wicket-keeper batsman Adam Gilchrist wasn’t in the form of his life during the 2007 world cup. Somebody has said it right, “Big players rise on big occasions”, these words hold true for this man.

In 2007, Gilly was struggling with his grip because his bottom hand proved to be too commanding for him to avoid silly wickets. Batting coach of OZ Bob Meuleman suggested him to pleat a squash ball in left glove to keep the last few fingers away from gripping the bat. This worked, and how? His knock of 149 led Australia to complete a hat-trick of World Cups.

1
Dhoni ‘finishes off in style’, Sachin wins it

India lifted its second World Cup trophy after a 28-long wait, a historic moment itself. A blistering century from Mahela Jayawardene and quick-fire innings from Thisara Perera gave India a target of 275 at Wankhede Stadium, Mumbai in 2011 ICC world cup final. India got a shaky start with Sachin and Sehwag returning to the pavilion at low score. Gautam Gambhir’s 97 made him unsung hero of the match. But it was Mahendra Singh Dhoni who played a captain’s knock of 91 and finishing off the final by banging Nuvan  Kulasekara for a six. One more memorable moment of the final was bowing out as a champion on home turf was the fairytale finish to Sachin Tendulkar‘s World Cup career.

One more interesting thing happened during this match. Not only did India win its second World Cup but the toss was also done twice. When Sri Lanka captain Kumar Sangakkara called ‘heads’, Mahendra Singh Dhoni misheard him due to the noise at Wankhede. Assuming he won the toss, Dhoni had elected to bat. However, Sangakkara mediated and both the skippers decided to go for another toss.

Akshay Badwe
The God taught me to love everybody but the most ones I learned to love are the athletes. Desire, determination and discipline takes me to a great deal of love towards sports. One can call me an avid sport maniac because I love to pen down some glorious content on sports. Being from journalism background with experience in media from couple of years I would like to keep this legacy going and now joining Kreedon gives me one more platform to explore the new world. I am always up to have a word on sports with a coffee.

Indian Premier League 2020 is a welcome oasis of ‘cricketainment’ T20 style. And the fact that it is happening, is a miracle in itself. One can only marvel at the organisers for having got it under way in these not so normal times.
Read more
Inspiring Stories

Sports News in Development of Sports in India| PV Sindhu Effect Recently, when I interviewed a Commonwealth Games medalist, he said to me,  “After Sindhu...
Read more

Jasprit Bumrah injured, this Indian pacer to replace him…