Mohammad Ali Qamar was a prominent Indian boxer from West Bengal. He was the first Indian boxer to have won a medal in the Commonwealth Games. That was a gold medal in 2002 in Manchester. He reached the quarterfinal of the World Boxing Championship in 1999 and also lost in the quarterfinal stage of the Asian Games in 2002 in Busan. After retiring from boxing, Ali Qamar who resides in Kolkata earned coaching degrees from NIS Patiala and then enriched himself as a coach by acquiring AIBA three-star coaching degree. The Arjuna Awardee boxer was with the senior national women’s boxing team as a coach for seven years from 2016 to 2021.

Ali Qamar’s name has been very recently recommended to the Union sports ministry for the Dronacharya award.

On The Indian Women’s Boxing

Ali Qamar: On his Coaching Journey

Ali Qamar completed his coaching degree from the National Institute of Patiala (NIS) Patiala in 2012. Then he acquired a prestigious AIBA three-star degree between 2017 and 2020. Commenting on his coaching experience the 43-year-old coach described,

“When I was a player I used to follow the legendary Cuban coach Alcides Saggara Caron under whose training Cuba became a dominant force in World boxing for more than three decades from 1964 to 2005. I had toured Cuba with the national team thrice. I had an opportunity to watch his training. He retired from coaching when I became the coach. But, today the coaching in boxing has changed a lot from his traditional style of training mainly due to a change in the scoring system. While accomplishing the three-star coaching degree I had interaction with some former Olympians from Iran, Uzbekistan, and other Asian countries. That helped me a lot, in understanding the concept of today’s ‘smart training’. Besides, a couple of experienced and qualified foreign coaches like Santiago Nevada from Sweden had also come to India. Their training method also helped me to develop. Actually, while coaching I have tried to maintain a balance that is suitable for the Indian environment. For example, foreign coaches impart training after breakfast. But if you apply that theory in India, it will not be effective.” 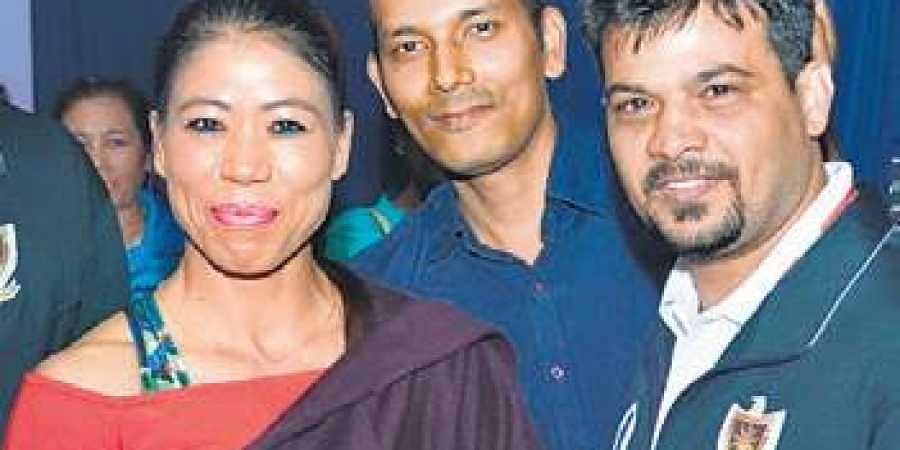 Ali Qamar clearly stated that Mary Kom has been an exception in Indian boxing. Qamar believes that maintaining such consistency with impeccable determination and hard work has been an extraordinary task Mary Kom has accomplished. But according to Qamar, women boxers like Nikhad Zarin, and Nitu Ninghas also have potential. He said,

“Even the girl boxers like Antim Panghale, Sonam Kumari who won medals in the international youth competitions recently are extremely potential. But all of them have to become consistent. Otherwise, you cannot compare any of them with Mary.

Qamar dedicated his Arjuna award to his father who expired before his son’s success. Now, if he becomes Dronacharya then Qamar said,

“I want to dedicate this award to my family and the boxing fraternity including my club where I learnt boxing under the late Aloke Kundu and Akram Hussain.”

But at the same time, Qamar sounded a little disappointed with the lack of performers from Bengal at the national level of boxing.

“I have seen several promising women and men boxers from Bengal. I have seen some of them even reach the quarterfinals in the national championships. But mainly the lack of quality Diploma coaches in Bengal has been the key obstruction to the development of the game in Bengal,” quipped Qamar.

That might be the reason Qamar has been nurturing a dream of selecting talented young boxers, both men and women, and starting a school.

“I need financial support. I need infrastructural support. Then I can introduce a school and try to help in the revival of boxing in Bengal.”

Bobby Aloysius dreams of following her Ouseph sir by starting a...