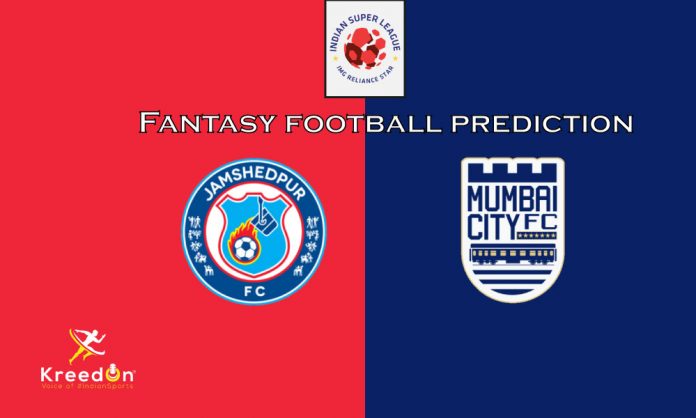 The 41st match of the Hero Indian Super League will feature 4th place Jamshedpur FC who will host 5th place Mumbai City FC at the JRD Tata Sports Complex, Jamshedpur. Only 3 points separate the two sides who are both unbeaten in 4 games.

Jamshedpur will be without their star striker Sergio Castel tonight, who is the 2nd highest goalscorer in the ISL this season. They are unbeaten at home this season and are one of the 2 teams to have that record. Jamshedpur will have to sort out their defensive issues if they want to get a 6 point advantage over Mumbai City FC.

The Islanders handed Bengaluru FC their first loss of the season in an intense 3-2 victory. Mumbai is also on an 4 game unbeaten run, but haven’t won back to back games yet. They have also never won against Jamshedpur but will be looking to turn things around tonight.

Goalkeeper: Subrata Paul has become a contender for the golden glove award this season. Currently 3rd in the list, he has kept 2 clean sheets and conceded 9 goals so far.

Defenders: Sarthak Golui and Sauvik Chakrabarti have scored a goal each for the Islanders this season. They have 13 games between them in which the duo has made 100 clearances, 44 tackles and 18 interceptions. Robin Gurung, Tiri have played a total of 16 games in which they have made 109 clearances, 43 tackles and 20 blocks.

Piti has scored 1 goal and 1 assist from a total of 13 shots and 8 crosses. Memo Moura has registered one assist and has an average of 40 passes per game. He has also made 18 tackles, 15 interceptions and 51 clearances.

Amine Chermiti has scored 4 goals for Mumbai this season while Farukh Choudhary has made 3 assists and scored 1 goal.