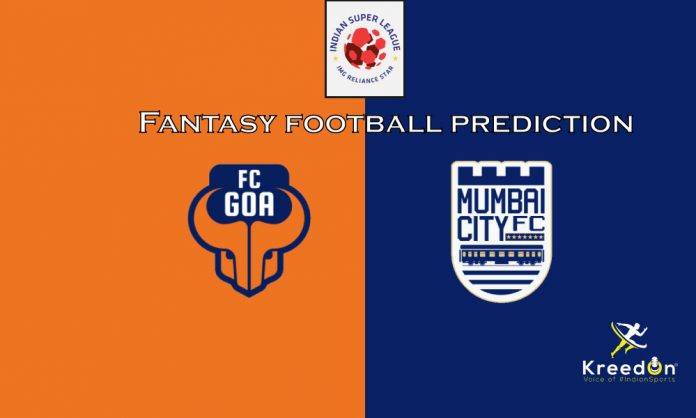 The 80th match of the Indian Super League (ISL) will see a high-voltage match as FC Goa take on Mumbai City FC at the Fatorda Stadium in Goa. The last time these sides met in early November, FC Goa won the game 4-2 at the Mumbai Football Arena in what was a highly entertaining game. Can Mumbai return the hosts the favour on Wednesday? Let’s find out…

The Islanders are on brink of sealing a spot in the semi-finals of the ISL. Here’s how;

JC: I know Goa can score from set-pieces, counter attacks. We know that Hugo is in great shape, he's scoring and doing amazing things for them. But we also know that we can do very good things.#FCGMCFC #ApunKaTeam ?

? | The duo of Hugo and Coro is getting better and better! ?

KreedOn Network
We are a team of sports writers who research about sports in India day in day out. Please reach out to us in case of any specific requirement of digital services on contact@kreedon.com .
Previous articleLalremsiami, Vivek Sagar become 1st Indians to win this prestigious award
Next articleThis sport to make its debut in Khelo India University Games 2020

Opportunity To Own a Piece of History & Glory | E-auction...

Most IPL Wickets | Full List of Top 10 Most Successful...