Manjeet Chillar Biography: From an Accidental Career to a Tougher, Better Athlete Proving his Mettle in Kabaddi

Fondly (and aptly) called One Man Army, Manjeet Chillar is a professional kabaddi player, who has time and again brought glory to his team. Whether it is the Indian National Team or his team in Pro Kabaddi League, Manjeet has emerged as one of the most valuable players in the squad. He has been a part of the gold-winning team at the 2016 Kabaddi World Cup and the two-time gold winning team at the Asian Games. The talented kabaddi player has come a long way in the last few years.

Of course, this amazing journey was not without any obstacles. So, today we discover some known and unknown facets of Manjeet Chillar’s life story.

Manjeet Chillar – The One Man Army

Haryana has a tradition of producing talented wrestlers. Manjeet was another wrestler emerging from the state. However, sometimes bad things happen to derail you from the wrong path and lead you to the right one. Manjeet injured his nose very badly and came back to his village. He started playing kabaddi with local kids and soon found his calling. Though a kabaddi star was born accidentally, he shone with his hard work, talent, and determination.

Manjeet made his professional debut at the 2010 Asian Games. And what a debut it was! He was a part of the gold medal winning team. The feat was repeated at the next edition of the games in 2014. At both the editions, the men’s kabaddi team showed class and domination. Manjeet played a key part in both the tournaments.

He won gold medals at the National Championships in 2010, 2011, and 2012. Manjeet was also a part of the 2016 Kabaddi World Cup winning team. He was the deputy captain of the team. The kabaddi champion was a part of the winning team at the 2018 Dubai Kabaddi Masters.

Chillar was not a part of the 2018 Asian Games team. The team lost to Iran in a heartbreaking match. Though Chillar was confident of the team’s capabilities, he had warned them about the strong competition by Iran.

“Among the many sides that India will face in the competition – Iran is perhaps the strongest. Iran has always given India a tough fight. Be it the World Cup final in 2016 or even during the summit clash at the Asiad in Incheon four years ago – Iran gave India a run for its money. With a few of their players featuring in the Pro Kabaddi League, they are aware of the Indian team’s strengths and weaknesses. However, this Indian team has shown in the past that we can beat them,” he told the Times of India in an interview.

The journey at Pro Kabaddi League

He raids & tackles too – is there anything that @JaipurPanthers' Manjeet can't do? Watch the One-Man Army in action, tonight on Star Sports! pic.twitter.com/gOFnkLd80G

Manjeet started his Pro Kabbadi League innings with Bengaluru Bulls. He was happy to be part of a league that gives kabaddi players a platform to showcase their skills and win recognition. Various training camps were organized before the league to train upcoming players. Plus, having foreign players helps to increase exposure.

Manjeet Chillar, known as a one man army and the best all-rounder joins the Thalaivas army for season 6 of @ProKabaddi. We are super pumped up to welcome him to our team. #VivoProKabaddiAuction 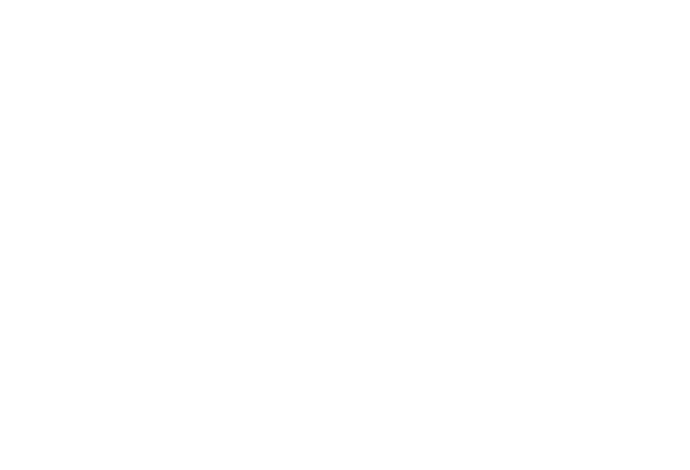 In season 2, he became the Star Sports Defender of the Tournament by winning 51 points for his team, Bengaluru Bulls. He also holds the record of being the highest scoring defender in PKL. He was declared as the most valuable player in Pro Kabaddi League season 2. Bengaluru Bulls paid a whopping 10 lakhs for him, but his performance was worth every penny for them.

Manjeet is also the only player to be featured in both, the top 10 best raiders and defenders list at the same time. In 2017, he was bought for a whopping Rs 75.5 lakhs by the Abhishek Bachchan-owned team Jaipur Pink Panthers. The price once again proved his mettle and value.

“There will be no added pressure. Irrespective of my price, I will always give my best. It wouldn’t have mattered had it been less,” he told Sportskeeda.

Currently, he is a part of the team Tamil Thalaivas, along with captain Ajay Thakur. It will be interesting to see how the two strongmen of the Indian team dominate the tournament.

Manjeet Chillar’s father, Jai Prakash, was working with the Haryana Police. Unfortunately, he passed away in 2012. His mother is a homemaker. He has three brothers, Sandeep, Ashish, and Virender Chillar.

Manjeet Chillar was awarded a cash prize of 2 crores by the Haryana Government,  along with Rakesh Kumar after the Incheon Games. Both had presented documents stating that they were residents of Haryana. As per the state government’s criteria, the person should be a resident of the state for at least 15 years. As per Manjeet’s Arjuna award form, he was a resident of Delhi. It was confirmed that both players are not domiciled residents of Haryana and declared that they have cheated the government.

“I have ordered a vigilance inquiry to conduct in-depth probe into the incident in which two Kabaddi players, one of which was an Arjuna Awardee, have claimed a Rs 2 crore award from Haryana government. But our departmental inquiry found that they were not residents of Haryana,” Haryana Sports Minister Anil Vij told PTI.

Nothing is impossible for Manjeet. In order to be eligible for the junior national team, he lost 12 kg in a month. The selection criteria stated that the weight should be 50 kg and Manjeet weighed 62 kg. With a strict diet and extensive training, Manjeet shed the excess weight and qualified.

The talented kabaddi player is talented off the field as well. Manjeet is very fashion conscious and spends a lot of time choosing his outfits! His national teammates fondly call him Fashion Freak! It isn’t surprising then, that his favorite hobby is shopping!

After his own experience as a kabaddi player, Manjeet realized that budding player need the right guidance and infrastructural facilities to develop their game. Hence, after retirement, he wants to become a coach. Starting some exclusive kabaddi training academies is also on his mind.

“I have watched Manjeet Chhillar grow over the years and perform at the national level. My focus now lies on training and giving confidence to the next-in-line players, ones who will follow Manjeet’s footsteps. As long as there is no competition in the team for a particular spot in the team, there is no fun and learning.Manjeet is undoubtedly a world-class all-rounder but I am looking to give the youngsters a chance to shine and give them the required confidence to form a formidable side ahead of the Asian Games and that is the only reason why you have not seen Manjeet featuring in any of the games played so far,” Indian national team coach Srinivas Reddy told Sportskeeda in an interview.

Manjeet is a veteran player now and is a huge inspiration to all youngsters. He is focusing on training juniors and passing on his immense knowledge. Hence, he is playing lesser matches.

In a career spanning over 8 years, Manjeet has had numerous successes. He has been a part of one of the most successful kabaddi teams in the history of our country. At every stage, Manjeet has shown dedication and superior class. This quality has helped him achieve great things. We are sure that he will continue with his stellar raids and instill fear in his opponents.

Stars like Manjeet Chillar are giving renewed hope for both fans and upcoming kabaddi fans. Young kids will be motivated to play sports other than cricket and football. With the advent of Pro Kabaddi League, kabaddi has become popular in most households. The tournament is particularly lucrative for the players as well.

With Abhishek Bachchan, the owner of the Jaipur Pink Panthers franchise

The star player in action at an event

Challenges make you tougher. If it doesn't challenge you, it is surely not making you any better! pic.twitter.com/KjIlzOyhMT

Very well said Manjeet! Life is about the constant challenges and how we emerge victorious after beating them.

Manjeet has truly had a golden run as a national team member and he is making a significant contribution in the Pro Kabaddi League. We hope his winning streak continues and he gains even more recognition. Manjeet did not let an injury define him. Instead, he found another way and the rest is history!

Mamta Thatte
A passionate foodie, a versatile writer, and now a sports enthusiast, Mamta is always open to exploring new avenues. She has a vast experience in Web Content Writing, Editing, and Social Media Management. A self-confessed coffee and dark chocolate addict, she believes in following her heart and giving her 100% into everything she does.
Previous articleFrom Ball Boy to a Champion: Golfer Chikkarangappa Ends his Two-Year Title Drought at Jeev Milkha Singh Invitational
Next articleJemimah Rodrigues Biography: The Journey of India’s Rising Hard-Hitter

He is the youngest player in Vivo Pro Kabaddi League, the first player born in the 21st century to play for PKL. One of...
Read more