Manchester United vs Arsenal – Premier League prediction 2022: The PL season is going really well so far, and this week we have some fixtures waiting for us.

Today we’ll see Arsenal travel to Old Trafford in an attempt to win three points against Manchester United. The Red Devils are currently sitting at 7th place with nine points, while the Gunners are at the top of the table with fifteen points.

In this blog you will get to know complete details about the squads of both the team, weather forecast, ground report, premier league predictions, football betting tips by experts and much more.

Let’s take a closer look at both sides.

Manchester United come into this fixture with a win against Leciester in midweek, thanks to a early first half strike by Jadon Sancho. The Red Devils are starting to gain winning momentum after a horrible start to their season. They’ll be hoping to do the same against Arsenal. 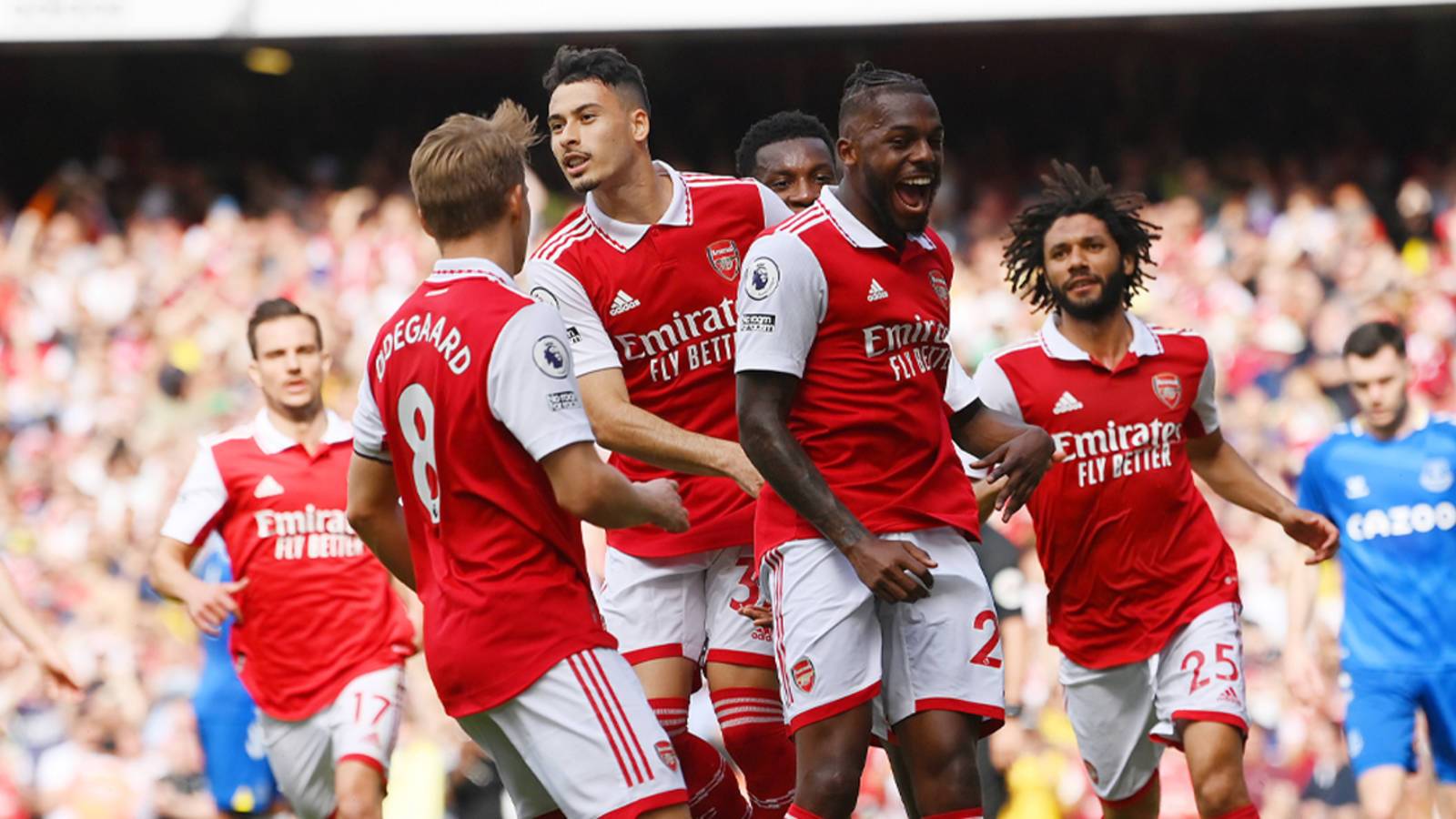 Arsenal are enduring one of the best starts in Premier League. They haven’t lost a single game yet and are in a brilliant form. The Gunners clinched a 2-1, thanks to a winner from Martinelli. Arteta’s side will now be hoping to get six wins in a row against Ten Hag’s side.

Ramsdale: De Gea can be considered, but since the beginning of the season, the goalkeeper has committed awful mistakes. Thus, we feel Ramsdale will be a good pick in this one.

Magalhaes: The center-back has started to play a crucial role in Arsenal’s backline. He must keep his defense line intact. He is one of the best defender of the season.

Varane: The former Real man will be looking to end United’s defensive woes as he has a 64% tackle rate and has won 60 aerial battles.

Martinez: The new signing would be looking to form a key defensive partnership alongside Varane. Let’s see how things will turn around for the Argentine in Prem.

Fernandez: The Portuguese has been in starting IX in every game and will be looking to become a key player this season.

Casemiro: Welcome to Prem League Casemiro! The new signing joins his former Madrid teammates. It will be interesting to see how the Brazilian midfielder performs in his debut.

Xhaka: The Swiss international will be looking to break Man United’s defense line with some crackling passes.

Sancho: The attacker has two goals and 100% pass accuracy, thus making him the obvious pick in this fixture.

Martinelli: The winger already has three goals to his name. He is looking solid in the attack and will be hoping to add his name more often on the scoresheet.

Jesus: The Brazilian attacker also has three goals and three assists to his name. He’ll be looking to lead Arsenal attack this season.

Rashford: Rashford is without a doubt the obvious pick here and will be in high spirits after the striker scored against Jurgen Klopp’s side.

There’s definitely no doubts about Arsenal’s confidence, who will be looking to continue their winning streak. Man United on the other hand, may be winning back to back games, they still can get surprised by the Gunners. Therefore, we reckon Arsenal 2-1 Manchester United.

Where to watch Manchester United vs Arsenal Premier League 2022?

In India, the Man United vs Arsenal match will be broadcast on Star Sports HD. You can also watch the match live on Disney+Hotstar.

Note: Playing fantasy sports can be addictive and might cause financial harm. KreedOn doesn’t promote it in any way. Readers must use their wise sense of judgement before playing.

Above team is designed by experts using several crucial parameters that might have an impact on the game. Play wise, Play Safe, Win Big

KreedOn Network
We are a team of sports writers who research about sports in India day in day out. Please reach out to us in case of any specific requirement of digital services on [email protected] .
Previous article
Ind vs Pak Dream11 Prediction for today’s match | Asia Cup 2022 – India vs Pakistan Match 8, Today Dream11 Team Prediction – Pitch Report, Toss Factor, Weather Forecast – Full Dream11 Team Analysis by Experts
Next article
Neeraj Chopra in Diamond League 2022 Final – Start list, When & Where to Watch | All you need to know

Which are the top 30 best gaming companies in India? The...