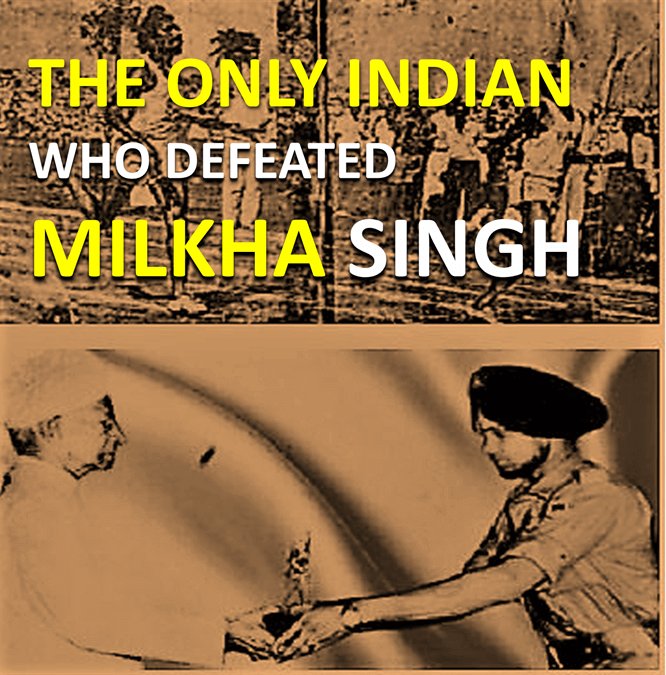 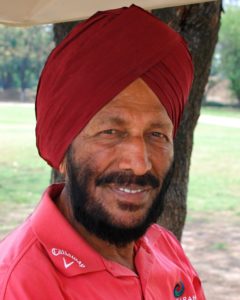 In India, some athletes become legends over time and some legends get lost in the pages of history, sometimes scummed to poverty. Such is the story of ‘Makhan Singh’ the lightning fast runner from India. Makhan was born in the village, Bathulla, which is two kms from Chabbewal town in Hoshiarpur. The Subedar Major with the Indian army was one of the greatest athletes India had produced during the 1960’s.

“If there is someone I feared on the track, it was MAKHAN. He was a superb athlete, who brought the best in me. I would rate him even higher than Pakistan’s Abdul Khaliq. We stayed and practised together for years. I don’t think we’ve seen any better competition in the 400m event in India after that.” – Milkha Singh 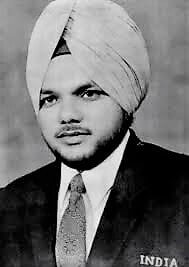 Besides beating Milkha, he was also part of the Indian men’s 4×400 metres relay and 4×100 metres relay teams in the 1964 Tokyo Olympics. He was conferred with the Arjuna Award in the same year, country’s highest award for sporting excellence, for his achievements. But the humility in Makhan never let him brag about his achievements. He used to tell his family that he would be better known after his death. Maybe, he knew he would pass away in obscurity, as he did in 2002.

He got  married to his wife Surinder Kaur in 1972. Dues to the lack of financial support from the government, he started driving truck in Nagpur to make his ends meet. Destiny struck and he met with an accident, losing his left leg to gangrene. To beat poverty, in 1995 Makhan Singh even opened a stationery shop in Chabbewal, 3 kilometres away from his village, but could not sustain cycling on one leg which he did for four years. Milkha supported Makhan in getting a kerosene oil depot to help Makhan get over the financial and emotional crisis. But he couldn’t earn enough to lead a respectable life and died in 2002 of a cardiac arrest at Chabbewal. His family lived in poverty even after his death. 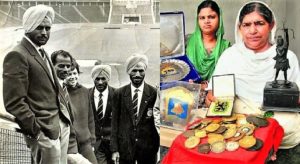 His wife once decided to put his awards on sale to run her family expenses. He had three sons, two of them, Inderpal Singh (14) and Gurwinder Singh (22), passed away due to illness and lack of proper medical support. The third works as Sewadar in Hoshiarpur BDPO’s office and earns a small salary of Rs 7000. Apart from this, the family receives an Army pension of Rs 14,000. Government made few superficial attempts to provide financial support to the family, but is this enough for the family of a veteran sports legend of the country, who brought many laurels for his nation? Or should there be a system in place which can take care of our sporting heroes and their families. It is high time we start answering these questions if we want to see India at the pinnacle of world sports.

We have many such inspirational and unsung heroes and they are waiting for your love. Another such story is of a late Volleyball legend Jimmy George who passed on a great legacy to Indian sports.

KreedOn Network
We are a team of sports writers who research about sports in India day in day out. Please reach out to us in case of any specific requirement of digital services on [email protected] .
Previous article
Leander Paes – A Phenomenon of Indian Tennis
Next article
Dhanraj Pillay – The master of Indian hockey

Here is the Complete List of National Award 2019 Nominees

5 Championships or Medal India won for the first time