Scoring runs is one of the best feelings for a batsman. And scoring and breaking records in ODI, is another great thing. Here’s the list of some of the best and first cricketers, who scored the fastest 3000 runs in ODI.

Hashim Amla is the first player to amass 3000 runs in ODI cricket, having done it in just 57 innings. Amla was an outstanding player for South Africa. His stats dropped only in his last few years of international cricket. He didn’t get much attention in ODI cricket, but he soon went on with his business and continued to score runs. In fact, in ODI cricket, the veteran South African top-order batsman was the first to reach the landmark of 2000, 3000, 4000, 5000, 6000, and 7000 runs. He was striking an average of more than 50 in ODI cricket for a long period, but with 2018 and 2019 not being his finest years, that dipped and he finished with 8113 runs at a 49.47 average.

This is a name that catches you off guard. Shai Hope has been a part of the West Indies’ 50-over lineup since 2016, and he has quickly established himself as one of the team’s most significant batsmen. He might not appear to be a showy player. Hope’s style of play is more traditional, yet he has the ability to hit home runs. He keeps racking up runs and ascending the peak. The West Indian top-order batter reached the milestone of fastest 3000 runs in ODI cricket in December 2019, taking only 67 innings to do so, making him the second-fastest in terms of innings.

Also read: Fastest to 1000 ODI Runs: The Fast & the Furious of ODI Cricket

Babar Azam is without a doubt one of the top batsmen in international cricket right now. In all three formats, he is at the core of Pakistan’s pitching rotation. Azam first made a reputation for himself in one-day international cricket, scoring three consecutive hundreds against the West Indies in 2016. Pak No. 3 batsman became more regular as his experience improved, and in June 2019, he surpassed 3000 runs in ODI cricket. He needed 68 innings to complete the task, which was the second-fastest during that period.

Viv Richards’ inclusion upon the ranking of the fastest players to reach 3000 ODI runs is unsurprising. When he was playing, the great West Indian batsman was much ahead of his time. He was one of the best, and he could rip the best bowling attacks to shreds in a matter of seconds. In his ODI career, Richards amassed 6271 runs at a fantastic strike rate of 90.20. (in that day and age). He was the fastest to achieve the 3000-run milestone, doing it in 69 innings, and the record had stood for nearly three decades when Hashim Amla shattered it. 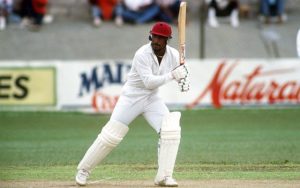 Gordon Greenidge is the fifth-fastest player to reach 3000 runs in ODI cricket, having reached the milestone in 72 innings. He was only second to Viv Richards at the time. In all formats, he was quite consistent, averaging over 44. In one-day international cricket, he scored 5134 runs at a 45.03 average. Greenidge also produced eleven hundreds and thirty-one half-centuries. He had a famous first-class career, appearing in 523 matches and scoring 37354 runs at 45.88, including 92 centuries and 183 fifties. In his 100th ODI match, he was also the first batsman in ODI history to score a century.

With the exception of the 188 he struck over the UAE in 1996, Gary Kirsten is not well-known for his ODI heroics. The opener, who was born in Cape Town, was a tough cricketer. He could fight and struggle his way to safety for his crew. In Test cricket, he has the potential to score high. Even in the 50-over innings, too, South Africa’s left-handed opening batter was excellent. He hit 6798 home homers and averaged 40.95 runs per game. Kirsten scored 3000 runs in 72 innings in ODI cricket, putting him in joint second place for a while. Kirsten played the second-longest innings in Test history, against England, scoring 275 runs in over 14 and a half hours.

Shikhar Dhawan has become an integral part of India’s ODI batting lineup for the past seven to eight years. The left-handed opener has been highly reliable, and he is a key member of India’s top three batsmen. In ODI cricket, he averages 45.14 with a strike rate of 94.01 and 5688 runs. It was Dhawan’s 72nd innings when he passed the 3000-run mark in January 2016, making him the fastest Indian to reach the achievement. He earned his 13th ODI century while playing his 100th ODI against the South African team.

Joe Root isn’t a household name when it refers to white-ball cricket, particularly the 50-over format. In the last 5 years, England has had a lot of success, and Joe Root’s steadiness has been a significant part of that. Root was the foundation in that batting lineup despite the presence of dynamic individuals surrounding him. He has struck 16 hundred and 33 half-centuries while averaging 50.10 and accumulating 5962 runs. In September 2016, the current England Test skipper passed the 3000-run barrier, completing the feat in 72 innings.

In white-ball cricket, Jonny Bairstow is among the finest hitters. He only started getting more appearances in ODI cricket for England in 2017, and he hasn’t looked back since. In ODI cricket, Bairstow has 3207 runs at an average of 47.16 and a strike rate of 103.71. He recently passed the 3000-run mark (in August 2020) and did so in his 72nd inning. He’s one of those players that enjoys honing his catching abilities. However, due to his great outfielding abilities, he is frequently found manning the boundary lines. He hasn’t yet figured out how to score big runs in Tests the way he can in short matches.

Kane Williamson is without a doubt a contemporary icon. He’s been outstanding in all three areas of the game. He has been remarkably solid in ODI cricket. He’s run 6173 times for an average of 47.48. In 50-over cricket, he has 13 hundreds and 39 half-centuries. Williamson passed the 3000-run mark in ODI cricket in 2015, and it was his 73rd innings that put him in 10th place on this list of players who have scored 3000 runs in ODI cricket.

Abhishek Mishra
Greetings, I'm Abhishek Mishra, a passionate sports writer, and football fanatic. Currently, I'm pursuing Bachelor's in Journalism and Mass Communication from GGSIPU, DELHI. I have a keen interest in sports and I aspire to become a sports journalist. I want to work in the overall development of sports and also work towards the grassroots and athlete recognition of our country.
Previous article
MCFC vs FCG Dream11 Prediction – ISL 2021 | Mumbai City FC vs FC Goa Dream11 prediction | Today’s Match Prediction
Next article
Know the Charming Achievers of Uganda Para Badminton International