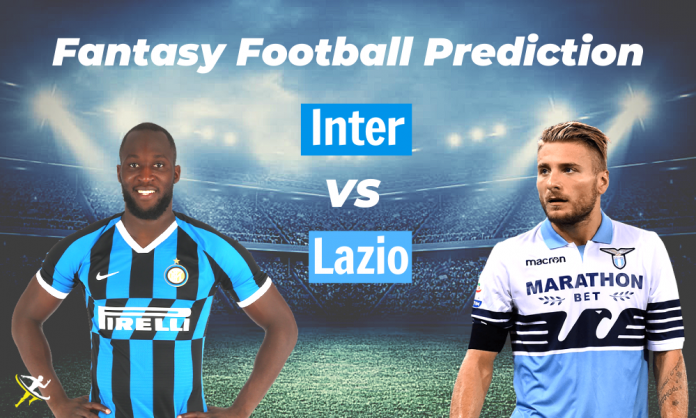 Lazio welcome Inter Milan at the Stadio Olimpico for a blockbuster contest on 16th February. Currently, Serie A has become a 3-team fight, with Juventus, Inter and Lazio fighting for the title. And with just a point gap between the three, every game from now on will be a must-win for each of them.

Let’s have a look at the two teams.

Lazio have been the “out of the syllabus” title contenders this Serie A season, sitting third just a point below joint leaders Inter and Juventus. They have played a very attractive attacking brand of football while excelling defensively as well. This has been the key for Simone Inzaghi’s side this season.

Ciro Immobile and Milinkovic have been in top form and, as a result, so have Lazio. However, Lazio have a poor head to head in recent outings against Inter. They have won just two and drew 1 in their last 6 meetings versus Inter, and this is where they will have to improve.

Inter Milan started their title ambition this season with a victory against AC Milan last Sunday. Summer additions from the PL- Lukaku, A Sanchez and Young along with recent transfer of Christian Eriksen have all strengthened the team.

Inter players were fired up after their comeback victory against AC Milan. However, that did not transcend their cup match against Napoli as they lost 1-0. Now the Nazzuri face Lazio and a victory can get them some breathing space at the top.

KreedOn Network
We are a team of sports writers who research about sports in India day in day out. Please reach out to us in case of any specific requirement of digital services on contact@kreedon.com .
Previous articleATK vs CFC Dream11 Prediction 2020 | Chennaiyin FC vs ATK
Next articleICC Women’s T20 World Cup 2020: Schedule, Live Broadcast, Squads, Ticket