KM Beenamol Biography: A Sprinter Who Made the Heads Turn at 2000 Olympics

India has never had tremendous success at the Olympics. Most athletes find it difficult to even qualify. The year 2000, was particularly disappointing. Expectations were crashed, all hope was lost, and out of nowhere came a sprinter who captured the imagination of the entire country.

She was dedicated, talented, and focused. When others failed, she managed to enter the semi-finals of the Olympics. It wasn’t an easy feat, but she gave her all. Though she couldn’t get an Olympic medal, her performance brought cheer to all. She is none other than KM Beenamol, the lithe sprinter from Kerala. 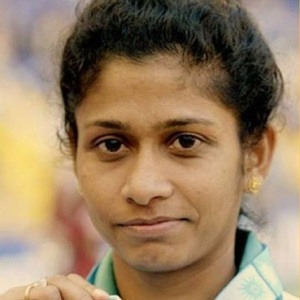 Born and brought up in a small village called Kombidinjal in Idukki district of Kerala, KM Beenamol wanted to become an athlete ever since she was a child.

Sporting talent runs in the Kalayathumkuzi Mathews family. Both children, KM Beenamol and KM Binu are renowned athletes. The parents have always supported the siblings in all their endeavours. KM Beenamol’s father is from Kollam and her mother comes from Coimbatore in Tamil Nadu, India.

The parents started coaching their kids from a very young age. Both siblings started attending classes in nearby villages as there were no facilities in their village. Lack of good roads and limited transportation options made it very difficult for them to commute regularly. They had to put in a lot of hard work since they were kids. Fortunately, their efforts bore fruit soon after.

KM Beenamol and her brother, KM Binu, hold the distinction of being the first Indian siblings to win medals at the same international competition. They achieved this feat at the 2002 Busan Asian Games. While KM Beenamol won the gold in the women’s 800m event, her brother, KM Binu, won the bronze in the men’s event. The atmosphere was truly jubilant in the family. 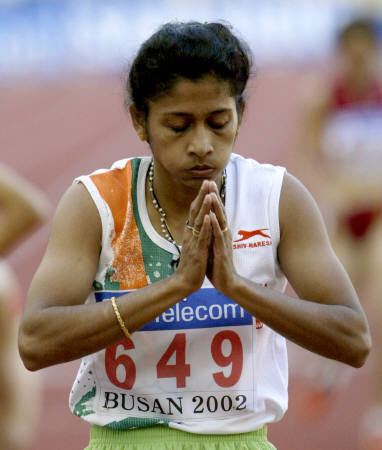 KM Beenamol won several tournaments when she was in school. Her first brush with popularity came in 1991 at the National School meet. She also made waves at the Asian Juniors in 1992.

KM Beenamol’s popularity soared after her stunning performance at the 2000 Olympics. She became the third woman to reach Olympic semi-finals. Though she couldn’t bring home a medal, she had arrived in style.

The Busan Asian Games turned out to be spectacular for her. She won not one, but two gold medals. She won the women’s 800m event and the women’s relay as well. The cherry on top was her brother, KM Binu accompanying her in the winners’ list.

The entire village celebrated their victory. Sweets were distributed and several dignitaries came to welcome the siblings.

“The telephone hasn’t stopped ringing and there is a regular stream of visitors to greet us. We are very happy with their performance and it is all due to god’s grace,” their father KM Mathew told the Times of India.

“Now it is time for the Idukki Express to whistle past the Indian athletic tracks, once dominated by the Payyoli Express [P T Usha],” a sports enthusiast told rediif.com.

KM Beenamol made her second Olympic appearance at the 2004 Athens Olympics. Here as well, she performed exceeding well. Unfortunately, she couldn’t get a podium finish and had to settle with the sixth position.

Hard work and dedication have been two very important pillars of KM Beenamol’s career. In spite of zero infrastructural facilities in her village, she managed to reach the pinnacle of success.

Travelling for hours to nearby villages and managing studies is not an easy job. Especially when the roads are terrible and transportation options are limited. She is truly an inspiration for all young girls who want to achieve something in life. Her values and discipline, though inculcated through sport, have applications in multiple fields.

#Thiruvananthapuram, #Padmasree Smt. K.M. Beenamol were the other dignitaries who participated in the Mass Run. #SAI 5/5 pic.twitter.com/DfYfc2vXLu

Mamta Thatte
A passionate foodie, a versatile writer, and now a sports enthusiast, Mamta is always open to exploring new avenues. She has a vast experience in Web Content Writing, Editing, and Social Media Management. A self-confessed coffee and dark chocolate addict, she believes in following her heart and giving her 100% into everything she does.
Previous article
Hockey World Cup 2018: India to Take up Next Against Netherlands or Canada in the Quarterfinals
Next article
ISL 2018: FC Goa Suffer a 2-0 Defeat at the Hands of Pune City FC

Sandesh Jhingan Biography: Story of Surpassing Every Obstacle To Follow His...

Gautam Gambhir Biography: The Mr. Dependable Who Led Many Victories for...