Kidambi Srikanth Eases into Second Round of the French Open 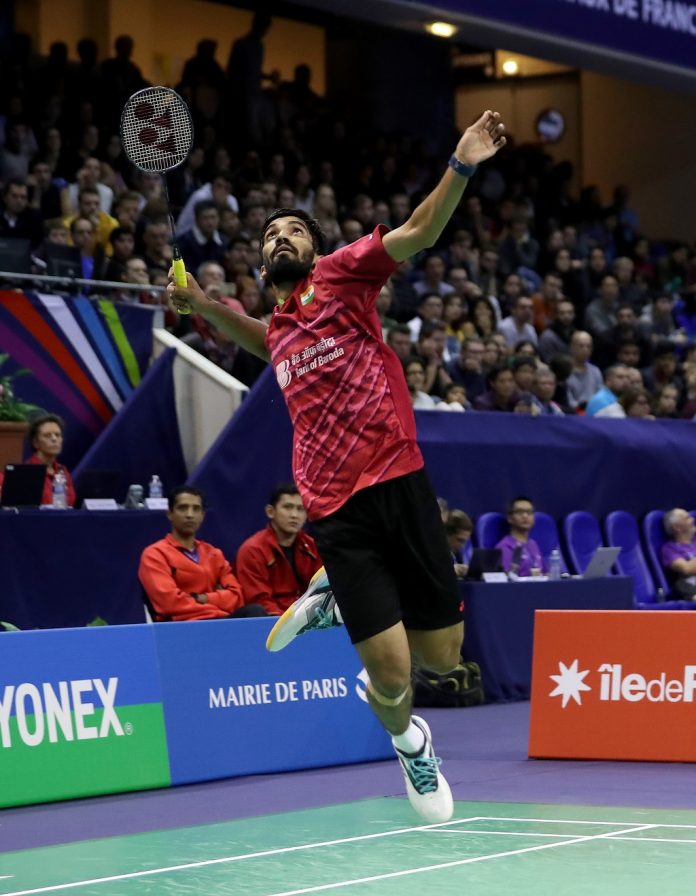 Kidambi Srikanth continued his form in 2018 with an easy 21-19, 21-13 win over Wong Wing Ki of Hong Kong of the opening round of French Open in Paris. He now progresses to the second round.

After reaching the semi-finals of the Denmark Open, Srikanth put up a solid show in the French capital. It took just 42 minutes for him to send Vincent back home. He has now bettered his head-to-head record to 7-3. When the two had met previously, he had defeated the South Asian in two straight games as well. The event then was that of the Japan Open.

Srikanth will next go against South Korea’s Lee Dong Keun in the second round.

In the first game, Srikanth and Vincent exchanged strokes and points at almost in a similar fashion. The contest thus promised to pan out as a thriller. Both the shuttlers kept the audiences on the edge as they went at each other to bring up points.

On one hand, as Srikanth tried to attack as he does on fastcourts, Vincent, on the other, relied on his defensive capabilities and sporadic attacking instincts.

Ultimately, though, it was Srikanth who came out as the winner of the first game by 21-19.

Srikanth, known to be a slow starter, probably got a big boost from his first game victory. He started the contest strongly and kept hold of it till the end.

After an 8-4 lead for him, Vincent snatched two straight points to reduce the gap to 8-6. But Srikanth won three straight points proceed into the break with an 11-6 lead.

After the break though, Srikanth did not apply the brakes. He raced towards a 16-10 lead and eventually closed the match at 21-13.

Srikanth now placed comfortably in the second round and on the way for a title defence, the focus would be on the Denmark Open silver medallist Saina Nehwal, who has been in a good form on the European tour. She will face Saena Kawakami of Japan later today, whereas Sameer Verma, a quarterfinalist at the Denmark Open will have to meet Indonesia’s Asian Games gold medalist Jonathan Christie.

Sai Praneeth will compete against Ygor Coelho of Brazil in the men’s singles.

Elsewhere, in the men’s doubles, Chirag Shetty and Satwiksairaj Rankireddy will go up against Jones Ralfy Jansen and Josche Zurwonne of Germany. Manu Attri and Sumeeth Reddy will meet the South Korean pair of Min Hyuk Kang and Kim Won Ho.

KreedOn Network
We are a team of sports writers who research about sports in India day in day out. Please reach out to us in case of any specific requirement of digital services on contact@kreedon.com .
Previous articleAsian Hockey Championship: India Held By A Goalless Draw With Malaysia; Maintains Top Spot
Next articleJhulan Goswami Biography, Husband, Height, Age, Family, Career, Bowling

All England Badminton Championship Preview: What Does it Behold for Indian Shuttlers?

“This is the Golden Era for Indian Badminton” – Kidambi Srikanth

All England Badminton Championship Preview: What Does it Behold for Indian...