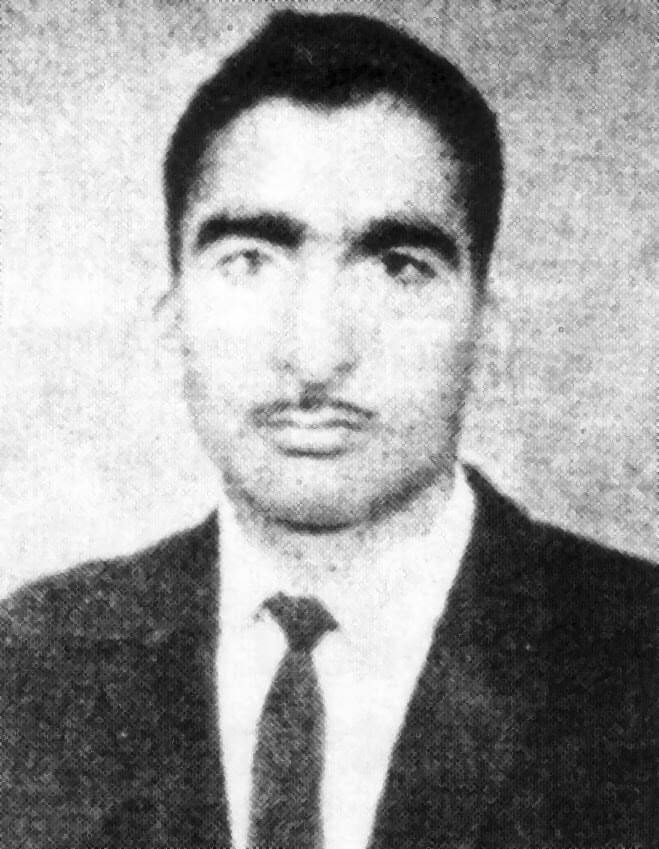 Acknowledged as “The Scoring Machine of Asia”, Khushi Ram is one of the greatest basketball players India has ever seen. Standing 6 feet 4 inches tall, he took the sport to newer heights for the Indian Basketball Team.

Born on 7th August 1936 in Kharak Bura of Jind, Haryana, Khushi Ram developed interest in basketball after he joined the Army’s unit Rajputana Rifles. With good physique and height at the age of 14, coaches believed that this young boy had a bright. Quick learning capability and high IQ helped Khushi Ram grasp the technical aspects of basketball in a short period of time. With just 2 years of training, he made his National debut with The Armed Forces Basketball team. The team dominated the Basketball National Tournaments for a decade. Khushi Ram bagged the most “Best Player” titles becoming the star player of India.

Known for his shooting ability, Khushi Ram made his debut for the Indian National Basketball team. He made his international debut in 1964 with the 4th Quardrangular tournament in Colombo.

Within a year, he became the captain of the Indian Team at the Asian Basketball Championship at Kuala Lumpur. India stood 7th, Khushi was the highest scorer of the tournament.

The Basketball Magician displayed his true skills at the 1970 invitational tournament in Philippines. He amazed everyone by scoring 196 points in 7 games including 43 points against the dominant nations in Asian Basketball. This also included the home team, Philippines.

The organizers honored him with 3 awards:


1. The most valuable player of Asia
2. The most consistent shooter in Asia
3. The best center player of the meet for his outstanding performance.

“Khushi Ram has defined how Basketball is played. We never saw a player with the kind of mental and physical toughness he has in the entire Asia. I would just say that give us Khushi Ram and we will conquer the entire world. He can rule the world of Basketball.” – former legend of Philippines Basketball Lauro Mumar.

Khushi Ram: Always a giver to the Game

After becoming the best ranked player of Asia and earning the title “The Scoring Machine of Asia”, he decided to retire in 1976. He endowed his passion for basketball to youngsters through coaching.

The Arjuna awardee coached the Rajasthan Basketball team and gave the Indian basketball team Olympians like Ajmer Singh and Hanuman Singh. Under his coaching, Shri Ram Rayons Basketball team was one the best teams in the country.

During an Interview in 2011, a journalist from Hindustan Times asked him that “Sir what keeps you glued to Basketball even in your 70’s?”. He smiled and said, “Basketball is my bread and butter, whatever I am today it’s just because of this game. I love training kids and will continue to do it till my last breath”.

Khushi Ram passed away in 2013 leaving a path paved for youngsters to follow their dreams. His legacy is carried on by his son Ram Kumar who was a former captain of the Indian Team.

In his honour, Haryana Govt. built a stadium in his village, as more than a great player and coach, he was a true philanthropist.

Even though he received many tributes for his contributions to the Indian Basketball circuit, the game could not be developed in the way he would have wanted.

To develop the game in the country our true efforts need to be focused on building a strong basketball fraternity. In addition, we need to give the required support to our emerging athletes in the field.

KreedOn Network
We are a team of sports writers who research about sports in India day in day out. Please reach out to us in case of any specific requirement of digital services on [email protected] .
Previous article
Shaktimen – A tale of Indian Powerlifting
Next article
Roll Ball – A sport with possibilities for India