Khelo India 2019: Here are the Top Women’s Tennis Players to Look Out For

The highly anticipated 2019 Khelo India Games is round the corner, with talented young athletes across India all set to compete against each other in various sporting event.

One such sporting event that everyone’s eye sights would be fixated on is Tennis. Off late, Indian tennis players, especially women players, have displayed great promise. The ones toplining this list are Karman Kaur Thandi, Pranjala Yadlapalli, Zeel Desai and two-time National Women’s Champion Mahak Jain. These players are scheduled to compete in Women’s under-21 section of the Khelo India Youth Games 2019 at Pune from January 9-20.

Let’s have a look at some of the achievements of these leading tennis players: 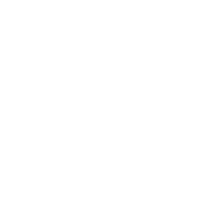 Delhi born Karman Kaur Thandi started playing tennis when she was 8 years of age. She has achieved career-high Women Tennis Association’s singles rankings of 196 and doubles rankings of 293. Her career singles Win/Loss record is 116/67. She is the 5th Indian woman tennis player to be in the top-200 WTA rankings charts, after the likes of Nirupama Sanjeev, Shikha Uberoi, Sania Mirza and Ankita Raina.

Karman Kaur Thandi has won 3 ITF doubles titles and 1 ITF singles title. She has also achieved the doubles titles in 2017 in Heraklion and two titles in 2015 in Gulbarga. On the Junior tour, she had a career-high rank of 32 in January 2016. The 20-year-old has also been to the semifinals in a couple of other tournaments in China. She has represented India in the Fed Cup in 2017 and 2018. Recently, she won the singles as well as the doubles title at the Pune Open with Ankita Raina.

Thandi draws inspiration from Maria Sharapova. She is backed by Mahesh Bhupathi and Virat Kohli Foundation.

Zeel started playing tennis when she was 6 years of age. Her family supported her to join a regular tennis coaching class. By the time she was 10-years-old, she was winning tournaments in her age-group and the trophy cabinet at her home started was soon overloaded. She won the U-14, U16, and U18 national championships. Hong Kong semifinals win is her proudest win so far since she went 2-5 down in the third and final set and still managed to not only make a come back but also win it.

Zeel considers that her height (5 feet 11 inches) is her most important advantage. As of now, she has achieved 12 Junior ITF titles, most by an Indian. She has broken the record of Sania Mirza (10 Junior ITF titles). She also reached Australian open Quarterfinals in Junior category. Zeel Desai is India’s most promising tennis prospect. She is built to play tennis. She slithers smartly to the ball and connects the ball cleverly on both her forehand and backhand.

Mahak is a two-time National Women’s Champion. Her current rank in tennis is 679. Highest rank she achieved is 623.

She has won the U-14 Wimbledon Masters & ITF Grade-2 title in Japan. Mahak believes that dedication and hard work matters most and can boost up the player to greater heights.

?#Athletics & #Swimming players of #Haryana before they leave for the games.?‍♂️??‍♀️

Some other tennis players who are selected for Khelo India are the National Junior Champion Humera Shaik, Shivani Amineni, Srivalli Rashmika Bhamidipaty, Vaidehi Chaudhari, Kaavya Sawhney, and Salsa Aher are some of the other tennis players that are figured in the list made by the All India Tennis Association (AITA).

Akanksha Bhan, Ramya Natarajan, Smriti Bhasin, and Yubrani Banerjee have been kept in the reserve list.

In the girls’ section, it will be Bhakti Shah, Gargi Pawar, Rutuja Chaphalkar, Sharannya Gaware, Sudipta Senthil Kumar and Vipasha Mehra. Even if some other players may be eligible, but the rules insist on participation in only one age group for each player.

The event will have a draw of 16 for singles and 8 for doubles. Besides the six players nominated by the AITA on the basis of the players’ performances and their ranking, CBSE will nominate one, the School Games Federation of India will nominate six, the Games organizers will have two wild cards and the host State will also have one nomination.

For updates on Khelo India, stay tuned to KreedOn, the Voice of Indian Sports

Sharad Chitalkar
An E & TC Engineer by degree from PCCOE Pune, a Writer by choice and a Generalist beyond archetype. Curious, Lyrical, Musical, Reflective and Sportive. Likes reading, writing, playing chess, watching sports channels and listening to music. Keen to be always aware of world current affairs. Inspired by contribution spirit and guided by knowledge. Happy and Grateful to be part of sportive KreedOn team where everyone is united and committed to improving Indian Sports Ecosystem.
Previous articleFans on Twitter Beats the Drum Around Chhetri as he Overtakes Messi’s International Goal Tally
Next articlePBL 4: Awadhe Warriors Beats Chennai Smashers; Secures 2nd Position