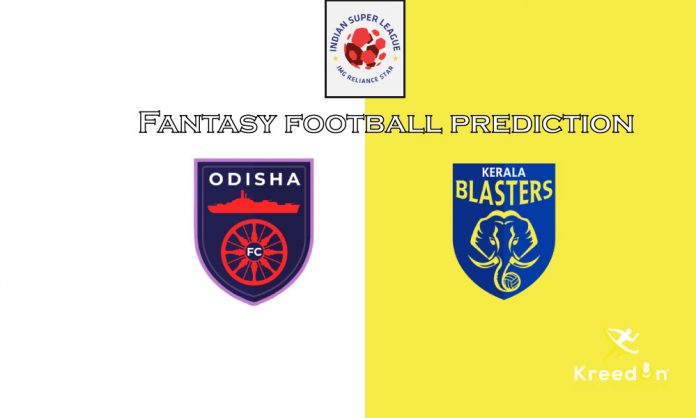 The 89th match of the Indian Super League features Odisha FC who will be hosting Kerala Blasters at the Kalinga Stadium in Odisha. These sides played out a 0-0 draw the last time they faced off in Kochi. Odisha still has a slim chance of making it for the playoffs while the Blasters have sealed the 7th spot and can finish the season with 21 points in total.

Kerala Blasters defeated Bengaluru for the very first time in their history by a 2-1 margin. Ogbeche scored a 43rd-minute goal and then scored a 72nd-minute penalty which was the winning goal after Deshorn Brown had equalized. It’s the last game of what has been a disappointing season for the Blasters.

Odisha have a very slim chance of still qualifying with the odds not in their favour. A draw between Chennaiyin and Mumbai and then a final loss for Chennaiyin would shift the favours slightly towards Odisha. They will have to score at least 3 or more goals and conceded none to qualiy. It is still highly unlikely given the form Chennaiyin is in.

Arshdeep has featured in 9 games this season in which he has conceded 14 goals and has kept 1 clean sheet. The 22 year old will be our keeper for the dream11 team since he has performed better than any of the keepers from the opposing team.

KreedOn Network
We are a team of sports writers who research about sports in India day in day out. Please reach out to us in case of any specific requirement of digital services on contact@kreedon.com .
Previous articleKhelo India University Games 2020 Opening ceremony: All you need to know
Next articleKhelo India University Games 2020 Day 1 Update: Swimmers, Fencers shine

Highest team score in IPL History – List of most runs in...