Jitu Rai Biography: ‘When I perform poorly I feel I’ve nothing left to live for’

“At times, when I perform poorly, I feel there’s nothing left to live for. Then I motivate myself and train twice as hard”, a very humble and grounded Jitu Rai told ESPN once in an interview.

As a child, all he knew was forests and paddy fields. Even after joining the Indian Army, Jitu was never really interested in shooting. It was only because of his coach and seniors that he took it seriously. Once he started shooting, he himself did not realise when it became his life. Perhaps, that is how destiny works. You don’t even realise your calling and you already start treading on that path. Then one day you realize that this is all I really wanted!

Once he decided to give his all to shooting, Jitu didn’t let anything stop him. He worked hard to develop his technique and make all Indians proud. That is exactly what a dream does to you. It never lets you stop. It ignites a fire that only success can subdue.

Today, we glimpse into the life of this extraordinary shooter, Jitu Rai. Though his life has indeed been a roller coaster ride, his spirit has always been unwavering. 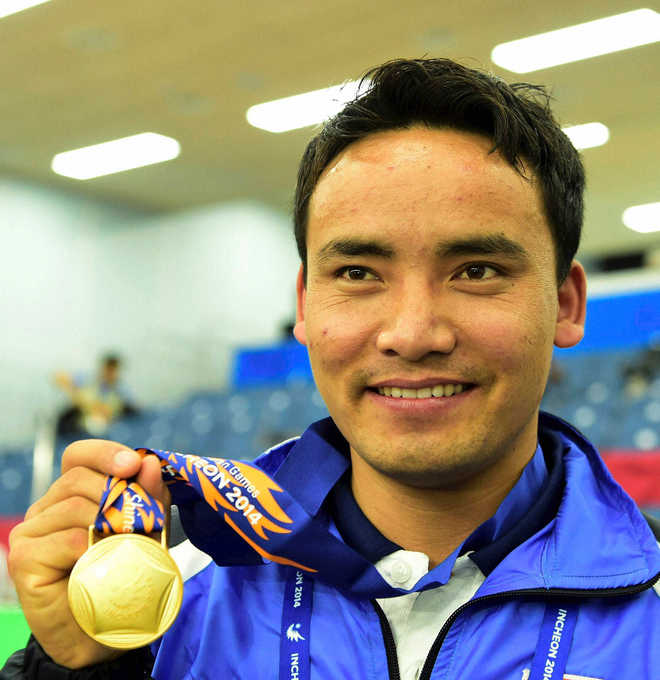 Born and brought up in a small village in the Sankhuwasabha district of Nepal, Jitu is the fourth among five siblings. Jitu spent his childhood in Nepal. Since his village was surrounded by a forest, there weren’t any sporting facilities. Jitu joined the Indian Army after losing his father in 2007. Coming from a middle-class family, loss of his father ignited a passion to do something and take responsibility and support his family.

He became a naturalized citizen of Indian and a part of the Army in 2007. From here on, his life took a completely different turn.

In October 2018, Jitu started another exciting phase of his life. He married kickboxer Sushmita Rai in a private ceremony in Sikkim. Sushmita has won medals at many prestigious international kickboxing tournaments. Some of them include a silver medal at the WAKO Asian Kickboxing Championship and a bronze medal at the World Martial Arts Masterships. 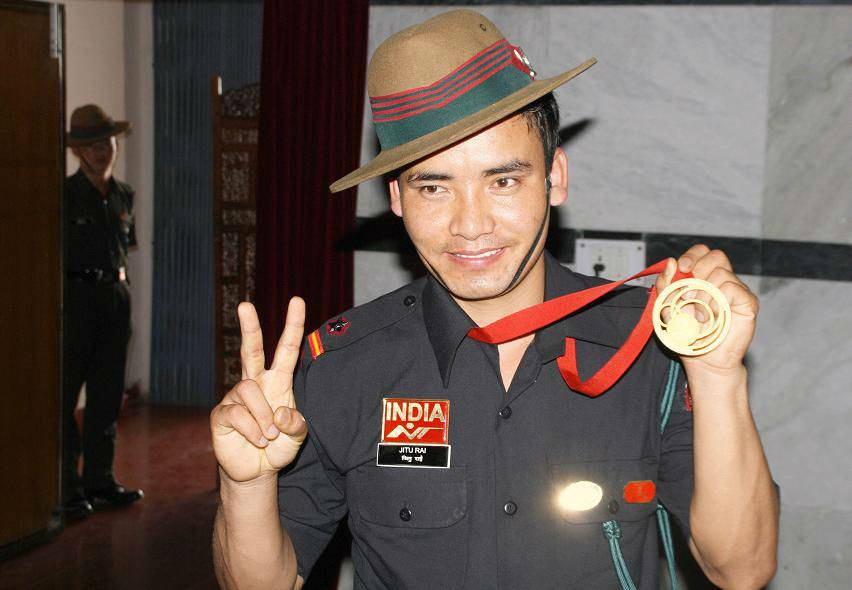 Joining the Indian Army was the turning point of Jitu’s career. However, pursuing shooting was never a part of the plan. It was his army coach, GR Garbaraj Rai, who shaped his career as a shooter. The coach pushed Jitu to perform better once he picked up a pistol.

The first gun he ever used was a 9 mm pistol. It was in 2009, two years after he had joined the Army. Unfortunately, Jitu was not selected in the Marksmanship Unit of the Indian Army and sent back to the Lucknow unit. This incident completely changed Jitu’s life. Dejected, but not depressed, he decided to work hard. Day and night he practised shooting and finally won a free pistol quota for 10 m in 2014.

“Yes, no doubt there’s pressure at times. But my preparation hasn’t suffered. Having played and won in a number of international tournaments it feels more like a habit. But I think I’m on the right path and my goal is to win a medal,” Jitu told ESPN.

Jitu has always taken pressure positively. This ability has helped him deliver at international tournaments. 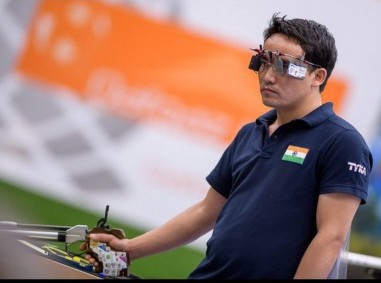 Jitu’s hard work and dedication bore fruit as he made a stunning start to his shooting career. At the 2014 Asian Games, he won the gold in the 50m pistol event. The Incheon games victory catapulted his career and gave him the confidence to chase his newfound dream.

The very year, he won the gold medal at the Commonwealth Games by scoring a stunning 194.1 points. The victory was all the more special as he scripted history during the qualifications with 562 points.

Winning the silver medal at the World Championships in Baku, Azerbaijan, landed him a Rio Olympics spot. It was the first opportunity to book an Olympic berth and Jitu grabbed it with both hands.

Jitu was touted to come back with a medal at the Rio Olympics. He was in peak form and working hard.

“Jitu has the potential of winning a medal in Rio and if he has to peak at the Olympics, he cannot afford to be affected by poor results in the months leading up to it. It’s about peaking just at the right time. Pressure is always a given and that’s what athletes are trained to deal with. There’s no margin for error”, the celebrated pistol shooter Jaspal Rana had said in an interview to ESPN.

Jitu entered the finals of the 10 m air pistol event but failed to win a podium finish. As a result, a much-anticipated journey ended in a heartbreak.

The year 2018 started with a bang for Jitu. At the Gold Coast Commonwealth Games, he won the gold medal in the men’s 10 m air pistol event. However, he couldn’t qualify for the Asian Games.

Missing out on the Asian Games qualifications was a big blow for Jitu. Unfortunately, he was also recently dropped out of the government’s TOP (Target Olympic Podium) Scheme. Though disappointed, Jitu is undeterred. He is positive about a comeback and working hard.

“I will now focus on my training and my target is to earn a berth for the 2020 Tokyo Olympics. The Union government’s TOP Scheme certainly gives financial impetus to an athlete which in turn helps in improving the scores as the equipment and ammunition are expensive. The Indian army has been backing me since my initial years, which is why I have been able to achieve so much,” Jitu told ANI in a telephonic interview.

The journey has been filled with several extreme ups and downs for Jitu. From being rejected by the Army to bouncing back, breaking Olympics qualification records to ending up last, and CWG gold in 2018 to disqualification at the Asian Games 2018. Perhaps, this is exactly why we know that Jitu still has a lot of potential. Everything life tried to pull him down, he has bounced back.

Keeping a positive spirit and not letting your determination waver in adversity is easier said than done. However, Jitu is no ordinary mortal. He is giving is all to qualify for the Tokyo Olympics. We can’t wait to see him add the much coveted Olympic medal to his tally and fulfil a life-long dream.

Jitu Rai wins gold medal in men’s 10m air pistol event at Gold Coast 2018 Commonwealth Games Rai is a 2014 Asian Games gold medalist as well as two-time ISSF World Cup medalist. In 2014, at the age of 26, the Nepal-born Jitu competed in his first CWG and clinched gold on debut in the men’s 50m pistol event. He started by creating a CWG record in the qualification round of the 50m pistol event with 562 points and went on to win gold, scoring 194.1 points in the final, which was another record. That was Jitu’s best year as an international shooter. Along with that CWG gold, he won a silver medal in the 10m air pistol event at the ISSF World Cup in Munich, then became the first Indian shooter to win two medals at a single world cup in Maribor – a gold in the 10m air pistol and a silver in the 50m pistol – and later won the 50m pistol gold medal and bronze in the men's 10m air pistol team event at the Asian Games. To read more articles, click on the link in the bio… @peaklife_magazine #India #gold #medal #proudmoment #indian #Goldcoast #Commonwealth #2018 #Basseterre #SaintKitts #australia #queensland #goldcoastlife #sunshinecoast #broadbeach #commonwealthgames #commonwealthgames2018 #tournaments

At the Commonwealth Games 2018, @JituRai once again demonstrated his prowess in shooting and made a mark. Congratulations to him for bagging the Gold in Men's 10m Air Pistol event. pic.twitter.com/Wa20xIQ7hU

Mamta Thatte
A passionate foodie, a versatile writer, and now a sports enthusiast, Mamta is always open to exploring new avenues. She has a vast experience in Web Content Writing, Editing, and Social Media Management. A self-confessed coffee and dark chocolate addict, she believes in following her heart and giving her 100% into everything she does.
Previous article
How Technology Will Fundamentally Transform the Sports Experience in Future
Next article
17 Best Pro-Tips to Build an Effective Sports E-Commerce Website

Aditi Chauhan Biography: A Woman Footballer Living Her Dream and How...

New Milestones for Manu Bhaker and Saurabh Chaudhary at the Asian...