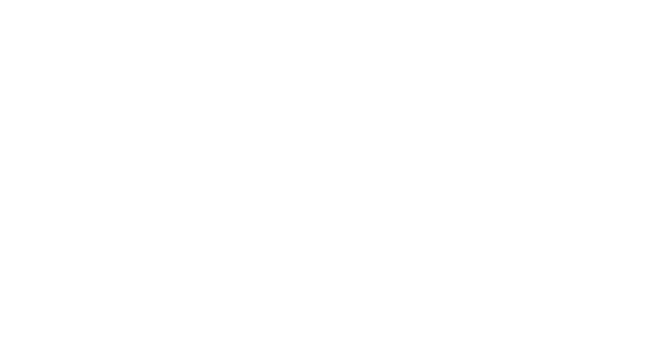 Jemimah Rodrigues is an Indian batswoman who hails from the city of dreams- Mumbai. Rodrigues first got attention as a teenager in late 2017. The 16-year-old had just scored a double hundred in the Women’s U-19 50 over cricket.

Fast-forward two and a half years down the lane, Rodrigues has cemented her place in the Indian Women’s Cricket Team. Today Rodrigues represents not only the modern explosive brand of power-hitting but is also among the young Indian side taking on the world.

Jemimah Rodrigues was born in Mumbai’s Bhandup region. She showed sporting brilliance and potential right from the start. In fact, according to many who know her closely, believe she is a born athlete. More than studying, one would find her playing either cricket or hockey.

She has even represented Mumbai’s U19 Hockey team at Nationals. Jemimah would play as a centre-forward due to her lightning pace and incredible dribbling abilities. Her abilities even caught the attention of the Indian Field Hockey coach, Joaquim Carvalho, who termed Rodrigues as ‘gifted’. Besides cricket and hockey, she also has sports like basketball and football on her portfolio.

Shift From Stick to the Bat

Well, according to Jemimah, it was by chance as there were more cricketing events to play than hockey (which is unsurprising, considering the cricketing culture that the city has). Nevertheless, even after breaking into the country’s national setup, she still aspires to one day represent India in hockey as well.

When it comes to Jemimah Rodrigues, the time seems to run twice as fast. Her blistering form for the school earned Jemimah a place in Mumbai U-19’s team. She was just 13 at that time. That was a big step for the youngster, and then there was no looking back. Over the next few years, she went on to become an integral part of the team.

Soon, Jemimah was the captain of Mumbai’s U-19 side and has also featured for Mumbai’s U-23 and senior side as well as India’s U19 team. Although she has played consistently well for the Mumbai U-19, her last two seasons have been notable, as she was the top-scorer in both of them.

In the 2016-17 season, she scored 665 runs over ten innings. In the following season, she bettered her performance by scoring 1,013 runs, which included five centuries and a double-ton. And soon famed Blue Jersey came calling.

Her smashing double ton, which also made her the only second Indian woman to hit the elated mark, (after Smriti Mandhana) earned Rodrigues a call-up in India A side. She glittered for the team against Bangladesh, which was followed by an appearance in the Challenger’s cup. She finished the series as the third-highest scorer.

As a result, the last frontier – the International Indian squad followed. Jemimah made her International debut against South Africa in a T20 competition. She scored a crucial 37 runs and partnered with Mithali Raj, her idol, to see India chase out the total with ease.

In the fifth and final match of the tour of South Africa at Cape Town, Rodrigues scored 44 in 34 balls. Her innings included three fours and two maximums as Indian women reached 166.

On the 26th of March 2018, Jemimah scored her first T20I half-century against Australia in Mumbai. Then against Sri Lanka, she scripted history to become the first Indian woman to hit three consecutive sixes. She hit 36 runs off 15 balls in that match.

Her consistent performances led to her call up in the 2018 World T20 Championships as an 18-year-old. Post T20 WC, Jemimah recorded her highest individual T20I score of 72 against New Zealand in Auckland.

After her domestic exploits, Jemimah received her first Indian call up for the Australia tour of India in March 2018. She received her first ODI cap from Harmanpreet Kaur in Vadodara. However, Rodrigues faced a hard task, as she scored just 1 in 8 balls before being caught off Wellington.

However, in the next game, Jemimah replied with a solid 42 at Vadodara. On the 24th of January 2019, Jemimah scored her first half-century, in an unbeaten inning of 81, against Australia. Jemimah has scored two more half-centuries- 55 versus South Africa and 69 against West Indies women. Both came in a month.

Jemimah Rodrigues made her World T20 Championship debut at the age of 18. In her first match, Jemimah scored 59 against NZ women. In the run to the finals, Jemimah scored 93 runs. However, she was unable to emulate her performances in the finals, as India fell to Australia.

Jemimah is also a part of the ongoing T20 World Championships in Australia. The Mumbaikar scored 26 in 33 balls and pushed India to 132 in the repeat of the 2018 finals. However, the Indian women had their revenge as they bowled out Australia for 115.

In the second match against Bangladesh, Jemimah came at 1-16 after the departure of wicket-keeper Taniya Bhatiya. Jemimah then stabled the order, as Shefali Verma and captain Harmanpreet Kaur. She pushed India towards the 100 mark before being run-out due to confusion with Veda Krishnamurthy.

Jemimah Rodrigues is known for playing the most aggressive brand of cricket. While she can hit blazing boundaries, Jemimah is also known for her capability of building a partnership. As a result of these qualities, she can play anywhere among the batting order. Jemimah can also prove to be a valuable asset when it comes to spin bowling.

Jemimah Rodrigues was born in the Bhandup area in Mumbai on the 5th of September 2000. Jemimah has two elder brothers- Enoch and Eli. Her father Ivan Rodrigues moved their family to Bandra to ensure they had access to better sporting facilities.

Ivan admitted Jemimah into the same school in which he used to coach at. He has been coaching her since the very beginning. Jemimah lovingly calls her father as ‘Dadda’.

Ivan played club cricket once upon a time. However, on the pitch, he used to treat his daughter like a student. “When it’s cricket, I am just their coach, not a father. I am very strict at that, and they also know it. When she was small, she got hammering also, especially when her feet were not moving,” he said.

She still remembers that her dad could have left school coaching for financial opportunities once his daughter graduated. However, he stuck by when he saw the young girls who had the potential to play for India but needed someone to help them realise it.

Today, a proud and grateful Jemimah hails her parents’ contribution, who are also her biggest inspiration. Lavita, Jemimah’s mother, is a nutritionist and a sports lover. She takes care of all of Jemimah’s nutrition and dietary requirements.

Lavita was also influential when an 18-year-old Jemimah received her first India call up. She forced Jemimah’s father to fly to South Africa and support her daughter, while she handled double responsibilities in Mumbai.

Entertainment for our road trip to Guildford pic.twitter.com/pN2NjDHBIV

Manan Dharamshi
I usually describe myself with three 'F's, i.e, Food, Football and Films. Born and Brought up in Bangalore since the mid-1990s, I have always had a huge interest in playing football, cricket and watching other sports. People who know me always tell I bleed football. Sports, and Football, in particular, has helped me through hard times and helped me to shape my view on the world. And that is one of the reasons why I want to serve as a Sports Journalist.
Previous articleManjeet Chillar Biography: From an Accidental Career to a Tougher, Better Athlete Proving his Mettle in Kabaddi
Next articleAsian Shooting Championship: Indian Shooters Give a Thrilling Performance as Divyansh bags Silver, Elavenil Clinches a Bronze

Women’s World T20: India Knocked out by England in the Semi-Finals