Jaydev Unadkat is a left-arm pacer who represents Saurashtra in the domestic circuit and has been a part of many IPL franchises. He also has represented India in all three formats. He can swing the ball in both directions and his height gives him the advantage of extra bounce. His ability to take early wickets has allowed him to be a part of some successful IPL franchises. 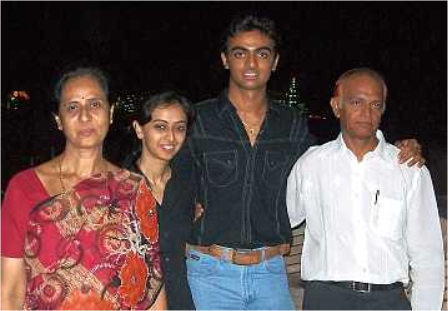 Jaydev Unadkat, born in Porbandar, was first spotted by his school coach Ram Odedra. From there on his career took off, and he played for India in the 2010 U-19 World Cup before being selected by Kolkata Knight Riders in the IPL.

He made his debut for Saurashtra in Ranji Trophy in 2010 and is still playing for his domestic team. In 2019 he became the second player from Saurashtra to pick up 200 wickets in Ranji Trophy. Among other achievements, his 67 wickets in the 2019-2020 Ranji Trophy were his career’s highlight. He was the leading wicket-taker that season.

He got his maiden international call up in a tour to South Africa after his stunning performance against Mumbai in an Irani Trophy game in which he picked up 4 wickets for 41 runs in an innings. Jaydev got an opportunity to play ODI in 2013 against West Indies. He made his T20 debut in 2016 vs Zimbabwe but got a few chances in the T20 squad based on his performances in the IPL. He played his last T20 in 2018.

Jaydev Unadkat IPL through the years

Unadkat never got a long rope to play for one franchise for a longer period where he could showcase his talent, except for his current team Rajasthan Royals. He has been a part of many IPL franchises over the years, he was picked by Kolkata Knight Riders, then he moved to Royal Challengers Banglore for a season, then to Delhi Daredevils, back to Kolkata Knight Riders, he moved to Rising Pune Supergiants where he almost won them the title in 2017. After his brilliance in 2017, Unadtkat was bagged by Rajasthan Royals for a massive sum of 11.5 crores.

He still plays for the Royals, but his spot has not been permanent. After a not-so-great performance in 2018, RR released him and bought him again in the next auction for a lower price. This cycle repeated in 2019 and 2020, but this time for an even lower price.

Rising Pune Supergiants had a terrible season in 2016, a season they would never want to remember. In their redemption process, they bought Jaydev Unadkat in 2017. And that was probably all they needed. It was he who got them to the finals. His stats were outstanding that season. He bowled at an economy of just over 7 and picked up 24 wickets in 12 matches, including a five-fer.

Rising Pune Supergiants was no longer a part of IPL in 2018, and the returning team, Rajasthan Royals purchased him for big bags of money, hoping he would display a similar performance for them. Unfortunately, he could not continue that and only picked up 11 wickets in his 15 matches in 2018.

Jaydev Unadkat’s Bowling style is right arm medium fast. He bowls at an average speed of 130 to 135 km/hr.

I found you. I found love. In you, I found the yorker to my slower-one! To another year filled with heart-warming moments & soul-searching conversations..
Happy Birthday, my love! ❤️ pic.twitter.com/kXJ99Krrwm

To the warrior that never bows down, to the champion who keeps creating history, to the friend that always stands by the side, Happy Birthday @cheteshwar1 💝 pic.twitter.com/uRGuLCwMGb

Tb to 2013.. All of us knew the guy on my left (with a soda can!) was gonna be one of the greatest all-rounders ever.. but no one knew the guy on my right will have the best bowling strike-rate in the team (yes, the ranji champions team!) 🤷🏻‍♂️ What say guys? @cheteshwar1 @imjadeja pic.twitter.com/UQHFMBtYk4

Harsha
Previous articleWhat Is Judo Game? Judo Meaning & Everything About The Sport
Next article24 Amazing Paralympics Facts That Will Blow Your Mind

All you need to know about Basketball Flooring | Types |...

Most Centuries in T20: Top 10 Players with most centuries in...