In its short history, the Indian Super League has seen some legendary goal-scorers like Iain Hume, Robbie Keane, Diego Forlan, Tim Cahill and many more take the field. And unsurprisingly, Sunil Chhetri is the same goal-scoring beast in ISL as he is in international football. Here’s the complete list of top 10 ISL top scorers of all time:

The Uruguayan forward made his ISL debut with NorthEast United in 2016. Emiliano scored 5 goals in 13 games for the club as they narrowly missed out on the top-four finish.

Alfaro moved to FC Pune City for the next season and scored 9 goals in 19 games, helping the club to reach semi-finals for the very first time. The Uruguayan continued with Pune for the next season where he scored just one goal in six games. After scoring 15 ISL goals in 38 games, Emiliano is currently back for his childhood club Liverpool in Uruguay.

The Columbian international was a part of the Chennaiyin team for the first two seasons and scored 17 goals in just 25 games. Mendoza scored 4 goals in the inaugural season as Chennai made it to the semi-finals.

But in the 2015 season, the striker was simply unstoppable. He scored 13 goals in just 16 games, helped Chennaiyin FC win the title and also took home the Golden Boot. 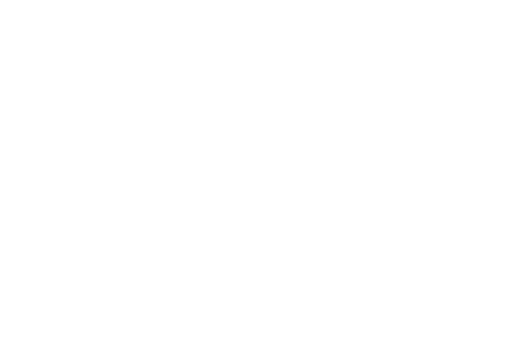 Just like Miku, Manuel Lanzarote made his ISL debut in 2017-18 and has already made it to the top 10 all-time top scorers. The product of the famed La Masia academy had an impressive resume even before landing in India. Lanzarote has played for Barcelona’s B team, Espanyol and many more Spanish clubs.

In his debut season, Lanzarote teed up with his fellow Spaniard Coro at FC Goa, and the duo destroyed every ISL defence that stood in their way.  While Coro top-scored with 18 goals, Lanzarote wasn’t far behind with 13 in just 19 games.

Kalu Uche has represented Nigeria in the 2010 World Cup and even has two World Cup goals to his name. And the forward has played for three different clubs in ISL, Pune, Delhi and ATK.

Uche made his ISL debut with FC Pune City in 2015 where he scored 4 goals in 11 appearances. After spending a year in Spain after that, Uche returned to India, this time with Delhi for the 2017-18 season. He managed to score 13 goals in just 15 games.

The Nigerian moved to Kolkata for 2018-19 but failed to find his goal-scoring boots with just a goal in 11 appearances.

The Venezuelan international made his Indian Super League debut in 2017-18 with the newly added Bengaluru FC. And in his very first season, Miku set the stage on fire with 15 goals in 20 games. He ended  as the second top scorer of the season just three behind FC Goa’s Coro. Miku, along with Chhetri, led Bengaluru to the final but failed to get their hands on the trophy in the debut season for the Blues.

But the duo crossed the finish line at the second time of asking in 2018-19. This time around, Miku played the second fiddle to Chhetri. Former Valencia striker scored 5 goals in 12 games, including a crucial opener in the second leg of the semi-final.

Miku has parted ways with ISL for now but is 6th in the list with 20 goals in just 32 games.

With 23 goals in 69 games, Jeje Lalpekhlua is the second Indian in the list of all-time top scorer in ISL. The star forward has been an integral part of two-time champions Chennaiyin FC since the inaugural season.

Jeje started with 4 goals in the first season as Chennai made it to the semi-finals. He was the top Indian goal scorer of the inaugural season. In the next season, the Indian played a great second fiddle to Stiven Mendoza, helping Chennai lift the silverware. Jeje scored 6 goals in the second season, just one less than Chhetri.

The winger’s disappointing third season also reflected on Chennai’s performance. Jeje scored just three goals as the Southern club failed to qualify for the semi-finals. But both Jeje and Chennai made up for it in the fourth season. He scored 9 goals in 2017-18 and helped Chennai win the second title.

Last season, Jeje could find the back of the net just once in 16 games which led to Chennai finishing with a wooden spoon. The star forward is currently injured and is yet to start a game in season six.

The Brazilian winger made his ISL debut in 2016 with Delhi Dynamos and has been unbelievably consistent in front of the goal ever since. In his very first season, Marcelinho scored 10 goals and won the Golden Boot award. His contribution helped Delhi to reach semi-finals where the capital-city club lost on penalties against Kerala.

Marcelinho joined FC Pune City for the next season where he scored 8 goals. The Brazilian, along with Uruguayan Emiliano Alfaro, led Pune to the first-ever semi-final appearance. Marcelinho continued to perform for Pune with six goals in the fifth ISL season.

After the disbandment of FC Pune City, Marcelinho is currently playing for Hyderabad FC, the club which replaced Pune. And the Brazilian has already scored 2 goals in 3 games. Marcelinho’s current tally is 26 goals in just 49 games and he will definitely look to climb up the list by the end of this season.

Former Leicester City striker was one of the biggest attractions in the first few seasons of ISL. The Canadian was Kerala Blasters’ main man in the inaugural season and led the team to the final with 5 goals and 3 assists.

After making a switch to ATK for the second season, Hume scored 11 goals but lost to Chennai in the semi-final. But he made up for it in the next season, scoring 7 goals and winning the title with Kolkata.

Hume returned to Kerala for 2017-18 and despite an injury ridden season, scored 5 goals. The Canadian joined FC Pune City for the fifth season of ISL but could score just one goal in 10 appearances.

The 36-year old is not part of any team in the ongoing season. But with his 28 goals 69 games and most hat-tricks in the ISL history, 3, Hume has made sure there will always be a page for himself in the league’s history.

Sunil Chhetri and goal-scoring records go hand in hand and ISL is no exception to that. The Bengaluru FC forward is the all-time Indian top goal scorer in ISL with 30 goals in 60 games.

The Indian captain made his debut in 2015, playing for Mumbai City. He scored 7 goals in 11 games but could not help the club with the top four finish. In 2016, despite Mumbai’s exceptional season, Chhetri failed to open his account in 6 games. His chances were limited due to national commitments and the presence of legendary Diego Forlan in the side.

The forward signed for Bengaluru FC, now an ISL club, after having represented them in I-League in the past. In the 2017-18 season, Bengaluru’s debut ISL campaign, Chhetri was the top Indian scorer with 14 goals. The club made it to the final but lost 2-3 against Chennai despite Chhetri opening the scoring in the 9th minute.

In 2018-19, Chhetri was once again top-scoring India with 9 goals which were this time enough to win the title. He is yet to open the account this season, but 30 goals in 60 games is a brilliant record for India’s all-time top scorer.

Spaniard forward Ferran Corominas, or simply Coro joined FC Goa for the fourth season of ISL. Before coming to India, the Spaniard had represented a number of clubs in La Liga. And it took him little to no time to get going in ISL.

Since his arrival, no one has come anywhere near Coro in terms of goal scoring. The forward is a Golden Boot winner in both the seasons he has played so far. In his debut season, Coro scored 18 goals in 20 games, most by any player in the single ISL season.

The Catalan’s sublime form continued in his second season with 16 goals in 20 games. Coro once again won the Golden Boot and came much closer to the ISL title, losing the final to Bengaluru FC. Now in the footballer’s third season with FC Goa, Coro has taken his goal tally to 36 with two goals in three games in the ongoing season so far. The forward’s goal tally is exceptional, to say the least with 36 goals in just 43 games – that’s 0.85 goals per game!

Chinmay Pagar
I might be a Mechanical Engineer on the paper, but I was a Sports enthusiast since childhood, screaming at the TV watching cricket at the age of 4. Not much excites me other than sports unless it's free pizza. I can watch literally anything remotely related to sports; Cricket, Football, Tennis, F1, Hockey, Athletics, Chess, you name it! And I love to write too, so at the time I'm not watching sports, I'm writing about it. Or eating pizzas, of course.
Previous article10 Best defenders in ISL of all time [updated]
Next articleKerala Blasters FC vs Odisha FC Dream11 Prediction 2019 | KBFC vs ODS

Somali football legend Abdulkadir Mohamed Farah passed away due to COVID-19 on Tuesday. He was admitted at the NorthWest London Hospital and passed away...
Read more
Football

India, on Friday, lost one of its brightest football player, coach and Technical Director in Pradip Kumar Banerjee who passed away at a private...
Read more

Top 10: List of best squash shoes in an affordable range

Indian Super League 2018-19 Schedule- All about the New format