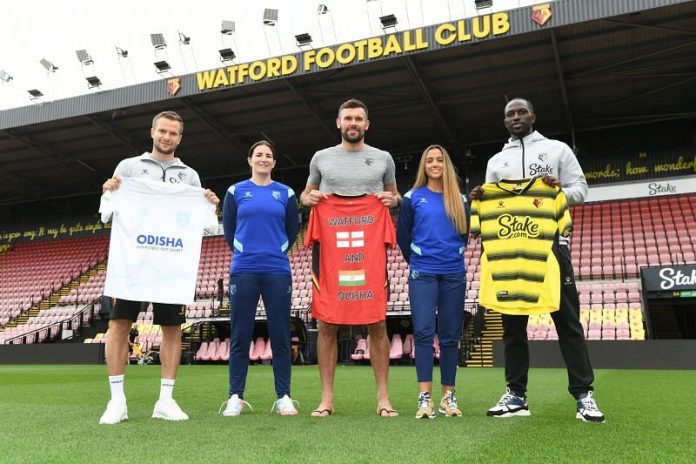 It is a three-year partnership agreement. According to the partnership agreement, the English club will help Odisha FC set up youth systems. Players of Odisha FC’s youth teams will also get an opportunity to train with Watford’s academy team. The partnership also entails both the clubs supporting each other through scouting and training for upcoming footballers to promote grassroots development. The club will also work hand in hand to promote women’s football in the state as well as across the nation. Friendly matches will be set up between their respective women’s teams as well.

The first team will also get the opportunity to travel and train at Watford’s facilities in England. And play against each other in pre-season and friendlies. It will also give an opportunity for promising Indian players to be scouted by Watford FC and play in the topmost league. Both the clubs will cooperate in the tactical and technical aspects of the game as well.

They will also share ideas in the management of the teams as well, in terms of marketing and social media presence. This will help the sport’s fanbase grow in the region.

#ANewDawn in the truest sense. We are delighted to announce a three year International Club Partnership with @premierleague club, @WatfordFC.

This partnership is poised to alter the landscape of football in Odisha.

“We are excited and proud to announce a  partnership with English Premier League club Watford FC. With both clubs looking to grow their brands globally, the partnership provides a unique platform to not only share best practices in all areas of our club but enhance the development of future players. Odisha FC’s president Raj Athwal said in a statement

In the past, many other Indian clubs have also inked major international partnerships. East Bengal was the 1st prominent club in India to do so. They partnered with Ex EPL and current FA Cup champions Leicester City FC. Hyderabad FC has a partnership with German Giants Borussia Dortmund. Current ISL champions Mumbai City FC is a part of the City Football Group conglomerate. It also owns Manchester City and New York City FC. Atletico de Kolkata which is now ATK Mohun Bagan had a deal with Spanish champions Atletico de Madrid in the past.