Two bib clad footballers on their mobile on the sidelines of what looks like a football training ground watch Arjen Robben score a goal and subsequently celebrate to remark, “Iss level ke saamne kuch to missing hai yaar,” which translates to ‘There’s definitely something missing when you compare it with this(European Level). The oh-so-flamboyant Ranbir Kapoor who also happens to be the owner of Mumbai City FC appears out of nowhere in the commercial of ISL 2018 and exclaims, “Indian Football mei missing hai, hum jaise fanon ka pyaar.” Again which translates to ‘What Indian football is missing is the fans’ love.’

The millennial in me wants to scream, “Woah! How convenient bruhh. You just gonna blame it on us now.” But I continue watching. For I know I won’t have to cringe for too long. In the 50 seconds that follow which is supposedly a promo for the fifth season of ISL beginning on Sep 30th, the only footballer who gets screen time is a certain Sunil Chhetri. He is clearly outnumbered by the Bollywood Stars, cricketers and Nita Ambani.

In the 1-minute long promo, there is one footballer, 3 Bollywood Superstars (If you consider John Abraham and Abhishek Bachchan as superstars), 2 cricketers and one Nita Ambani. And yet what Indian football is missing is fans’ love.

"It’s a new season, it’s a new day and we’re going to fight to live another day"

The promo of ISL 2018 does make a demand to the Indian football fans. FanBannaPadega is what they put forth to the fans or people waiting for ISL 2018-19. Did it ever occur to ISL that they actually did not look at this aspect during the first 4 seasons? Did it ever occur to them that if they had focused more on the fans’, ISL wouldn’t have to deal with the ever-dwindling attendances every season? Isn’t it obvious that Luis Garcia, David James, Marco Materazzi will get the crowd started but it wouldn’t get them to continue for the 2nd season and onwards? Did it ever occur to them that Priyanka Chopra, Katrina Kaif and Salman Khan are not the solutions to get people to watch football? 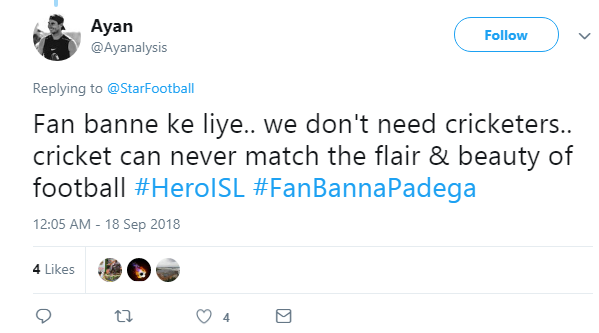 NO OPENING CEREMONY, NO BOLLYWOOD!!

Now, a full 4 seasons later the ISL is trying to mend its ways a lot of steps at a time. First, there will be no cringe-worthy Bollywood performances right before the start of a league. It finally did occur to them that a dance performance will only get the missus to watch the TV (only for the opening ceremony) and not the mister. Mrs.Ambani finally caved into fans’ pressure. Imagine you’re about to watch a new season of a football league after a gap of half a year but before that, you get to see Salman Khan gyrating his hips pretending himself to be a tough cop. Just doesn’t add up. There will, however, be the half-time performances by football freestylers, advertisers and movie promotions. 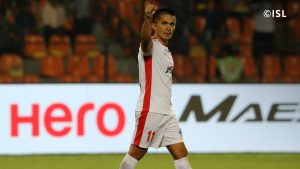 It’s sad that you’ve to get movie stars to get people to watch football. It should’ve been the other way round but alas AIFF. For all the hegemony by BCCI in the cricketing world and the corruption charges on it, it has made sure that there isn’t a single match which in the country gets delayed due to things like these. Maybe AIFF can take a cue from this. Albeit from a fan’s perspective, at least it’s a start.

Another major breakthrough ISL 2018 is going to witness is the effect of IMG pulling out. IMG, a global management brand has been in the thick of the action in sports, entertainment and fashion events in this country. While IMG have pulled out of the ISL, they still largely remain a part of Chennai Open, Lakme Fashion Week and jointly organize IPL with BCCI under the latter’s account. This will be the first season under the aegis of Reliance and Star India. When ISL was launched, IMG was brought in to take football globally. This move has certainly raised more than a few eyebrows. That being said, India’s premier football competition is going to get bigger and hopefully better this time around. Some of the changes are here to stay. 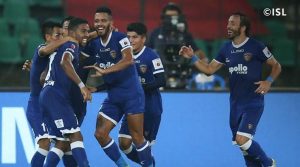 ISL 2018 is longer than ever and so the players and fans deservedly need a break. An international break in January to get rid of the fatigue from all the footballing action. Fret not because our national team has it covered. India will embark on their Asian dream in the same period. AFC Asia Cup will be held in the month of January in UAE. Come what may, what lies ahead is an exciting season with renewed vigor. We look towards the future with everlasting belief and undying support.

#FanBannaPadega campaign by ISL is as ambiguous as it gets. For first, it doesn’t sink in if it’s a plea or threat. Even if it’s a plea, do they mean to say that the faithful who have been following their favorite teams from the start of ISL is not valid anymore and that we’d have to renew our identity? Have they finally realized that fans form the heart of any game? And they should cater to us more than the team owners, businessmen, and the Bollywood stars?

I hope ISL, in a few years’ time, doesn’t have to come up with a hashtag #FanRehnaPadega. Football is here to stay. Maybe one day we can say in unison. ‘Football, you’ve arrived.’

Truly the phrase coined by Blue Pilgrims fits in perfectly to describe the current climate. It is a period of Inquilab-e-Indian Football.

Sumukh Padukote
Thoroughly believe in the motto 'A life without sports is a life wasted' which was coined a long time ago by my father. If not for writing on sport, I'd be on a couch watching a sports channel and dissecting it to needless levels. Thus, the high number of ranting posts. The only other thing I'm good at is unsuccessful bottle flips.
Previous article10 Things India did for the First Time in the Asian Games 2018
Next articleAsian Games 2018: 5 consecutive gold medals by girls