India’s U-19 cricket teams have produced some of the most talented cricketers, many of whom have went on to represent the senior team. Many of these like  Virat Kohli, Yuvraj Singh, Ravindra Jadeja, KL Rahul, Harbhajan Singh, etc. have been an asset to the Indian team for a long time. The most recent batches of the youngsters were nurtured by none other than Rahul Dravid, who took a group of talented teenagers all the way to the 2018 U-19 World Cup title. Some of the big names to come out of this batch were Rishabh Pant and Prithvi Shaw who have shown their class both at the domestic level as well as the International level. There is one more player who is equally talented. Although he didn’t receive international exposure like his famous teammates, he is nonetheless billed for big things. This is the story of Ishan Kishan.

Ishan Kishan was born on 18th July 1998 in Patna, Bihar. He was brought up in Patna itself till 2013, which is when he decided to move to Jharkhand, the reason being that the board of Jharkhand was more flexible and offered better opportunities. In 2014, Ishan made his debut for Jharkhand against Odisha at the tender age of 15. The left-handed batsman went on to score very useful 60 runs in his very first innings and grabbed the attention of the U-19 selectors.

Kishan has played a key role in the Jharkhand team in the past 4-5 years. In a 2016/17 Ranji Trophy match, Ishan scored a mammoth 273 against a good bowling lineup of Delhi. In this innings, he smashed 14 sixes, which is the most number of sixes hit by any batsman in a Ranji Trophy innings. This later turned out to be the highest score by any batsman who has represented Jharkhand. In the 2017/18 season, Kishan was the highest run-getter for Jharkhand with 484 runs in just 6 matches. He was also Jharkhand’s highest run-scorer in the 2018-19 Vijay Hazare Trophy with 405 runs in just 9 matches.

Ishan was named in the India C squad for the 2018-19 Deodhar Trophy after his magnificent run in the previous domestic season and ended up scoring a crucial century in the final which helped India C win their maiden title.

The flamboyant batsman scored an unbeaten century against Jammu & Kashmir in the 2018/19 Syed Mushtaq Ali Trophy in February 2019. He also scored another unbeaten century of 113 against Manipur in the very next match and recorded back-to-back centuries for himself.

Although Ishan was contributing well with the bat for Jharkhand, his career’s turning point came in the Ranji Trophy match against Saurashtra. The match was being played in Rajkot’s Madhavrao Scindia Cricket Ground. The groundsmen had made a pitch that had dust coming out of it from the very first over. It was an extremely turning wicket and Jharkhand was batting first. The whole batting line-up collapsed on the very first day but the only batsman who gave his 100% was this 17-year-old boy from Patna. He was facing world-class bowlers like Ravindra Jadeja but still managed to play a very important knock for his team.

Jharkhand collapsed for 168 but it was Ishan Kishan who played a breath-taking brave knock of 87 in just 69 balls. After dismissing Kishan, Ravindra Jadeja even patted him on his back. This knock was well appreciated even by the ‘Wall of cricket’- Mr. Rahul Dravid and was one of the reasons of making Kishan as the captain of India for the U-19 World Cup 2016 in Bangladesh.

As mentioned earlier, Ishan’s innings against Saurashtra earned him a spot in the U-19 World Cup 2016. Based on his domestic performance, Ishan was made the skipper of the side which starred extremely talented cricketers like Rishabh Pant, Sarfaraz Khan and Khaleel Ahmed. Ishan didn’t have a great outing with the bat as he scored only 73 runs in 6 innings. He seemed to be in trouble whenever the conditions were seam friendly. However, Ishan completely impressed all of us as a captain by winning all the 5 matches and reaching the finals undefeated.

In the final match, the Indian batting got exposed to a brilliant bowling performance by the West Indies and collapsed for a total of 145. Ishan managed to put only 4 runs on the scoreboard. However, Ishan led the Indian fielding pretty well in the second innings. Even after having almost nothing to defend, the Indian bowling was able to take the match to the very last over. It was Keemo Paul who hit Khaleel Ahmed for a four and sealed the ICC U-19 World Cup for the West Indies in 2016. Even after losing the match, the young Indian team was appreciated by everyone for putting up a great fight, thanks to Ishan’s mature captaincy.

After his reasonably good 2015/16 domestic season, Ishan Kishan was picked up by the brand new franchise Gujarat Lions in IPL 2017. He had a decent tournament with the bat in 2017 as he scored 277 runs in his 11 innings, which included 29 fours and 11 sixes. Ishan played at a blistering strike rate of 134.46 in that season. In one of the games against RCB at Rajkot, Kishan played a magnificent inning of 39 off just 16 balls and almost won the game for Gujarat Lions. However, RCB won the match by 21 runs.

A lot of franchises were attracted by Ishan’s attacking approach in the 2017 season and hence Mumbai decided to buy him at a huge price of ₹6.2 Crore! Ishan Kishan was the only uncapped wicket-keeper bought by any team in IPL 2018 Auctions. Although Kishan’s form wasn’t consistent throughout the tournament, he managed to score 275 runs in 14 innings at an explosive strike rate of 149.45.

He showed what he was capable of in the match against Kolkata Knight Riders at the Eden Gardens. Ishan scored an unbelievably aggressive inning of 62 in just 21 balls! Ishan smashed the likes of Sunil Narine, Kuldeep Yadav and Andre Russel all over the ground and got to his half-century in just 17 deliveries!

However, Ishan didn’t have a good outing in the 2019 season as he managed to score only 101 runs in 7 innings. He was replaced by Quinton De Kock as the keeper of the Mumbai Indians lineup, as they lifted the trophy for the 4th time in 2019.

In 2018, Ishan Kishan’s net worth was estimated to be ₹8.3 crores. His net worth has increased almost by 5 times in this year, compared to ₹1.5 crores in 2017, thanks to Mumbai Indians who bought him for ₹6.2 Crores in the 2018 Auction. CEAT Tyres signed a ₹1 Crore deal with Ishan in 2018, for sponsoring his bats. The majority of his income comes from IPL, domestic match fees, and endorsements.

Ishan started his schooling at Delhi Public School, Patna. He graduated and got his degree from the College of Commerce, Patna. Ishan’s elder brother Raj Kishan is a former state-level cricketer. Both of them used to play cricket for the same local team. However, Raj sacrificed his cricket career for his younger brother as he believed that Ishan was more talented and had the caliber to do better than him.

Meaning: In the year 2019, Ishan Kishan got his left forearm inked with the tattoo of ‘Sculpture Portrait’. The tattoo is inspired by Roman culture. The tattoo is designed by Sunny Bhanushali. 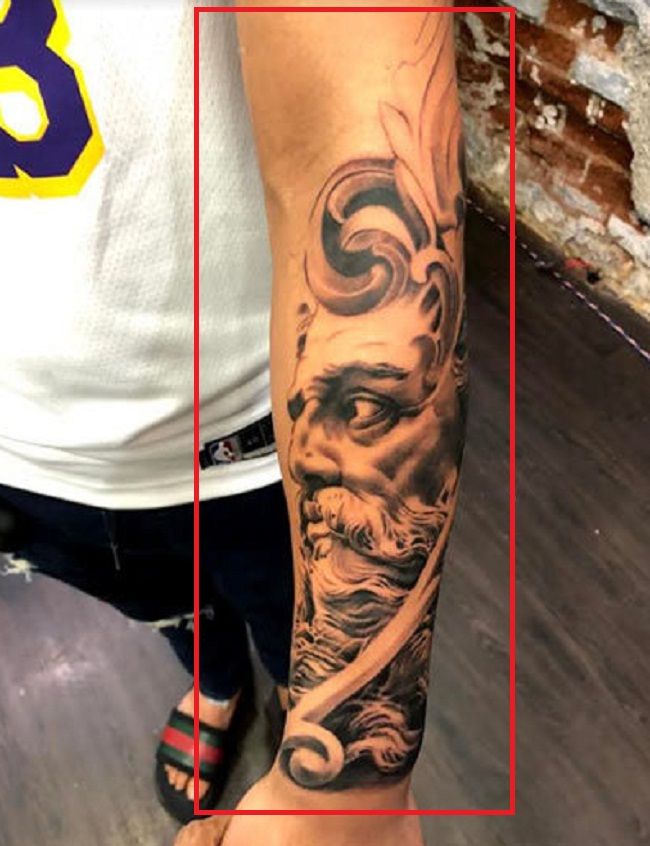 ‘Trust Your Struggle’ tattoo on his chest. 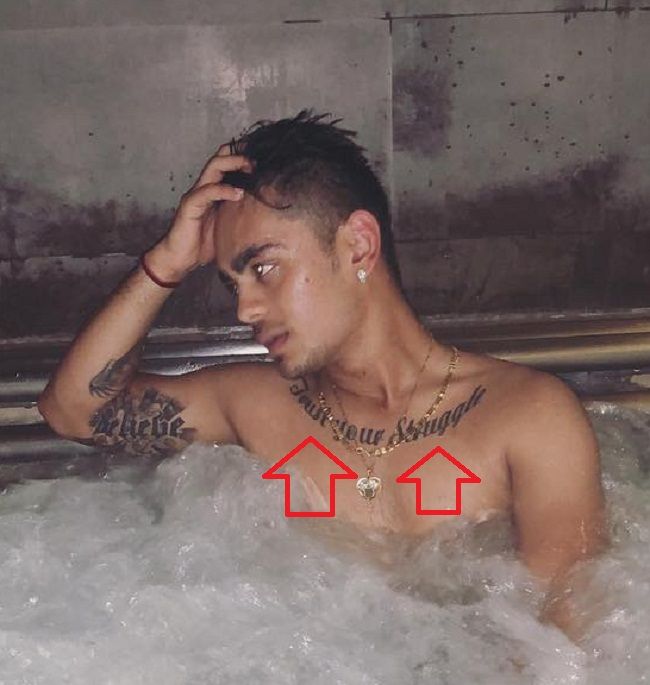 ‘Portrait of Sai Baba’ tattoo on his right forearm. 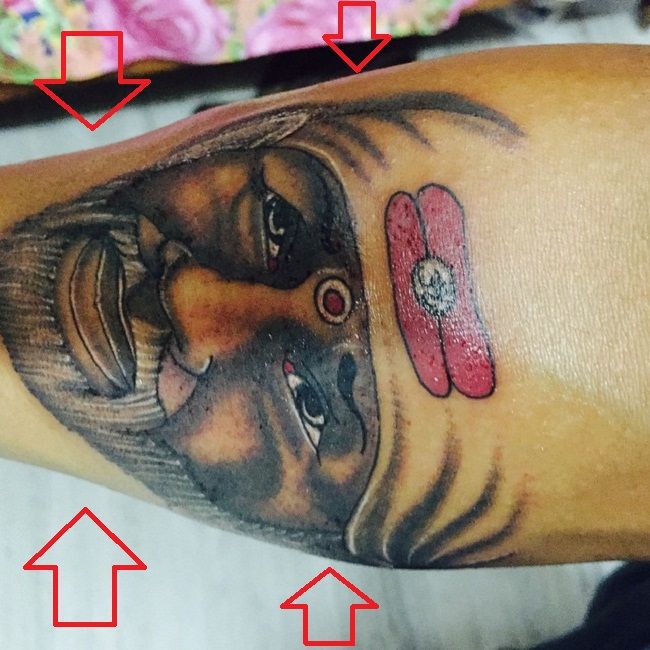 ‘Believe’ tattoo on his right arm 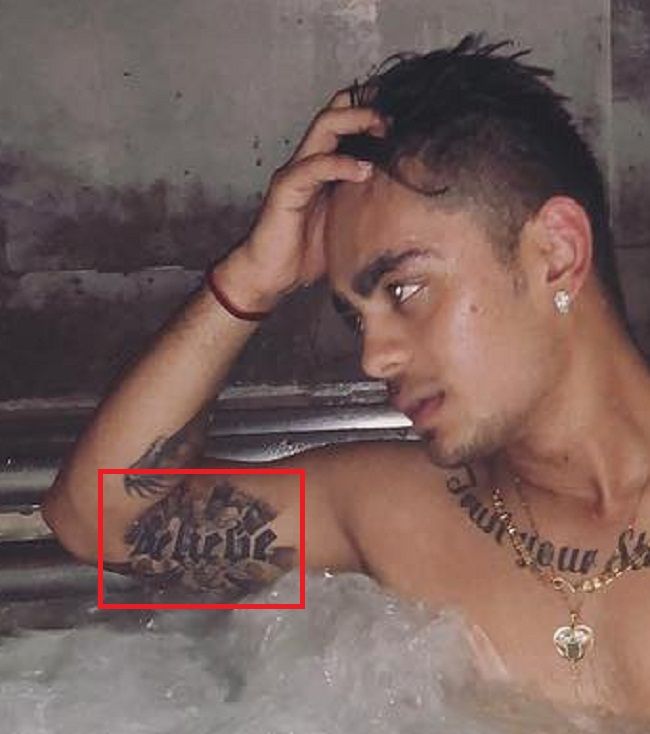 ‘Roses’ tattoo on his right forearm. 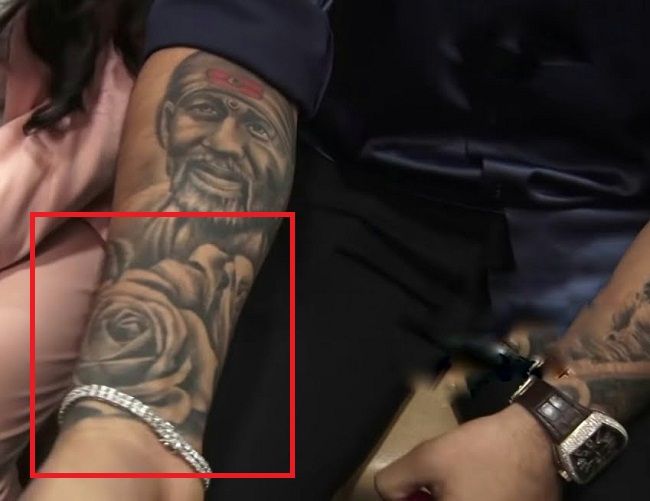 Shashwat Chaturvedi
I am a media student, looking forward to specialize in either journalism or advertising. I'm a very big fan of the beautiful game of cricket and started following it because of MS Dhoni 14 years ago, when I was just 5.
Previous articleEvery time Rohit Sharma hit double centuries [Updated 2019]
Next article5 Lowest Score in Test Cricket of All Times [2020 Updated]