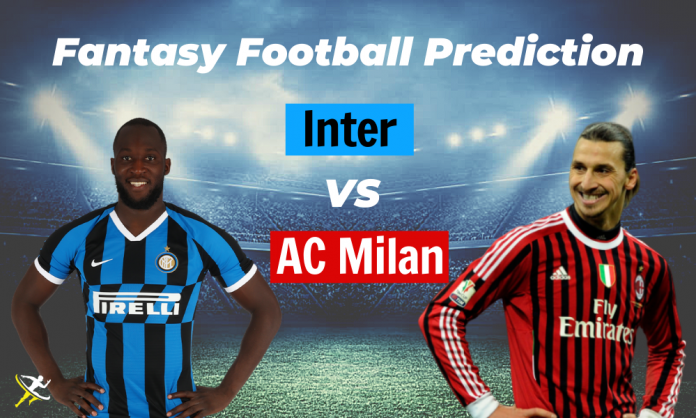 The 23rd match-week of the Serie A brings us a match between Inter Milan and AC Milan at the San Siro Stadium on 9 February. Inter Milan have turned back the clock and are challenging Juventus for their first league title since the 2009-10 season. The Nerazzurri currently sit 3 points below leaders Juventus.

On another hand, their city rivals AC Milan are currently on a 12 match unbeaten streak and sit on 9th place. A victory for Inter will increase the pressure on Juventus, who have been unchallenged in the Serie A for almost 9 years now. However, AC Milan, who has just 1 win in their last 5 Milan Derbies, will look to pull out a surprise.

Let us have a look at the two teams.

Inter Milan is locked in a fight by the teeth for the Serie A title this season, with just three points dividing them and league leaders Juventus. The addition of quality players like Romelu Lukaku and the recent arrival of Christian Eriksen has brought a fresh spark into the Blue and Black side of Milan.

With a potential title clash hanging over their heads in March, What better way to start it by beating their city rivals, who are unbeaten since November.

Attentions turn to the #DerbyMilano ????

AC Milan has done well to bounce back after 4 defeats in the first 6 games. They also have won five of the seven games played since the start of the new year. Spearheaded by a returning Zlatan Ibrahimovic, AC Milan goes into the game 7 points from the Champions League spot.

AC Milan has a hard week ahead of them with first Inter and then Juventus in the Coppa Italia. This week could potentially decide how their season could turn, as a victory in both the games will take them closer to a CL spot and Italian Cup finals. However, a loss would put them farther away from CL in the next season.

30% – Samir Handanovic has saved 24 of the 79 penalties faced in Serie A, 30%. Insurmountable. #InterAtalanta

AC Milan LB Theo Hernández has scored a goal, assisted or created a big chance in 9 out of his last 10 starts. That’s an incredible run of form.

Marcelo Brozović completed the most passes this year in Serie A. Research more stats like this on our site! https://t.co/j47r3dl3ST

Romelu Lukaku continued his impressive form over the weekend ?

How many goals do you think he will score this season? ?#ForzaInter #SerieA

Manan Dharamshi
I usually describe myself with three 'F's, i.e, Food, Football and Films. Born and Brought up in Bangalore since the mid-1990s, I have always had a huge interest in playing football, cricket and watching other sports. People who know me always tell I bleed football. Sports, and Football, in particular, has helped me through hard times and helped me to shape my view on the world. And that is one of the reasons why I want to serve as a Sports Journalist.
Previous articleBFC vs CFC Dream11 Prediction 2020 | Bengaluru FC vs Chennaiyin FC
Next articleThis is how Coronavirus has affected Indian Women’s Hockey team